A powerful typhoon expected to approach western and eastern parts of Japan over the weekend could bring heavy rain and strong winds, the weather agency warned Friday.

Although Typhoon Chan-hom, the season's 14th, is unlikely to make landfall, it is expected to bring high waves and could even trigger mudslides, flooding and swollen rivers, the Japan Meteorological Agency said. 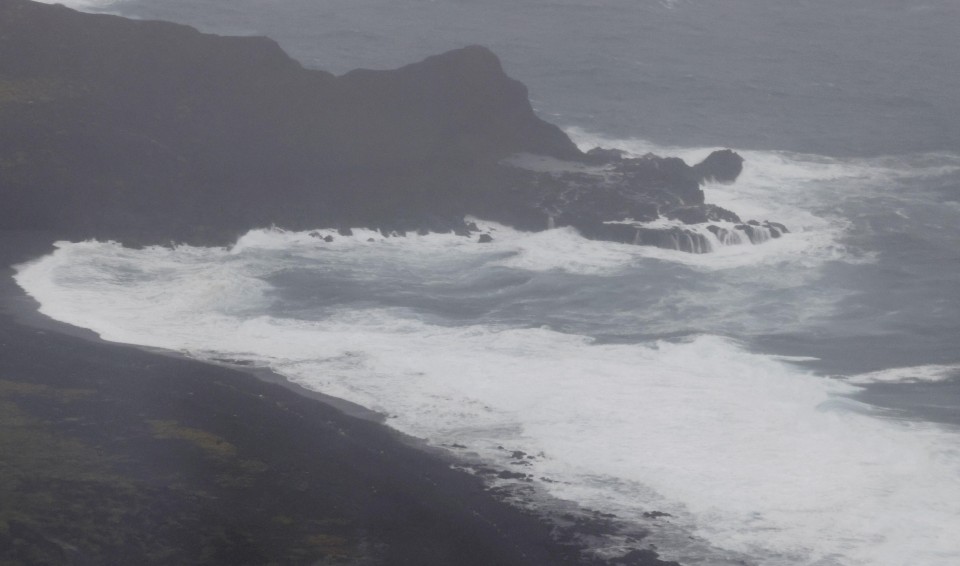 Waves crash against the shore on Miyake Island in the Izu island chain on Oct. 9, 2020. (Kyodo)

Prime Minister Yoshihide Suga called on people in areas likely to be affected to take necessary steps, telling a government meeting, "As heavy rain is feared during the night, I would like citizens to watch out for information from local governments on whether evacuation is needed and not hesitate to act."

The typhoon is forecast to approach western Japan through Saturday and the Tokai and Kanto regions in central and eastern parts of the country through Sunday, according to the agency.

Together with an active rain front, the typhoon is projected to bring extremely heavy rain with thunder in areas along the Pacific coast, in particular the Tokai region centered on Nagoya, it added.

The typhoon is forecast to have a maximum wind speed of 126 kilometers per hour in wide areas, including the southern Kyushu, Shikoku, Kinki and Tokai regions.

In the 24 hours through noon Saturday, rainfall of up to 400 millimeters is projected for the Tokai area, up to 300 mm for the Kinki region, and up to 200 mm for the Izu island chain and the Shikoku region.

As of 4 p.m. Friday, the typhoon was located about 230 km south-southeast of Cape Ashizuri in Kochi Prefecture heading north-northeast with an atmospheric pressure of 970 hectopascals at its center and packing winds of up to 180 kph, according to the agency.