Finance chiefs of the Group of 20 major economies agreed Wednesday to extend their debt relief program for poor nations by six months beyond the end of the year to allow them to continue to take measures against the coronavirus pandemic.

In a joint statement released after their videoconference, the G-20 finance ministers and central bank governors also endorsed delaying a multinational deal on new taxation rules for globally operating technology companies like Google LLC and Apple Inc. to mid-2021. 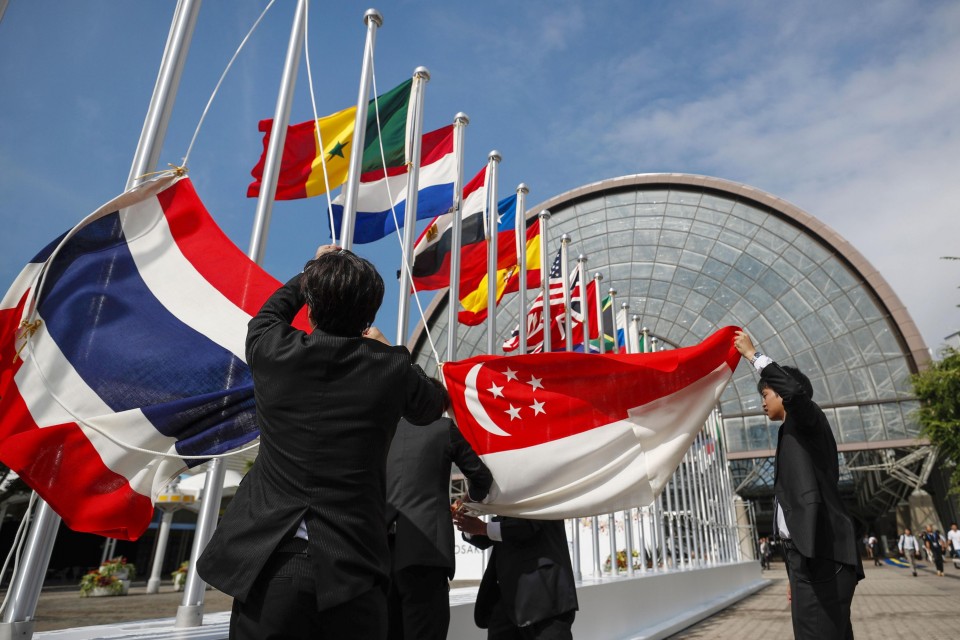 On the global economy, they noted signs of recovery from the pandemic but also said the pace of upturn has been uneven among the member nations and that downside risks remain.

"In light of the continued liquidity pressure, while progressively addressing debt vulnerabilities, we agreed to extend the DSSI by six months," the communique said, referring to the debt relief effort, called the Debt Service Suspension Initiative.

The finance chiefs also said they will discuss in April whether a further six-month extension will be necessary.

Launched in May by the G-20 and Paris Club traditional creditor nations, the initiative aims to enable developing countries to spend more on fighting the health crisis.

The focus was on whether China, a major creditor to the developing world, would support the extension of the program.

Last month, finance ministers from the Group of Seven industrialized nations, which make up part of the G-20, said in a statement that some countries are mitigating the effectiveness of the initiative by classifying state-owned financial institutions as private lenders to avoid being covered by the program.

On Wednesday, the G-20 said that all bilateral lenders must carry out the initiative "fully and in a transparent manner."

"We are disappointed by the absence of progress of private creditors' participation in the DSSI, and strongly encourage them to participate on comparable terms when requested by eligible countries," the statement continued.

The G-20 also underscored that they might need to implement debt treatment beyond the DSSI, signaling that they are considering forgiving some of the debt.

On the proposed digital tax, the G-20 backed the announcement on Monday by the Organization for Economic Cooperation and Development that it would delay a deal to mid-2021.

Over 130 countries, including OECD members, originally aimed to wrap up talks this year on a new taxation framework for global digital giants also including Facebook Inc. and Amazon.com Inc. that are seen as not paying their fair share of taxes by taking advantage of low-tax jurisdictions.

But the pandemic as well as disagreements over U.S. proposals have stalled the negotiations.

Washington has opposed targeting major American tech firms and sought to set a "safe-harbor" condition, which would allow companies to choose to operate under the current taxation rules.

European nations have pressed for taxing them appropriately where they make huge profits. The existing taxation rules are based more on where companies' permanent offices and plants are located rather than where they make their sales.

Coordination in responding to economic impacts from the pandemic was also on the agenda.

The finance chiefs said "the outlook is less negative with global economic activity showing signs of recovery." But they also said "the recovery is uneven, highly uncertain and subject to elevated downside risks."

"We reaffirm our determination to continue to use all available policy tools as long as required" to support the global economic recovery, they said.