Coronavirus infections have been increasing rapidly in some parts of Southeast Asia where Japanese firms have operations, raising concerns about possible disruptions to their business.

In Myanmar, where more than 400 Japanese companies are based, virus cases had exceeded 10,000 in late September, a huge increase from about 880 recorded by the end of August. 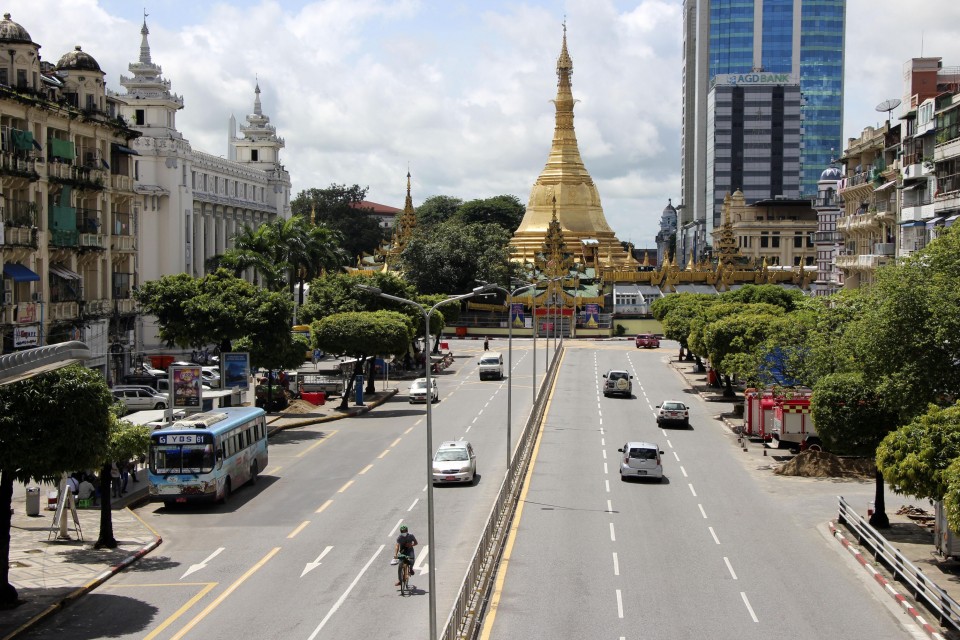 Traffic is scarce on a road in Myanmar's largest city Yangon on Sept. 23, 2020, as coronavirus infections have been increasing rapidly in some parts of Southeast Asia. (Kyodo)

Workers in the country's largest city Yangon have in effect been stopped from going to work except in some industries. A factory run by a major Japanese manufacturer that employs over 1,000 locals was forced to halt production temporarily after detecting infections among its workforce.

"Some workers cannot come to work because their families, worried about infections, don't want them to," the company's president said.

Yuko Wakamatsu, head of Japan Outsourcing Service Co., an accounting office in Yangon whose clients are mostly Japanese firms, says her main concern is how to protect herself from the virus.

"Myanmar's medical care is weak and therefore cannot be relied upon," Wakamatsu said. "I'm under constant strain because as someone in charge of ground operations, I cannot afford to get infected."

Indonesia, where roughly 1,500 Japanese companies operate, has the most virus-related deaths among the 10 countries that make up the Association of Southeast Asian Nations, with over 11,000 fatalities.

Facing a possible collapse in the country's health care system, the capital Jakarta has reimposed restrictions on the movement of people.

Areas near Jakarta are home to more than 10 industrial parks that host a number of factories belonging to Japanese companies. Multiple companies saw clusters of infections emerge there between August and September.

During the pandemic, the Indonesia subsidiary of Hagihara Industries Inc., a major plastic-fiber manufacturer based in the western Japan prefecture of Okayama, saw a sharp fall in sales of its mainstay products.

But the subsidiary is also expecting an order for waterproofing about 500,000 pieces of protective gear for health care workers. 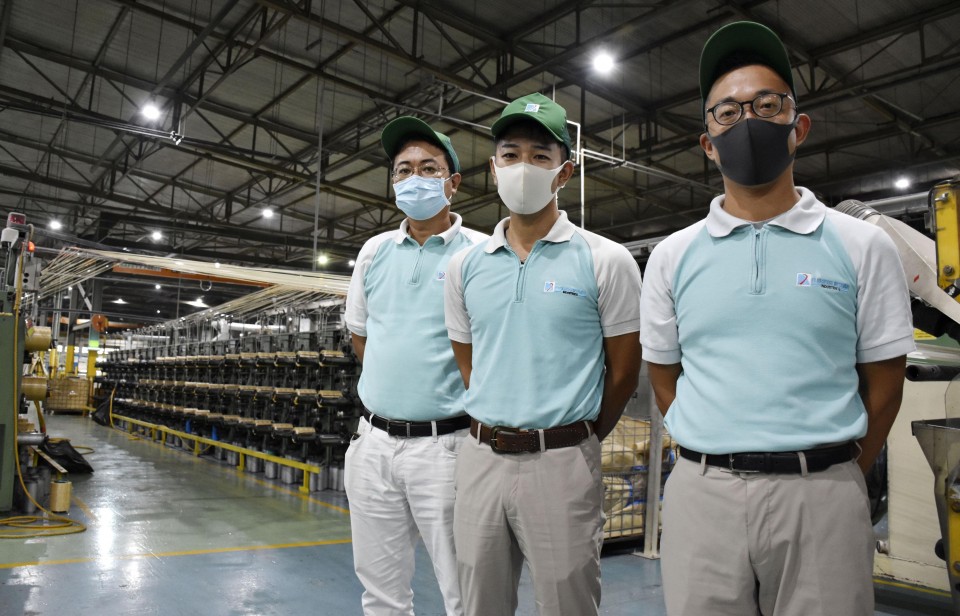 Norikazu Ishida (C), president of the Indonesia subsidiary of Hagihara Industries Inc., a major plastic-fiber manufacturer based in the western Japan prefecture of Okayama, poses for a photo at the company's plant in Karawang Regency of West Java on Sept. 23, 2020, wearing a face mask as coronavirus infections have been increasing rapidly in some parts of Southeast Asia. (Kyodo)

Norikazu Ishida, the subsidiary's president, said while there have been some unexpected business opportunities, he feels anxious.

With the Indonesian government continuing to find itself one step behind the virus and with no financial aid to businesses, he said it looks as though Indonesia has been "left behind" in relation to its ASEAN peers.