Prime Minister Yoshihide Suga instructed his government on Wednesday to draw up plans to stop using "hanko" seals on administrative documents, a tradition that has been criticized as outdated and necessitating face-to-face interaction that risks spreading the coronavirus.

"I want all ministries to compile a comprehensive review of their administrative procedures in the near future," Suga told a meeting of the Council for Promotion of Regulatory Reform, an advisory panel of members from the private sector and academics. 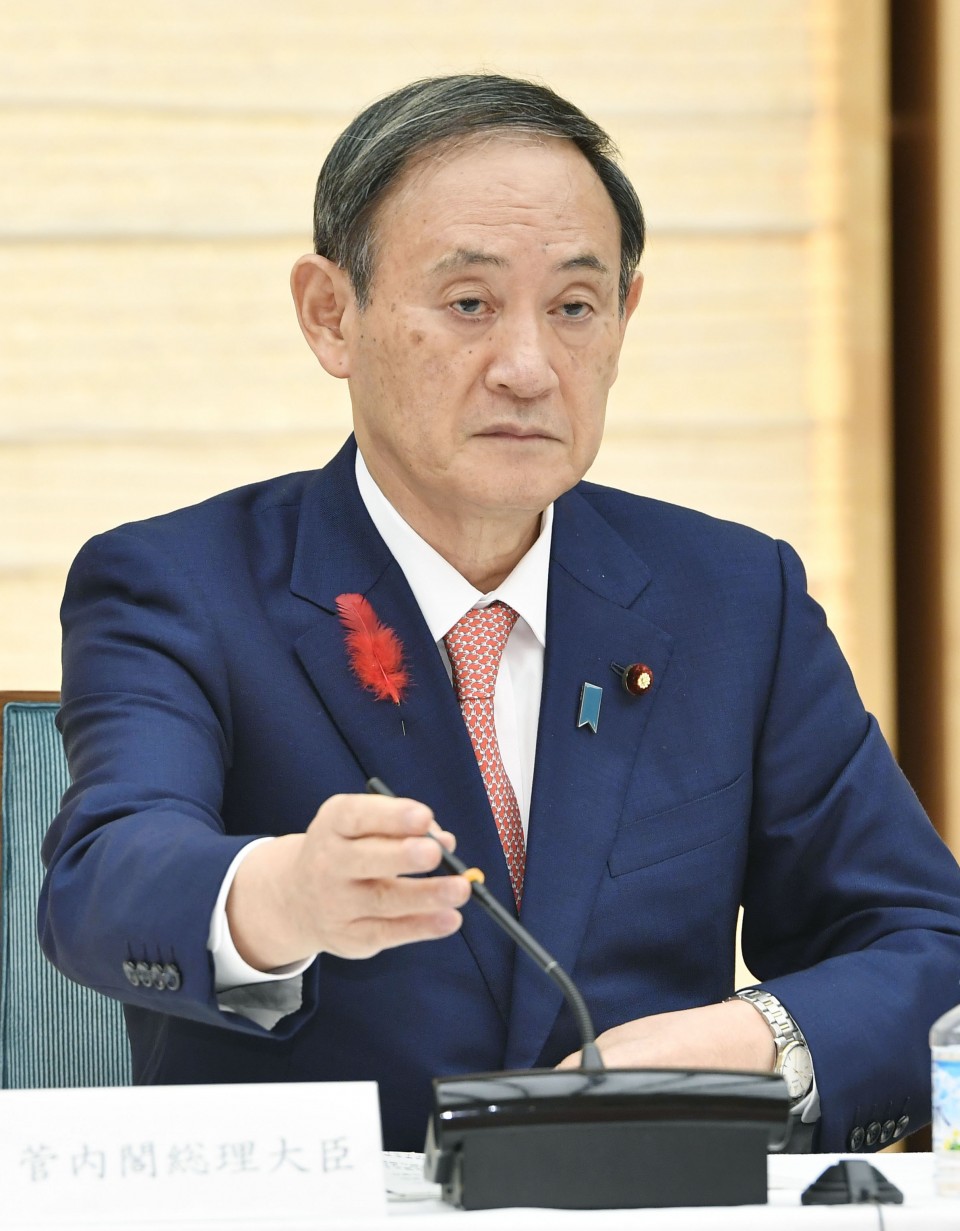 Japanese Prime Minister Yoshihide Suga attends a meeting of the Council for Promotion of Regulatory Reform in Tokyo on Oct. 7, 2020. (Kyodo)

Hanko are widely used in Japan for signing contracts, business transactions and various administrative procedures, including enrolling in the national pension program.

As the seals need to be pressed onto physical copies of documents, they are seen as hindering efforts to maintain social distancing amid the COVID-19 crisis.

Kono has said he hopes to submit legislation to address the issue to next year's ordinary Diet session, and that he also wants to reduce the use of fax machines.

At Wednesday's meeting, Suga stressed the need for online medical consultations, which have been deregulated as a special measure against the coronavirus, to become a permanent option.

The prime minister, who took office in mid-September, also reiterated his push for distance learning to be made more widely available, saying such technology "should be taken full advantage of in the digital age."