The Philippine government said Friday that its decision to resume oil exploration in the disputed South China Sea was a "unilateral" move taken without consultation with China.

The Energy Department said Thursday that President Rodrigo Duterte had approved the lifting of a six-year moratorium on oil exploration in the contested waters off Palawan Island in the country's west. 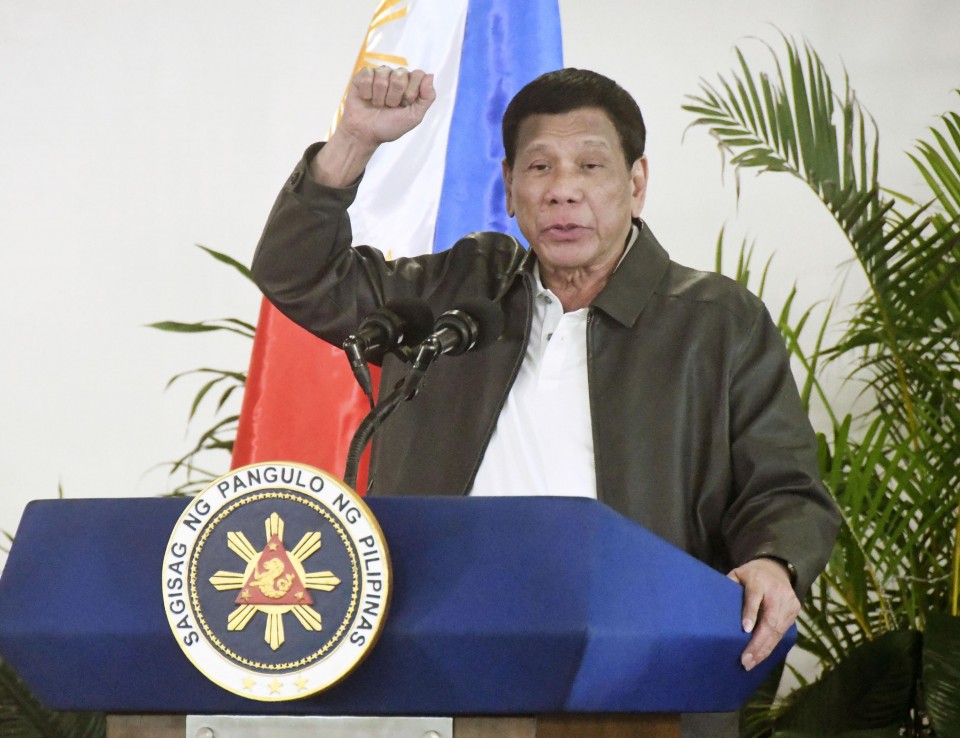 Philippine President Rodrigo Duterte speaks at a press conference in Davao on the country's Mindanao Island on Oct. 6, 2019. (Kyodo)

Energy Secretary Alfonsi Cusi has cited the impending depletion of a natural gas reserve off Palawan for the move, adding that it is imperative to resume exploration within the Philippines' exclusive economic zone.

The moratorium was imposed in 2014 when tensions between the Philippines and China were heightened due to their overlapping territorial claims in the South China Sea.

The department has issued notices to contractors to resume petroleum-related activities in three offshore areas.

Cusi said in an online press conference on Friday that the moratorium was lifted in good faith and would not violate a prior agreement reached with China to find ways to survey the waters.

"There is no prohibition in doing it unilaterally...It's a unilateral action on our part to ask those licensees to restart the activities in the West Philippine Sea."

The secretary added that Chinese companies can still participate if they ask for a license to operate from Philippine authorities.

China on Friday expressed hope that the two countries can cooperate in future joint exploration.

"China and the Philippines have reached consensus on the joint development of oil and gas resources in the South China Sea and have established a cooperation mechanism for related consultations," Foreign Ministry spokesman Zhao Lijian told reporters in Beijing.

"I hope and believe that the two sides will meet each other halfway and promote the joint development to make continuous positive progress."