Prime Minister Yoshihide Suga on Friday vowed to revive inbound tourism, which has been battered by the novel coronavirus pandemic, by compiling measures within the year.

In a speech at Kyodo News' head office in Tokyo, Suga said he will maintain the country's target of attracting 60 million visitors by 2030 and keep working toward it.

"I hope to revive inbound tourism by somehow surviving this coronavirus pandemic," said Suga as he marked one month since he launched his Cabinet. 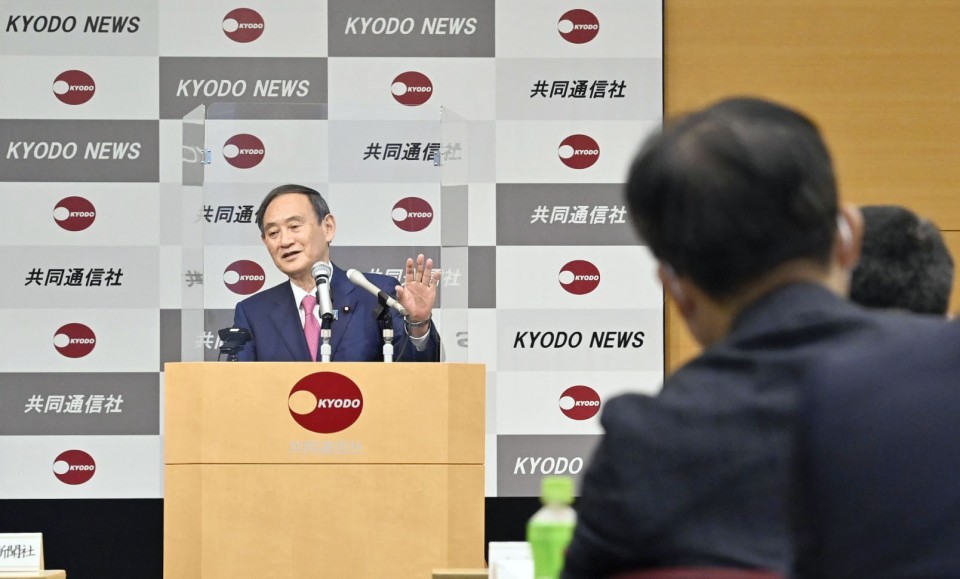 "Unless we balance measures against the novel coronavirus infections and the economy, Japan itself will not be able to keep up," said Suga.

Tourism had been a key part of Japan's growth strategy, but it has been hit hard by the coronavirus pandemic that has halted most international travel. Demand for domestic travel has slowly returned, however, following the launch in July of the "Go To Travel" subsidy campaign.

The 71-year-old premier also pledged to facilitate exports of Japanese farm products so as to raise income outside of metropolitan areas.

Saying his mission is to create an environment in which people feel safe in returning to their normal lives, Suga said he plans to raise Japan's coronavirus testing capacity to 200,000 a day on average, the same level as seasonal flu tests carried out in the country.

He also reiterated his determination to host the Tokyo Olympic and Paralympic Games next summer, saying he wants to hold the major international event "as a proof that the human race has conquered the virus." 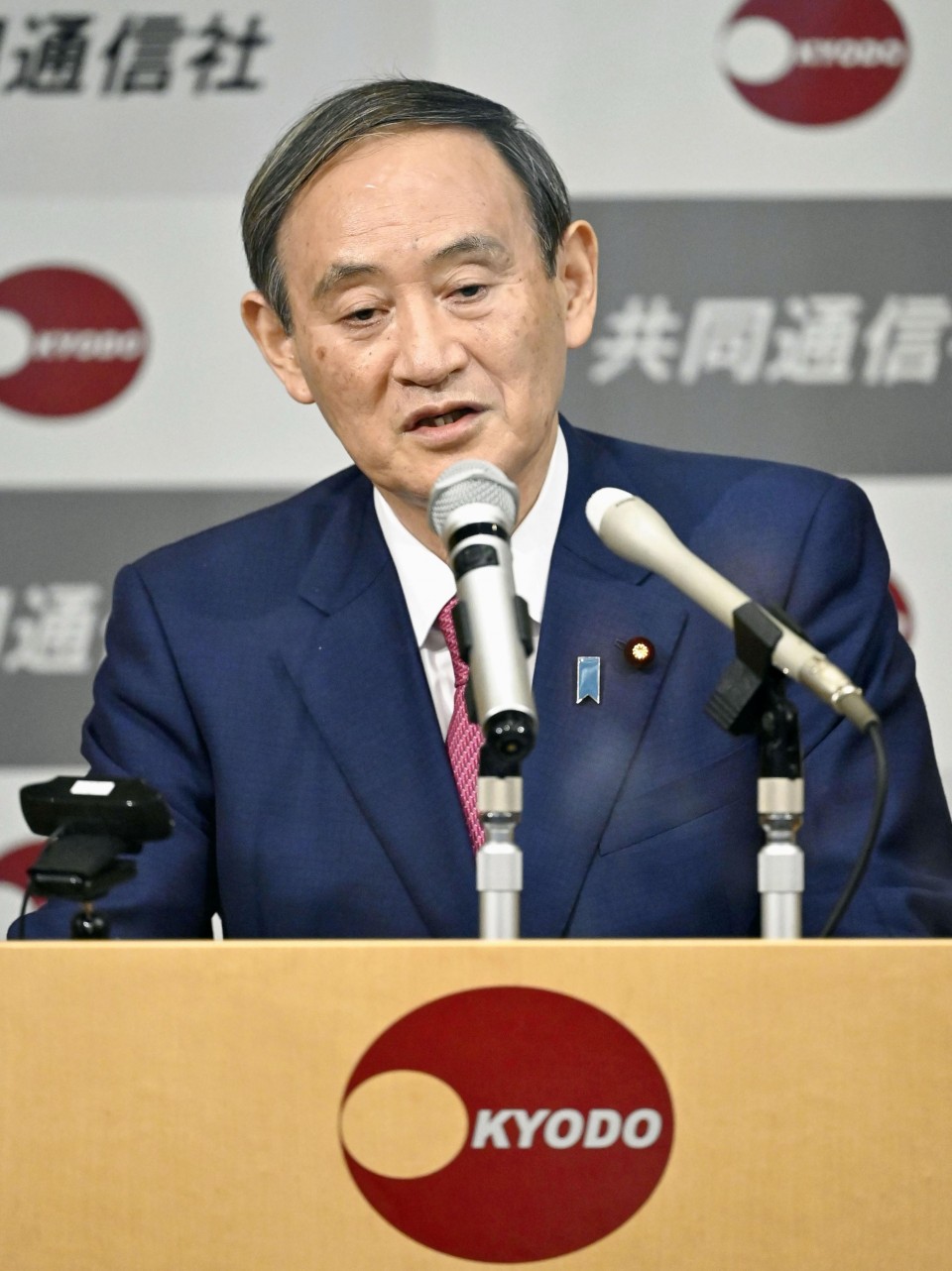 Since taking office in mid-September, Suga has set out to eliminate bureaucratic sectionalism and establish a digital agency to promote the digitalization of government functions.

"I seek to push forward digitalization and make it a major turning point for our society," said Suga in his speech, adding he will realize administrative reforms so that people do not need to visit a government office to complete a procedure.

His reform plans have so far included lowering mobile phone bills and extending public insurance coverage to fertility treatment as he tries to address issues under a "Cabinet that works for the people."

Yukio Edano, leader of the main opposition Constitutional Democratic Party of Japan, said in a separate speech at Kyodo News that Suga has so far failed to present his vision about the country and his policies are a set of unconnected, one-off promises.

"It is unclear how (Suga) is trying to depict the future image of our society," Edano said.

The positive public image of Suga's Cabinet has recently been overshadowed by a controversy over his rejection of some academics nominated for the Science Council of Japan, an advisory body that represents Japan's science community and makes recommendations independently from the government.

Suga, known for his toughness against bureaucrats who object to government policies, has come under fire for not naming to the council six scholars who have openly opposed security legislation and other policies under his predecessor Shinzo Abe.

Later in the day, Suga received a written request for a clear explanation from the council's head Takaaki Kajita. But the premier did not provide his reasons for the decision in a meeting with Kajita.

Edano said Suga's Cabinet lacks respect for scholars and the controversial decision "underscores its tendency to look down on others."

Japan to give some travel agencies more subsidies on growing demand