Japanese Prime Minister Yoshihide Suga said Wednesday the government will swiftly decide what to do with treated radioactive water at the crisis-hit Fukushima nuclear power plant following reports of a plan to release the water into the sea.

"We cannot postpone the issue forever. We would like to make a decision responsibly as soon as possible," Suga told a press conference in Jakarta as he wrapped up his first foreign trip since taking office in mid-September. The premier visited Indonesia and Vietnam. 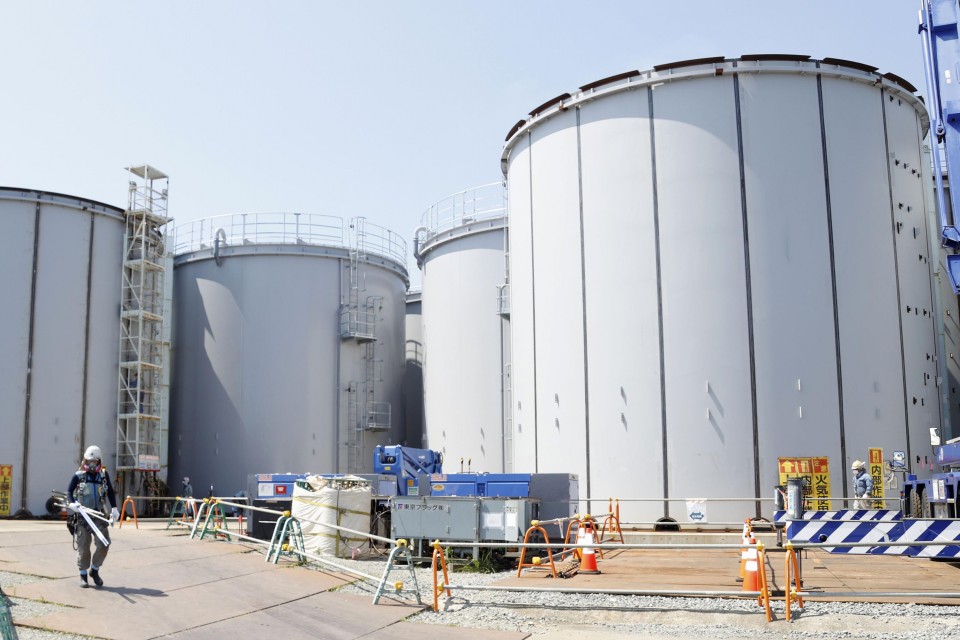 Photo taken Aug. 26, 2020, at the crippled Fukushima Daiichi nuclear power plant in northeastern Japan, shows tanks for storing treated water from which most of the radioactive contamination has been removed. (Kyodo) ==Kyodo

"There has been no decision on when or how to deal with the water," Suga said. The government plans to deepen discussions on the matter and work on measures to prevent reputational damage linked to radiation, he added.

Local fishermen have expressed worries while China and South Korea have cast a wary eye on the issue after it was reported that an official decision on the discharge of water from the Fukushima Daiichi nuclear plant, crippled by the 2011 devastating earthquake and tsunami, may be made by the end of this month.

The Fukushima plant operated by Tokyo Electric Power Company Holdings Inc. has been generating massive amounts of radiation-tainted water since the accident as it needs water to cool the reactors, which suffered core meltdowns.

The water has been treated using an advanced liquid processing system, or ALPS, to remove most contaminants other than the relatively less toxic tritium. It is stored in tanks on the facility's premises.

But space is expected to run out by the summer of 2022, with contaminated water increasing by about 170 tons per day. As of September this year, the stored water totaled 1.23 million tons and continues to grow.