The 28-year-old Tamanivalu, who earned three caps for New Zealand in 2016, spent the last two seasons with Bordeaux in the French Top 14, while the 23-year-old Edwards was with French second-division side Oyonnax, before signing with Wasps in the English Premiership in May. 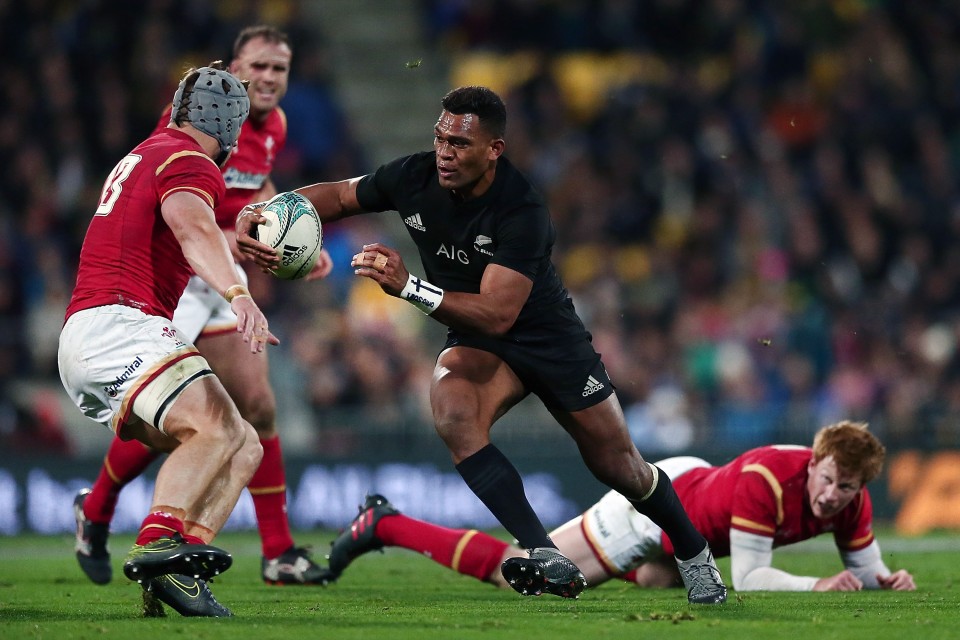 Seta Tamanivalu of New Zealand beats the tackle from Rhys Patchell of Wales during the International Test match between the New Zealand All Blacks and Wales at Westpac Stadium on June 18, 2016 in Wellington, New Zealand. (Getty/Kyodo)

"I am excited and very grateful for the opportunity to join the Toshiba team," Tamanivalu said in a statement released by the club. "I'm also really looking forward to being reunited with some of my old teammates and the coach. My family is excited to explore the Japanese culture."

"It's an amazing opportunity to be able to play for a team who has such a big name for rugby in Japan and in one of the top leagues in the world," Edwards said. "I am looking forward to growing and learning from some excellent coaches and world class players."

The 2021 Top League season, the last before Japan launches a new professional circuit, will kick off on Jan. 16 and conclude in May.