After more than a month since taking office, Japanese Prime Minister Yoshihide Suga is being tested for his ability to communicate his political vision to the public, with the end of his honeymoon period marked by a controversy over his refusal to allow certain scholars to join a government advisory body.

The 71-year-old former chief Cabinet secretary, who pledged to continue the major policies of predecessor Shinzo Abe, had a solid start as prime minister. His Cabinet's approval rate stood at more than 65 percent in media polls conducted shortly after he took over the post on Sept. 16.

But it dropped to 60.5 percent in a recent Kyodo News survey, with 72.7 percent of respondents dissatisfied with Suga's failure to explain his decision not to approve six nominees to the Science Council of Japan who had spoken against government policies in the past.

Political experts said the controversy had left the government looking exclusionary, recalling Suga's time as chief Cabinet secretary during the nearly eight years when Abe was in power, when he had a tight grip on the country's powerful bureaucrats and purged those who got in his way.

Although the decline in the approval rate may not be large at the moment, support could fall further if Suga fails to rally public support when he addresses the Diet during its extraordinary session from Monday.

"If he does not respond well (to questions) in the Diet, his approval rate could enter a downward spiral," said Tomoaki Iwai, a political science professor at Nihon University.

"Attention is also focused on whether he can talk about his political dreams," Iwai said.

In the days before and after taking power, Suga did speak about some reforms he wants to carry out. 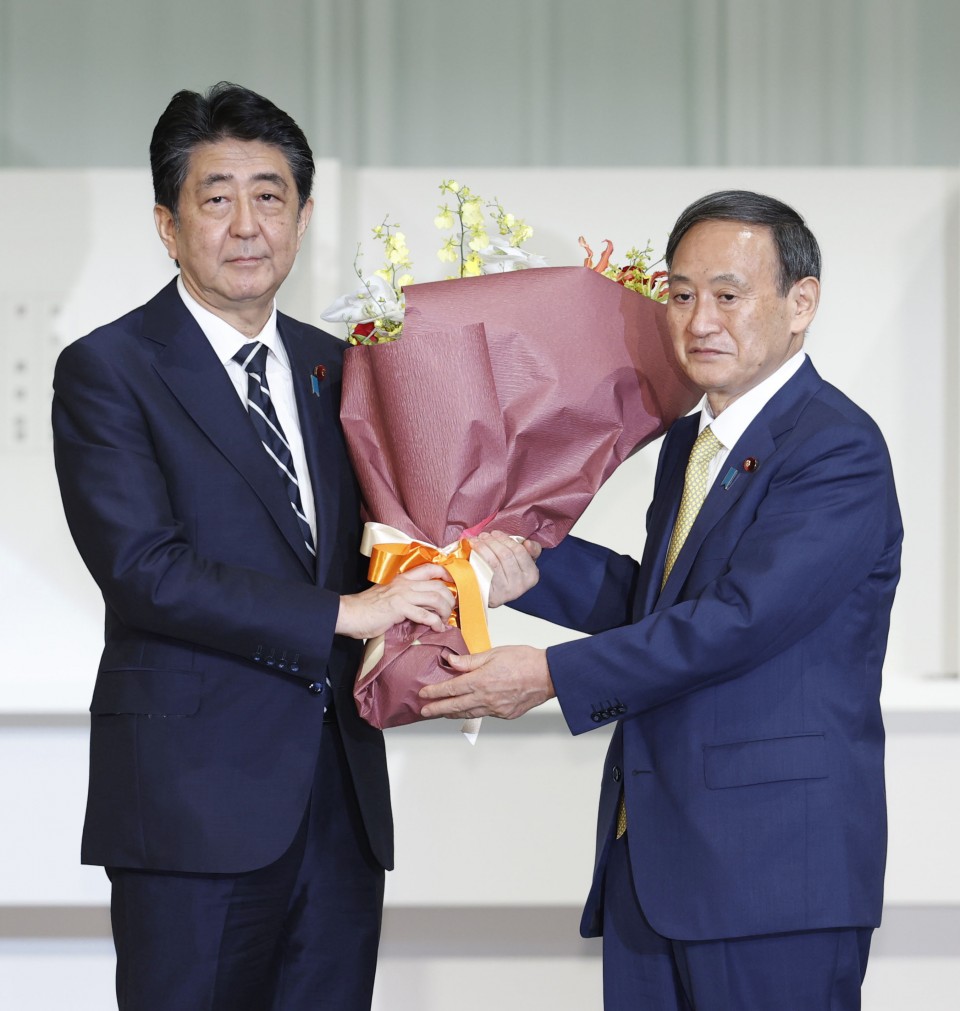 But his key goals are not particularly contentious, such as creating an agency next year to facilitate digitalization of government functions and eliminating the use of "hanko" seals on official documents.

He has also called for lower mobile phone fees and the extension of public health coverage to fertility treatment, down-to-earth policies that contrast with Abe's grandiose slogans, such as "Taking back a strong Japan."

"Suga has yet to present a vision of what kind of society he wants to build and it appears as if he has nothing to present at the moment," said Naoto Nonaka, a professor of comparative politics at Gakushuin University. "The public's hopes for Suga will quickly wane unless he talks about bigger things."

Voters have also been puzzled by a noticeable difference between Suga and Abe, said Iwao Osaka, an associate professor of political communications at Komazawa University.

From his humble beginnings as the son of a strawberry farmer in Akita Prefecture, Suga has developed the "view of an insect, looking up from the ground," unlike Abe who spoke of "diplomacy that captures the globe from a panoramic view," according to Osaka.

"People saw Abe carrying out 'global diplomacy' and then suddenly Suga took over, so they are confused," Osaka said.

Suga, who has limited experience in foreign affairs, recently completed his first overseas trip as prime minister, reaffirming ties with Vietnam and Indonesia toward creating a free and open Indo-Pacific, as Abe had sought to counter China's increasing assertiveness in the region.

But his true diplomatic skills will not be tested until he starts to handle more delicate issues, such as striking a balance between boosting Japan's long-standing security alliance with the United States and forging good ties with China, its biggest trading partner.

With the coronavirus pandemic expected to restrict face-to-face diplomatic talks for some time, Suga will likely continue to prioritize domestic issues until the next general election.

"As he is thought to be a man of practice, he should steadily pursue this course. He can't set off fireworks like Abe, so he will drive safe. It is not flashy, but he has no choice," Iwai said.