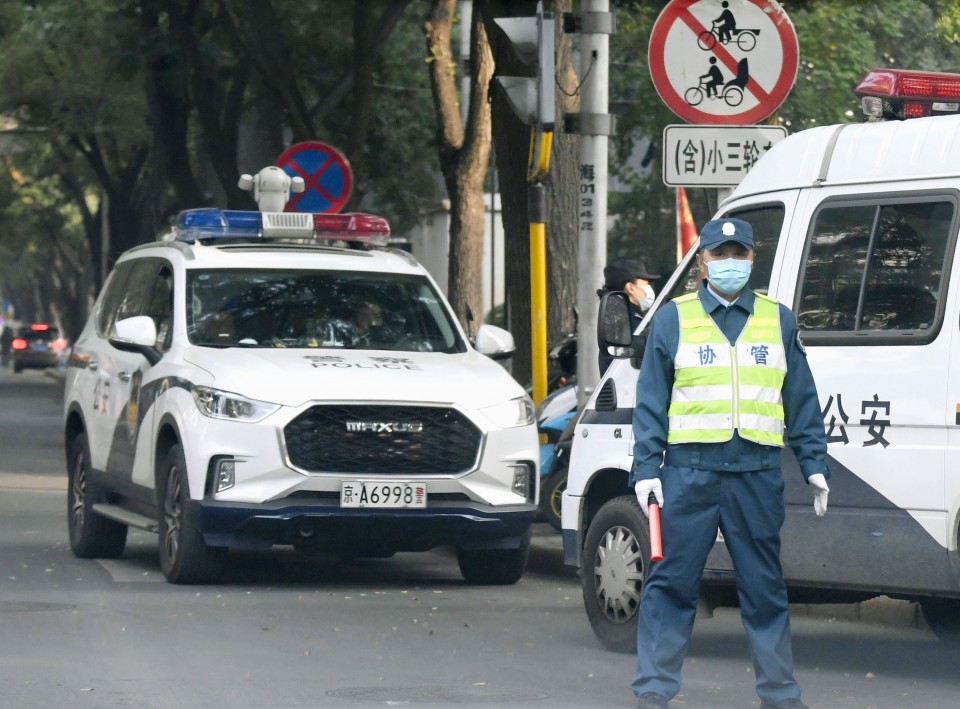 Security is tightened in Beijing on Oct. 26, 2020, the first day of the scheduled four-day meeting of the Chinese Communist Party. (Kyodo) ==Kyodo

The next plan, covering between 2021 and 2025, is the first to be crafted by the ruling Communist Party since the Chinese economy has been hit by the virus outbreak, first detected late last year in the central city of Wuhan, a major business and transportation hub.

Long-term goals through 2035 are also expected to be discussed at the key meeting, with speculation mounting that President Xi Jinping, who became the head of the party in 2012, has been eager to pave the way to hold on to power beyond a second term.

In 2018, China's congress agreed to remove from the country's Constitution the two-term limit for the president and vice president.

On Monday, black cars, which appeared to have carried senior officials of the ruling party, gathered around a possible venue of the closed-door meeting in Beijing, with traffic being restricted. 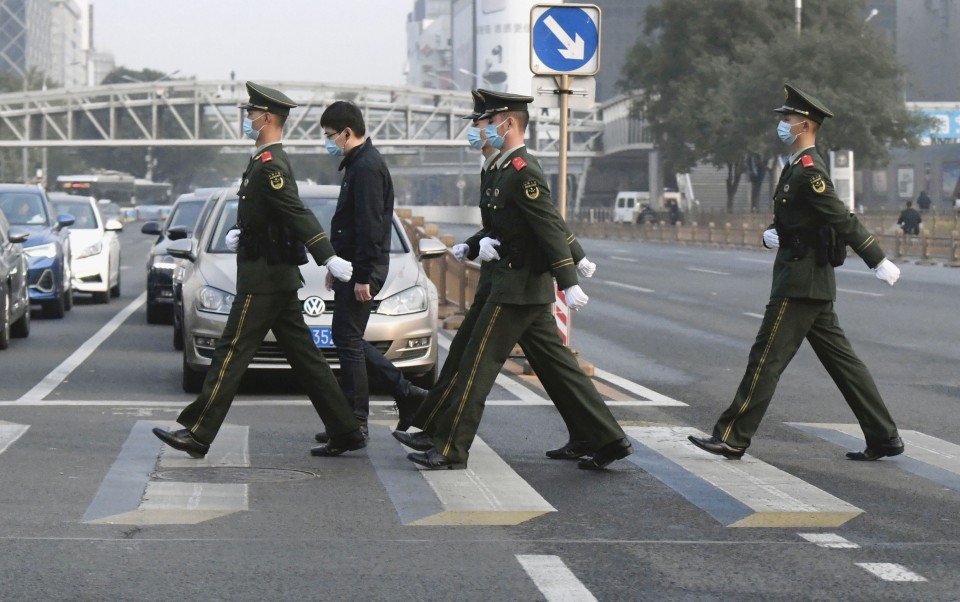 Armed police officers patrol in Beijing on Oct. 26, 2020, the first day of the scheduled four-day meeting of the Chinese Communist Party. (Kyodo) ==Kyodo

A communique is likely to be adopted at the closure of the fifth plenary session of the 19th Central Committee of the party on Thursday. Official media are set to provide some information on what the ruling party has discussed in the conclave.

Full details of the five-year program, however, will not be disclosed until it is endorsed by the National People's Congress, China's largely rubber-stamp parliament, next year.

With Sino-U.S. tensions escalating over several economic and security issues as well as the coronavirus spread weighing on both external and domestic demand, China's economy faced a severe downturn in the first quarter of this year.

The economy has recently been on a recovery track on the back of a rebound in investment and industrial production, but consumer sentiment has remained lackluster as the employment situation has been worsening at home following the pandemic.

Analysts say China may lower its gross domestic product target in the new five-year economic plan, while expectations have been rife that it will put off setting such a goal this time.

China's economy expanded 4.9 percent from a year earlier in the July-September period, after plunging 6.8 percent in the first quarter in the aftermath of the virus outbreak and picking up 3.2 percent in the three months from April.

At the latest party meeting, officials are also certain to discuss how to attain carbon neutrality by 2060, as Xi's leadership has been trying to take the lead in the global climate debate.

In his address to the U.N. General Assembly in September, Xi surprisingly pledged that China would aim to become carbon neutral by 2060.