East Japan Railway Co. said Wednesday it will bring forward last train departure times on 17 lines in the Tokyo metropolitan area by up to some 40 minutes from next spring, as late-night passengers continue to decline amid the coronavirus pandemic.

The biggest schedule change is planned for the Takasaki and Ome lines, which will have their last trains brought forward by 37 minutes. Busier lines will also see a change including the Yamanote loop line as well as the Chuo, Sobu and Keihin Tohoku lines, but shinkansen bullet train and limited express services will not be affected.

It marks the first time the company, known as JR East, has brought forward last train departure times across almost all lines in the Tokyo metropolitan area at the same time, according to the operator known as JR East.

Schedule changes will currently only be applied to trains traveling away from central Tokyo to the suburbs, with plans to increase the service frequency before the last train on eight lines to prevent congestion. 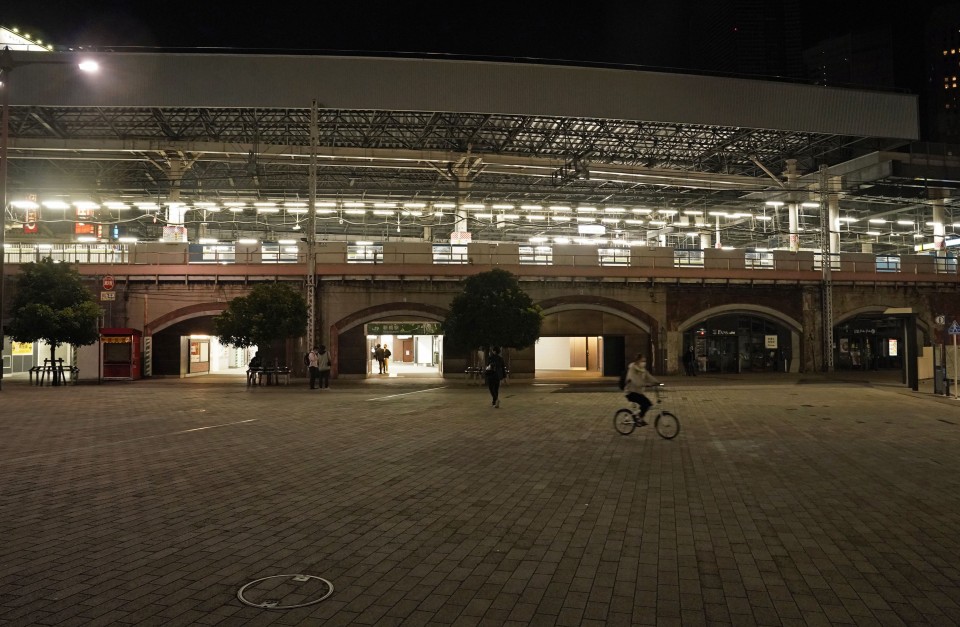 A small number of pedestrians are seen in front of JR Shimbashi Station in Tokyo in the early hours of Oct. 21, 2020. East Japan Railway Co. plans to bring forward last train departure times on 17 lines in the Tokyo metropolitan area by a maximum of 37 minutes from the spring of 2021, due to the declining trend of late-night passengers amid the coronavirus pandemic. (Kyodo) ==Kyodo

Based on figures from September, around 20,000 passengers are expected to be affected by the schedule changes to last trains on weekdays, the railway operator said.

It will also push back first train departures by up to 17 minutes later on five lines. Further details of the plans will be announced in December.

The company has cited the dwindling number of passengers traveling late at night in recent years -- a trend which has been further accelerated by the novel coronavirus outbreak -- and a need to improve conditions for maintenance workers who work overnight after the train service concludes, as reasons for its decision.

JR East President Yuji Fukasawa announced at a press conference last month that the railway operator would bring forward the last trains on almost all of its lines operated within a 100-kilometer radius of JR Tokyo Station.

"Demand for the services will not return (to pre-coronavirus levels) even after the pandemic ends," he said at the time.