Former Prime Minister Shinzo Abe on Monday visited Tokyo's Yasukuni shrine, viewed as a symbol of Japan's past militarism by Asian neighbors, for the second time in as many months since stepping down as premier.

The latest visit by Abe, who resigned in mid-September for health reasons, came after his successor Yoshihide Suga sent a ritual offering of a "masakaki" tree Saturday to Yasukuni to celebrate the Shinto shrine's biannual festival held in the spring and fall. 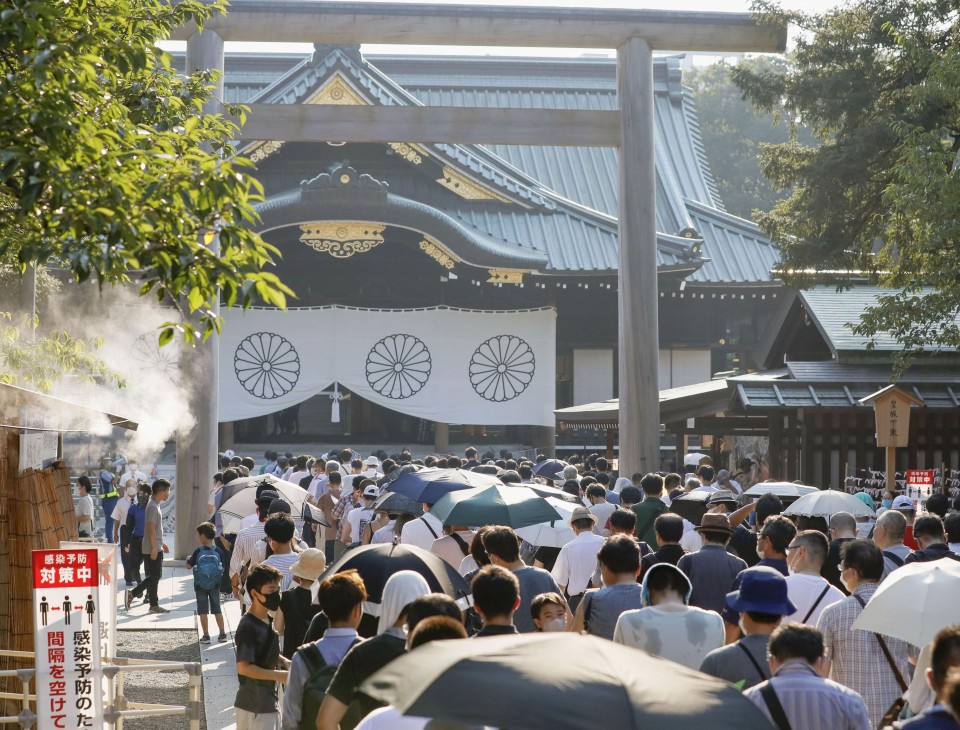 "I visited the shrine to show my sincere respect to the spirits of the war dead," Abe told reporters.

Asked about Abe's visit, Chief Cabinet Secretary Katsunobu Kato said the government should not intrude itself on his action, noting that it was made privately and based on his personal belief.

The shrine is seen, especially by China and South Korea, as a symbol of Japan's past militarism because it honors convicted war criminals along with millions of war dead.

Hidehisa Otsuji, who heads a cross-party group of lawmakers who advocates the importance of visiting Yasukuni, also went to the shrine on Monday.

As part of efforts to prevent the spread of the novel coronavirus, members of the group, however, refrained from visiting the shrine together this year.

Abe's Yasukuni visit in December 2013, a year after the start of his second stint as premier, provoked a strong response from China and South Korea and also disappointed Japan's key ally the United States.

He then refrained from visiting the shrine for the rest of his nearly eight-year tenure and instead sent, at his own expense, a ritual offering for its spring and autumn festivals, and a cash offering on Aug. 15, the anniversary of Japan's surrender in World War II.