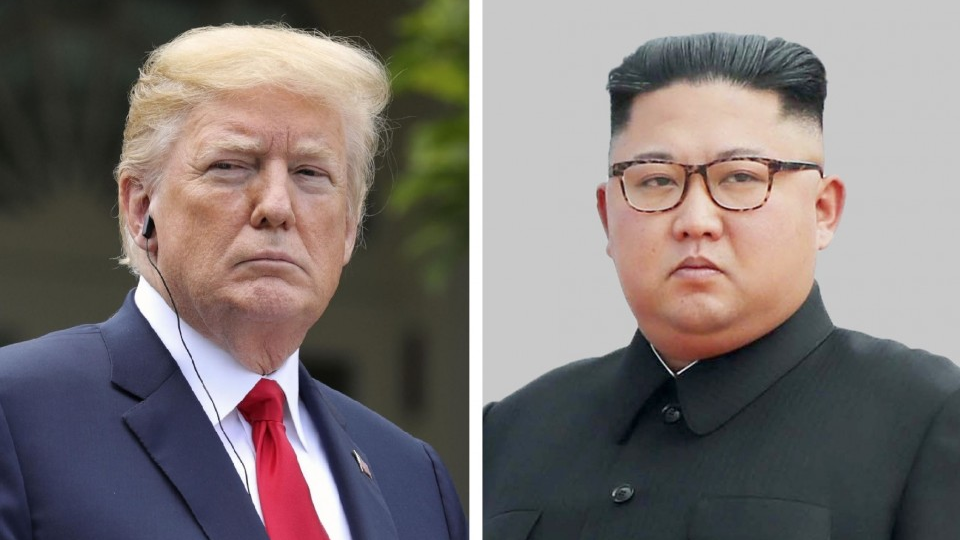 In a bid to reconstruct the sluggish economy, Kim may be hoping he will continue negotiations with Trump about denuclearization and economic sanctions relief after the presidential election in early November, North Korean watchers say.

From midnight on Saturday, North Korea staged a very rare predawn military parade in Pyongyang, the first in two years, to commemorate the founding of the ruling Workers' Party of Korea, with fireworks set off and buildings lit up.

What appears to be a cutting-edge intercontinental ballistic missile was displayed, but the parade and Kim's speech were "restrained," said Atsuhito Isozaki, an associate professor of Keio University in Tokyo.

In the run-up to the U.S. presidential election, in which Trump is seeking a second term, "North Korea needed to adopt a wait-and-see attitude," Isozaki added.

A source familiar with the situation in Pyongyang said, "Kim likes Trump. He may believe he can make concessions from the United States if Trump is re-elected."

"It is the top priority for Kim to sit face-to-face with Trump to improve the domestic economy facing a severe downturn in the wake of the global outbreak of the coronavirus. It is unthinkable for Kim to do something that could provoke Trump," the source said.

At the beginning of the latest military parade, Kim pledged in his 30-minute speech to further strengthen nuclear war deterrence, but he stressed that it is aimed at self-defense. 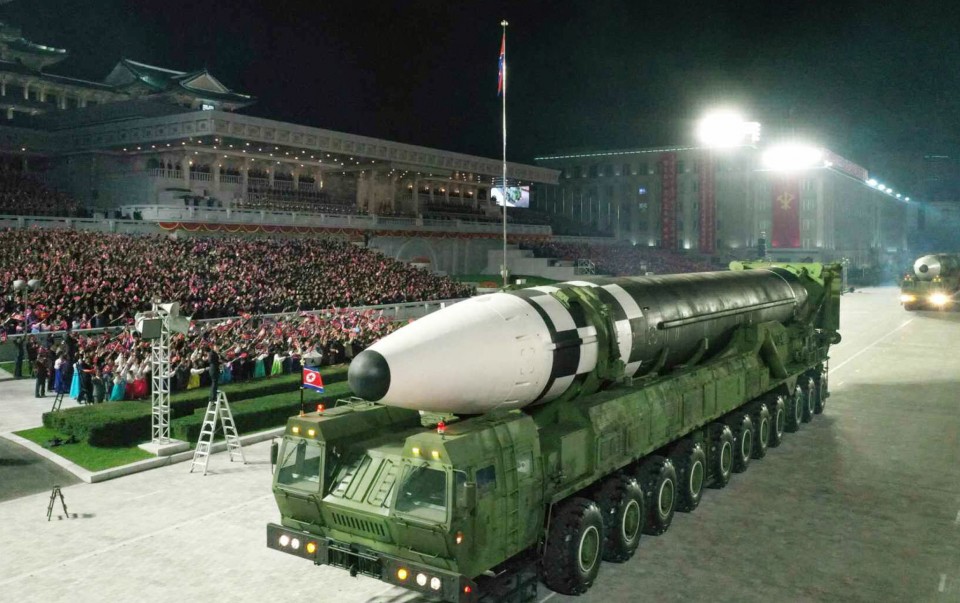 Kim also made no mention about North Korea's relations with the United States, indicting he is still eager to push forward nuclear talks between the two nations, which have remained in a state of war as the 1950-1953 Korean War ended in a cease-fire.

During the war, U.S.-led U.N. forces fought alongside South Korea against the North backed by China and the Soviet Union. Since then, the United States and North Korea have had no diplomatic ties.

"For North Korea, the Trump administration must be the best counterpart ever, especially at a time when Kim wants the United States to lift sanctions to rebuild the economy," a diplomatic source in Beijing said.

At their first-ever summit in June 2018 in Singapore, Trump and Kim reached an agreement that Washington would provide security guarantees to Pyongyang in return for "complete" denuclearization of the Korean Peninsula.

Trump and Kim, however, fell short of bridging the gap between demands by the United States and North Korea's calls for sanctions relief at their second summit in the Vietnamese capital Hanoi in February 2019.

Afterward, the two leaders surprisingly met in July that year at the Demilitarized Zone dividing the two Koreas and agreed to restart denuclearization negotiations within weeks. They also invited each other to visit their capital cities.

In October 2019, the United States and North Korea held a working-level meeting in the Swedish capital Stockholm, but that ended without progress, with Pyongyang saying the talks broke down as Washington came to the table "empty-handed."

With bilateral negotiations at a standstill, North Korea test-fired what seem to be short-range ballistic missiles in defiance of U.N. Security Council resolutions, vowing to bolster its nuclear deterrence to counter the United States.

At a key party meeting in late December last year, Kim was committed to unveiling a "new strategic weapon," suggesting he would undo his previous promise to refrain from nuclear or long-range missile tests, which could pose a direct threat to the United States.

Nevertheless, North Korea has shied away from launching an ICBM and has not carried out ballistic missile tests for more than six months, while emphasizing that Kim has maintained good relations with Trump by exchanging letters.

Immediately after Trump was confirmed to be infected with the novel coronavirus earlier this month, Kim reportedly sent the U.S. president a message wishing him a speedy recovery. 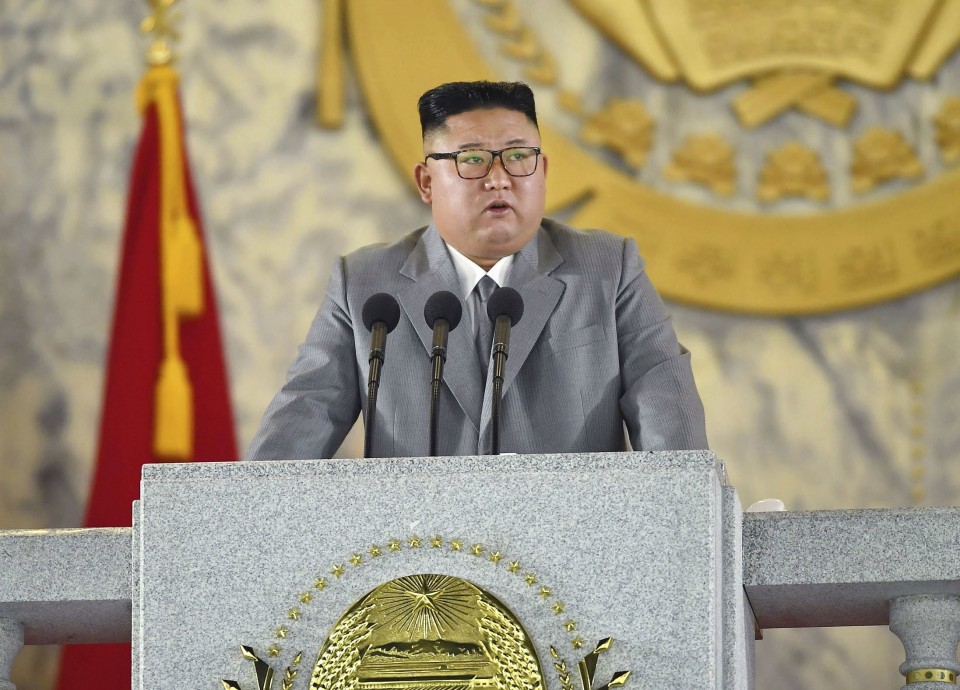 North Korea's economy, meanwhile, has become more stagnant as it has cut off traffic to and from its neighbors China and Russia since earlier this year, with fears growing that the virus, first detected in the Chinese city of Wuhan, could intrude into the country.

As trade with China, North Korea's closest and most influential ally, has plunged as well as powerful typhoons and flooding have devastated the agricultural sector, concern has been mounting that its citizens have not received adequate daily necessities.

"Kim may be earnestly hoping that Trump will be re-elected," the diplomatic source in Beijing said.

He added that if Democratic former Vice President Joe Biden, a leading challenger to Trump, wins in the November election, the new U.S. government would likely step up pressure on North Korea.

"Moreover, Biden would favor bottom-up policymaking unlike Trump, who pursues top-down policymaking. U.S.-North Korea negotiations would be fraught with difficulty," the source said.

In that case, Pyongyang could again take provocative actions against Washington, such as resuming ICBM or nuclear tests, he said. 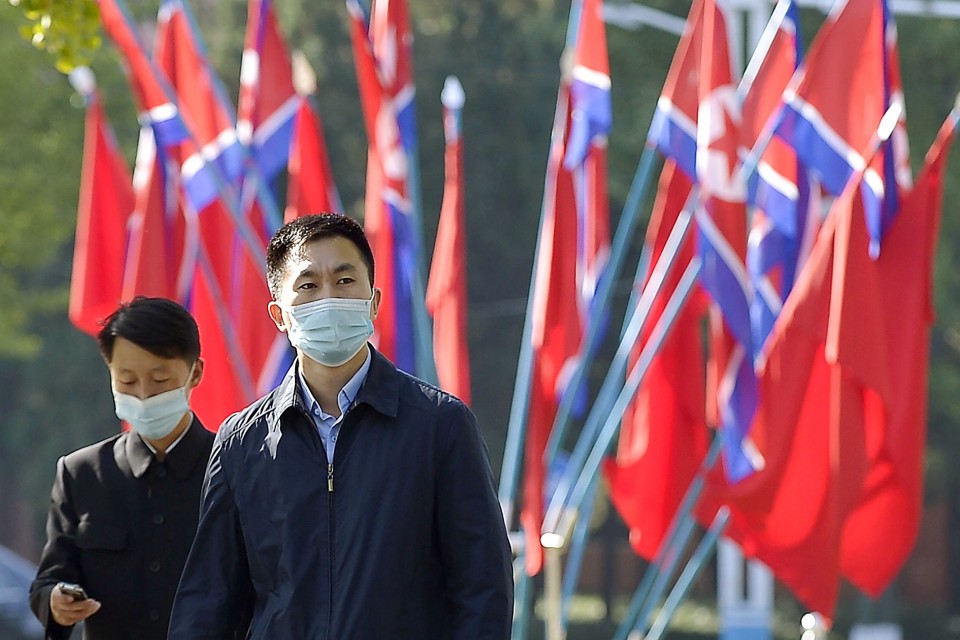 North Korean flags are hoisted in Pyongyang on Oct. 10, 2020, the 75th anniversary of the founding of the Workers' Party of Korea. (Kyodo)