All Nippon Airways Co. will allow its employees to take on a wider range of side jobs as it looks to help them supplement primary incomes that have been slashed amid the coronavirus pandemic, sources familiar with the plan said Saturday.

Possibly starting next year, the major Japanese airline's roughly 15,000 employees will be permitted to take on part-time work for other companies in their off-duty hours, the sources said.

Until now, they were only permitted to have side jobs on the condition they operate as a sole trader, such as working as a tutor. 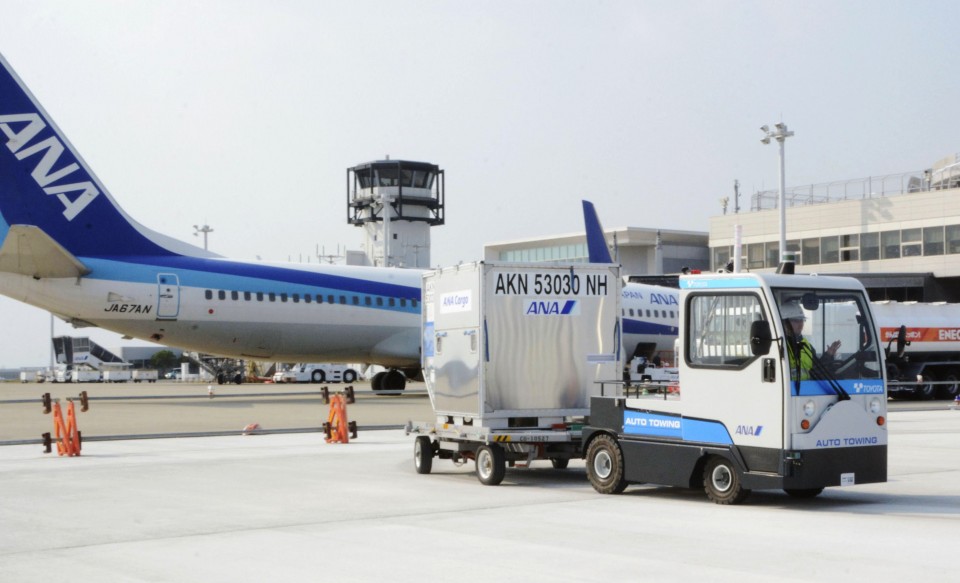 File photo shows an All Nippon Airways Co. airplane and a towing truck at Saga Airport in March 2019. (Kyodo)

The yet-to-be-announced change comes at a time when the pandemic has sharply reduced international flights as nations across the world implemented travel restrictions to contain coronavirus outbreaks, severely impacting the airline industry.

Recently, AirAsia Japan Co., the Japanese unit of the Malaysian budget airline AirAsia Group, said it will pull out of the Japanese market altogether.

ANA notified its labor union of the plan to permit a wider scope of side jobs, and the policy may also apply to other group companies, the sources said.

With the business environment deteriorating badly, employees are expected to see their annual pay fall by 30 percent on average, as ANA plans not to pay winter bonuses after having already halved summer bonuses.

ANA is also planning further cost-cutting measures including pulling passenger jets out of service earlier than scheduled as part of structural reforms to be announced before the end of October, according to the sources.

With a rebound in air travel, particularly international services, not yet on the horizon, Japanese airlines have been facing massive financial losses. In August, Japan Airlines Co. posted a net loss of 93.71 billion yen in the April-June quarter alone.

ANA to resume flights to Hawaii in Oct. for 1st time in 6 months

Air traffic will not return to pre-COVID-19 levels until 2024: IATA