Tomoyuki Sugano won his 100th career game despite some control issues as the Yomiuri Giants beat the DeNA BayStars 6-4 in the Central League on Tuesday.

Sugano (13-0) allowed three runs on four hits, two walks and a hit batsman over seven innings. The Giants ace, a two-time winner of the Eiji Sawamura Award as Japan's most impressive starting pitcher, struck out four. 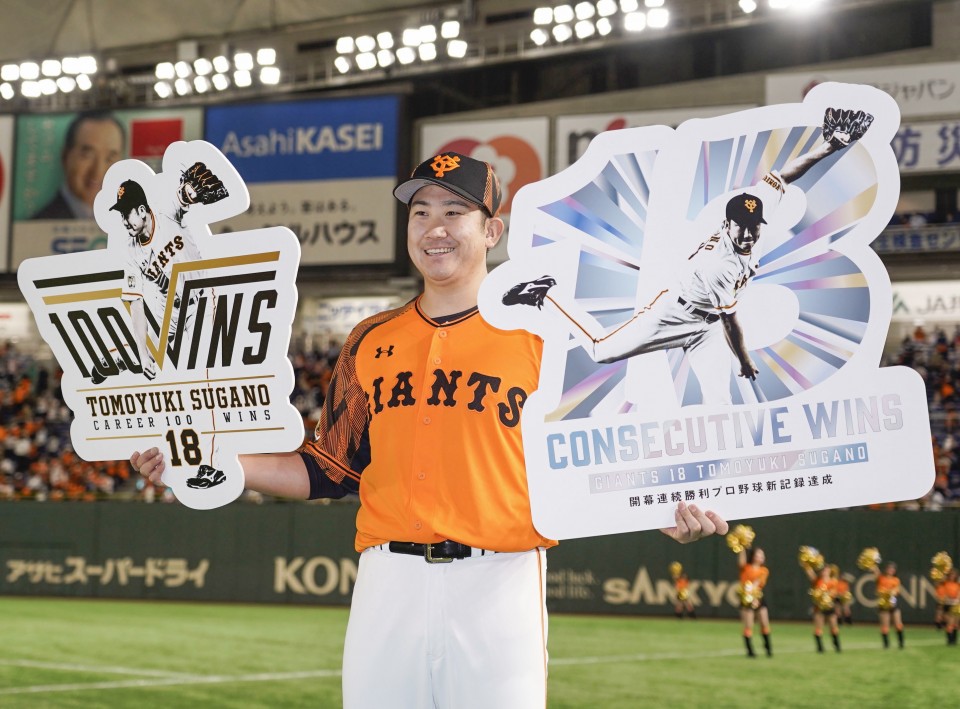 "When I was a rookie, I couldn't picture myself winning 100 games, but having achieved this, I am filled with gratitude for all my teammates who made this possible," Sugano said.

Sugano also established a record for the most consecutive winning decisions from Opening Day, although it's barely half the Japan record of winning 24 consecutive decisions set by Masahiro Tanaka with the Rakuten Eagles in 2013.

Tanaka went 24-0 that year but did not pitch on Opening Day after playing for Japan in the World Baseball Classic that March.

Sugano could not get away with some mistakes in the fourth, when he allowed the BayStars to close to within a run on a Keita Sano double and a home run by former Giant Jose Lopez.

Zelous Wheeler widened the hosts' lead in the fifth with a two-run home run off former closer Yasuaki Yamasaki.

Tyler Austin got a run back for the BayStars in the eighth off reliever Kota Nakagawa with his 14th home run of the year.

At Nagoya Dome, the Chunichi Dragons had a four-run inning off rookie Takuma Kubo (0-1) making his first career start in a 4-0 win over the Yakult Swallows, whose scheduled starter Yasuhiro Ogawa developed a fever. Ogawa tested negative for the novel coronavirus.

At Hiroshima's Mazda Stadium, Hanshin Tigers closer Robert Suarez allowed the tying run to score in the bottom of the 10th inning, but prevented the Hiroshima Carp from walking off winners in their 4-4 10-inning tie.

At MetLife Dome, Kona Takahashi (6-8) worked 6-1/3 scoreless innings and Tomoya Mori drove in all of the Seibu Lions runs in a 3-0 win over the SoftBank Hawks and their ace, Kodai Senga (7-6).

At Sapporo Dome, Taishi Ota brought the Nippon Ham Fighters from behind with a three-run fifth-inning home run in a 5-3 win over the Rakuten Eagles. 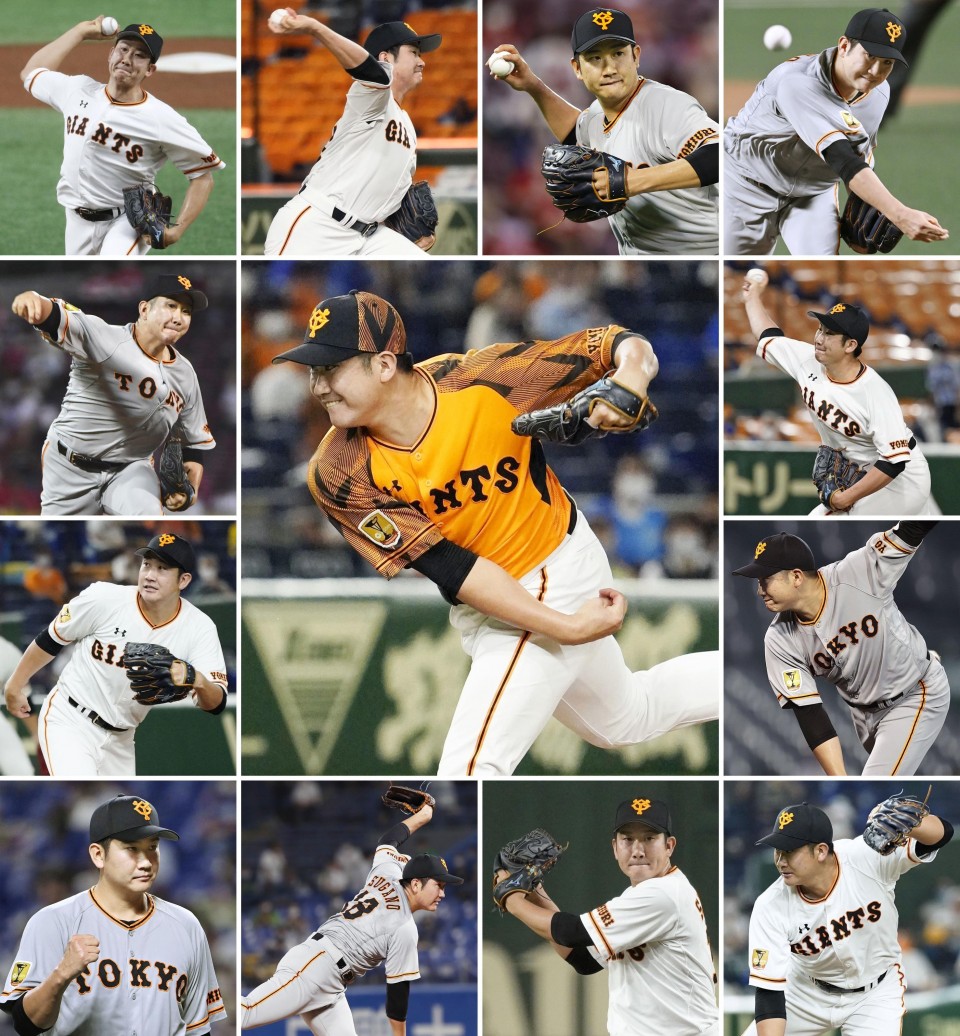 Sugano's 13 consecutive wins (clockwise from top L, with the Oct. 6 picture in the middle). (Kyodo)