Daring Tact made history on Sunday at Kyoto Racecourse, winning the 25th running of the Shuka-sho to become the first undefeated champion of Japan's filly triple crown.

With Kohei Matsuyama aboard, the favorite covered the 2,000-meter distance over turf in 2 minutes, 0.6 second to outstrip 10th favorite Magic Castle by more than a length in the race for 3-year-old fillies. Ninth-favorite Soft Fruit was third. 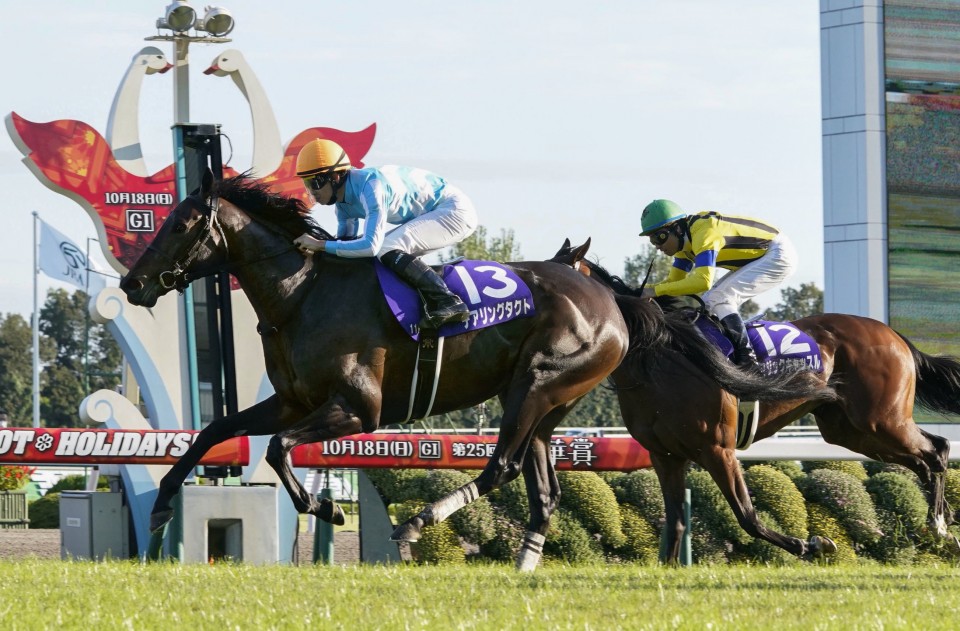 Daring Tact has now won all five races she's been entered in.

"Winning is a relief," Matsuyama said. "We were able to go with the flow and run a good horse race."

"I approached this race believing my horse was the strongest. Being with this horse has been a blessing."

Daring Tact is the sixth filly triple crown winner, and the first since Almond Eye in 2018. The first two legs are April's Oka-sho and May's Japanese Oaks.

From the end of February, races were held behind closed doors, but that total ban was lifted from Oct. 10, and about 900 fans were able to witness the race in person.