The Olympic flame for the postponed Tokyo Games will go on a 14-prefecture tour from next month ahead of the scheduled start of the torch relay in March, the Ministry of Internal Affairs and Communications said Tuesday.

The flame will first go on public display in Ishikawa Prefecture in central Japan on Nov. 7 and will go on to be shown in several locations away from the relay route, at places like facilities related to Olympic sports and at local festivals. 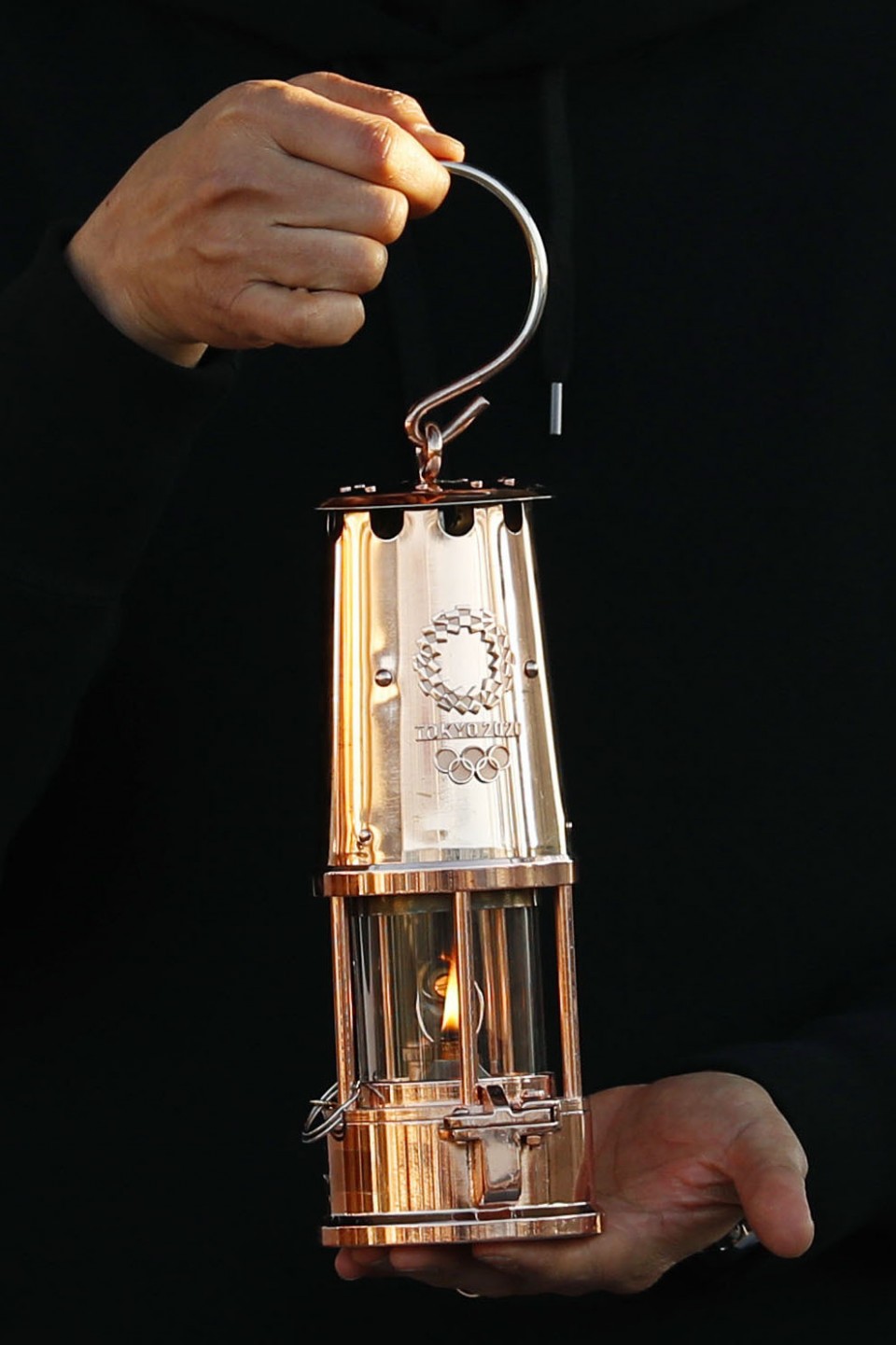 Photo taken March 25, 2020, shows the flame for the 2020 Tokyo Olympics in a lantern following its display to the public earlier in the day in Iwaki, Fukushima Prefecture. The Olympics torch relay, initially set to start on March 26 from northeastern Japan areas hit hard by the March 2011 earthquake-tsunami disaster, was canceled with the games postponed for about one year. (Kyodo) ==Kyodo

The flame was lit on March 12 this year at the site of ancient Olympia in Greece and arrived in Japan six days later, prior to the March 24 announcement of the one-year postponement of the games due to the novel coronavirus pandemic.

It was briefly displayed in Miyagi, Iwate and Fukushima prefectures -- which were hit hardest by the 2011 earthquake and tsunami -- before being brought to Tokyo, where it is now on display.

The public exhibition of the flame, burning inside a lantern, in the capital opened in September at the Japan Olympic Museum, near the new National Stadium.

The torch relay will start on March 25 at Fukushima's J-Village soccer training center, which served as a frontline base of operations during the 2011 nuclear crisis caused by the disaster.

It will last for 121 days while traversing 859 municipalities covering all of Japan's 47 prefectures, maintaining the original schedule for each region aside from a one-day adjustment to fit next year's calendar.