Prime Minister Yoshihide Suga on Friday said his decision to block six scholars from joining a government advisory body had nothing to do with their beliefs and opinions.

Suga is under fire for not approving the six, who have been critical of his predecessor Shinzo Abe's policies, from among 105 nominees to the Science Council of Japan. Suga took office in mid-September after pledging to move forward Abe's policies. 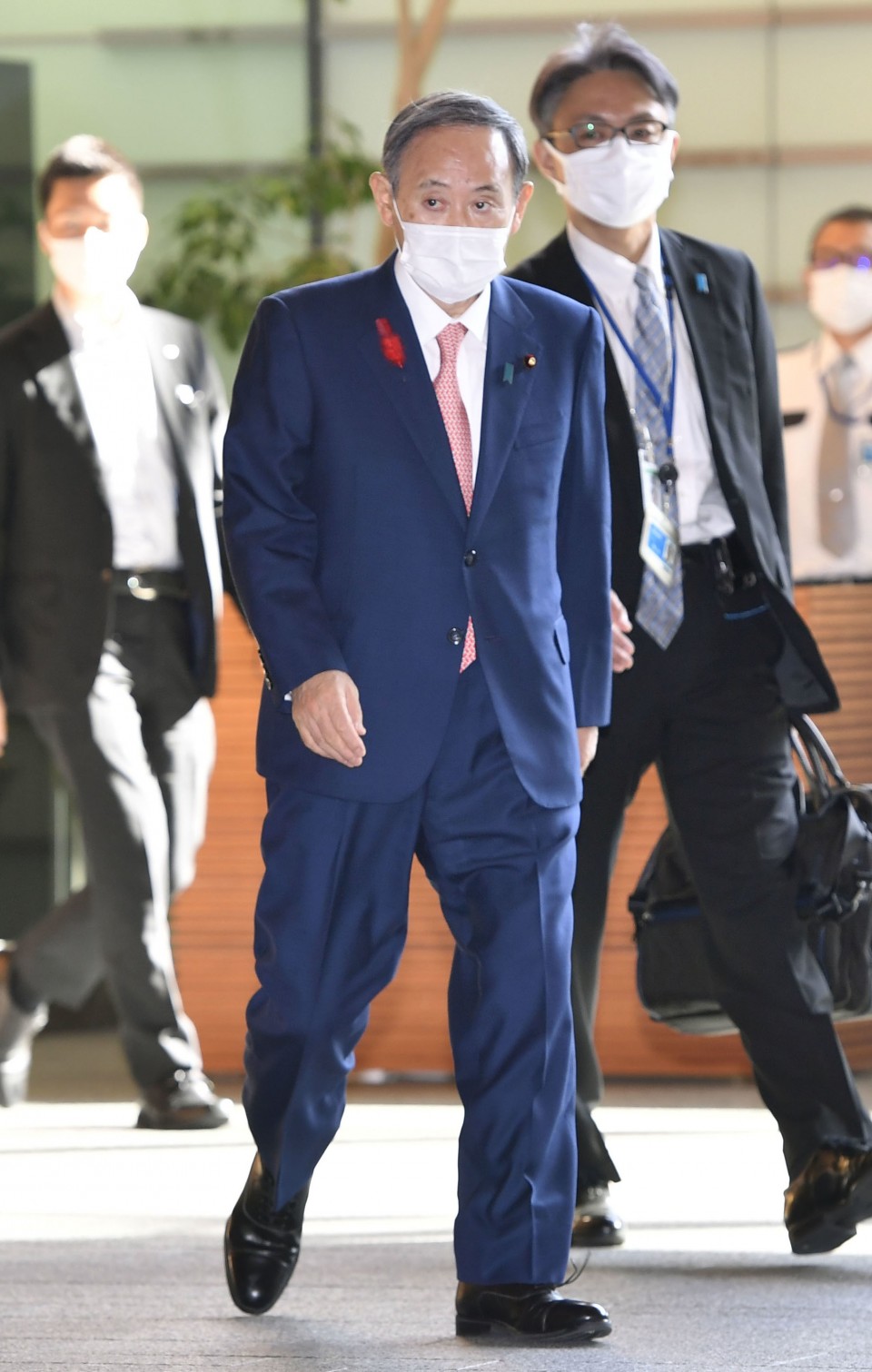 Asked in a group interview whether their thoughts and beliefs affected his decision, Suga said, "There was no such thing."

He also said there was no instruction from Abe regarding the rejection upon succeeding him.

The council is under the jurisdiction of the prime minister but independently makes policy recommendations to the government, with half of its 210-person membership changing every three years.

Over the rejection, two former chiefs of the council criticized Suga and demanded that he disclose the reasons for his decision.

"I can only say it is wrong. He can't fulfill his responsibility as prime minister without giving the reasons for rejecting them," said Seigo Hirowatari, who headed the council in 2011, at a hearing session held by opposition lawmakers.

"If (the prime minister) rejected the appointment of nominees by applying different selection standards from the council's criteria, it would be a violation of the law governing the organization," another former president, Takashi Onishi, also told the session at parliament.

The council, established in 1949, represents the Japanese science community and covers the fields of social science, humanities and natural and life sciences.

Since the current system of member appointments, based on a recommendation by the council, was adopted in 2004, no nominee had been denied until Suga turned down the six earlier this month.

The rejected scholars are known for being critical of Abe's policies, including his push to reinterpret the pacifist Constitution. Suga has not provided any reasons that they were unfit to sit on the council.

At the hearing session, the major opposition Constitutional Democratic Party of Japan, among others, asked the two former chiefs about the process in 2016 to select candidates to fill vacancies on the council.

Onishi said the prime minister's office at that time sought the council's explanations about the candidates during the selection process.

Hirowatari has also told some media that the prime minister's office was reluctant to appoint some candidates in 2016.

The opposition bloc claims the prime minister's office at that time "interfered with the personnel affairs" of the council.