Top-favorite Contrail became Japanese racing's third undefeated triple crown winner Sunday, following in the footsteps of his sire, Deep Impact, by capturing the 81st running of the Kikka-sho, the last of the season's classic races.

With Yuichi Fukunaga in the saddle, Contrail made his move around the final turn of the 3,000-meter turf race at Kyoto Racecourse, bolting past the pack on the outside and staying ahead of fourth-favorite Aristoteles in the final stretch to win by a neck at the wire. 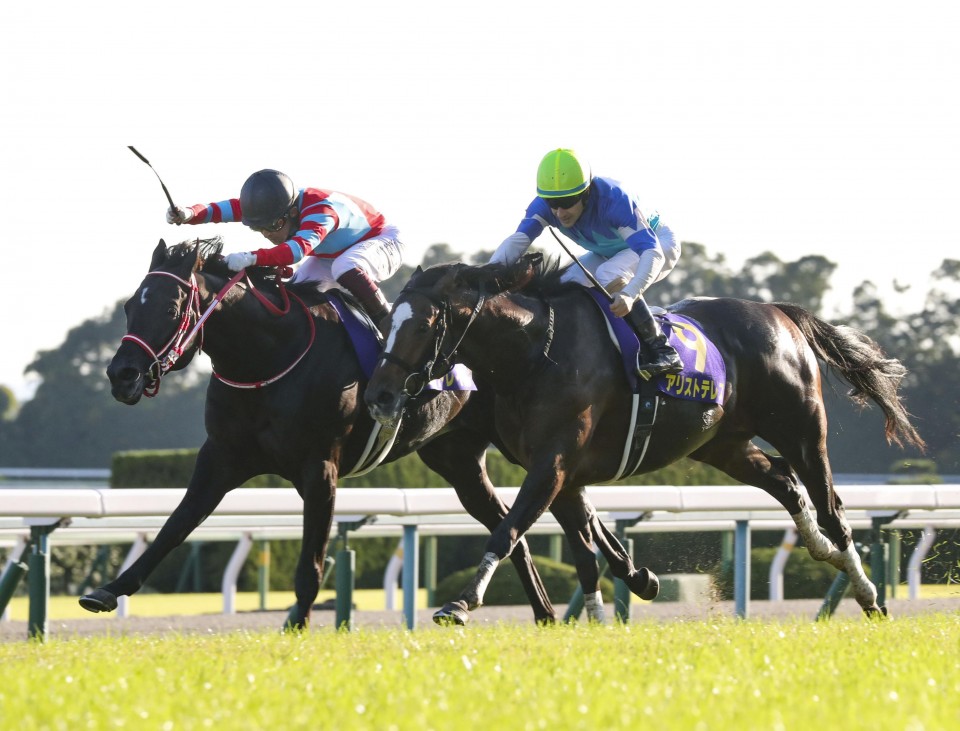 The 3-year-old colt by Deep Impact, the undefeated triple crown winner in 2005, crossed in a time of 3 minutes, 5.5 seconds to collect his fourth Grade 1 victory and seventh win in as many starts.

"It turned out to be a closer contest than I expected, but he did well to outrace (Aristoteles)," Fukunaga said. "The distance was a little long, so it is remarkable he was able to hang on and win."

"It's a terrific achievement for Deep Impact to have won the triple crown without having lost a race, but for his colt to do the same is an amazing feat."

Fukunaga also steered Contrail at the first two legs of the Japanese triple crown, the Satsuki-sho and Japanese Derby.