Former Empress Michiko turned 86 on Tuesday, marking her birthday amid the coronavirus pandemic that has caused her to spend the majority of her time quietly at her residence in Tokyo.

The former empress has had a mild fever since May, but she has been expressing concern about the impact of the pandemic on society, according to the Imperial Household Agency. 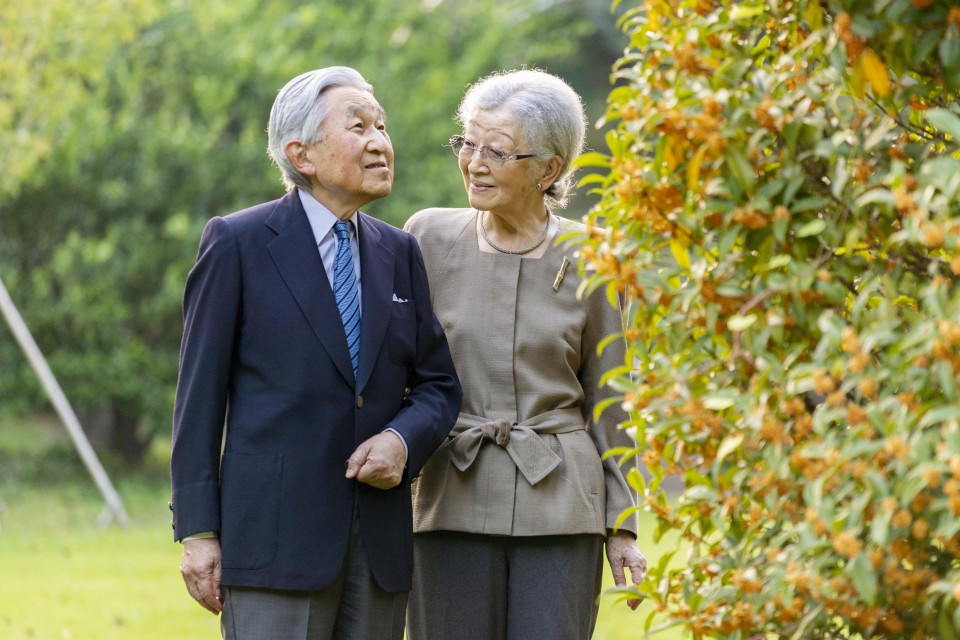 She is marking her second birthday since her husband, former Emperor Akihito, stepped down from the Chrysanthemum Throne on April 30 last year.

In March, the couple left the Imperial Palace in Tokyo, their home since 1993, in a first step toward switching residences with their son, Emperor Naruhito, and his family.

The former emperor and empress currently use the Takanawa Imperial Residence as a temporary home, where they take walks together in the garden and share their memories of the trips they took in Japan and abroad, the agency said.

Due to the global health crisis, the former empress has not received any visitors. Her visit to the Imperial Household Hospital in September was the first time she left her residence in about five months.

According to the agency, she has expressed her thoughts about medical workers and those providing essential services amid the pandemic. She has also indicated her sympathy for athletes and people in the entertainment industry who have been forced to refrain from their activities.

Last year, she underwent successful breast cancer and cataract surgeries. However, she has experienced weight loss as well as temperatures of over 37 C on most afternoons since May.

She has also complained of stiffness in her left fingers, possibly an effect of hormonal treatment following her breast cancer surgery, the agency said.

Despite her condition, she continues to show care for the 86-year-old former emperor, saying, "I'm here for times like these," according to her aides.