A decades-long series of essays by award-winning Japanese author Mariko Hayashi have been recognized by Guinness World Records as the most essays published in the same magazine by an individual, the magazine's publisher said Wednesday.

Essays in the series, now carried under the title "Yofuke no Nawatobi" (Late Night Jump Rope), had appeared in Shukan Bunshun weekly magazine a total of 1,655 times as of July 2 since the series began in 1983, according to Bungeishunju Ltd. 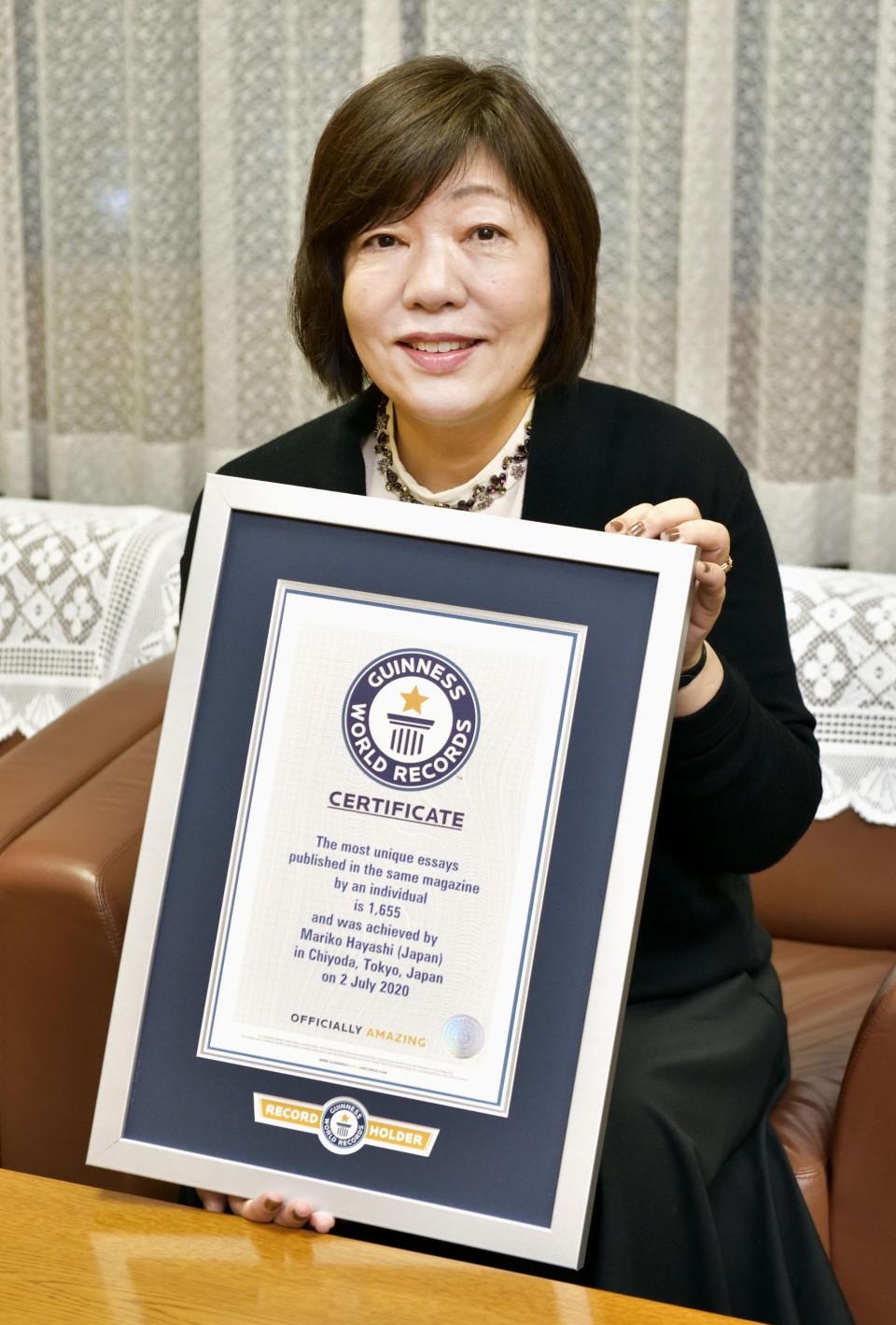 "I am very glad to have continued (writing) for 37 years, although there were difficult times as I lacked stories," Hayashi, 66, said in a comment.

The prominent female novelist, who has received a number of prestigious literary awards in Japan, said she is determined to continue writing for the magazine for another 20 years.

The essay series has also been published in book form, with a total of 4.26 million copies sold.

Last year, Hayashi served as a member of the panel that helped the government pick Reiwa as the name of the new era that began with the ascension to the Chrysanthemum Throne on May 1, 2019, of Emperor Naruhito following the abdication of his father, former Emperor Akihito.

In 2018, she was awarded the Medal with Purple Ribbon, an honor bestowed on those who have made contributions to academic and artistic development.