KYOTO - A daily life snapshot taken in the rural mountains of Kyoto Prefecture of four elderly people at a zebra crossing, reminiscent of the cover of the Beatles' famous "Abbey Road" album has been making the headlines on Twitter in Japan.
The photograph was taken by Toshihiko Hata, a freelance designer in Ayabe, Kyoto Prefecture. Hata was born in Ayabe and he used to live in the city's downtown area before moving to a small rural community in the mountains. 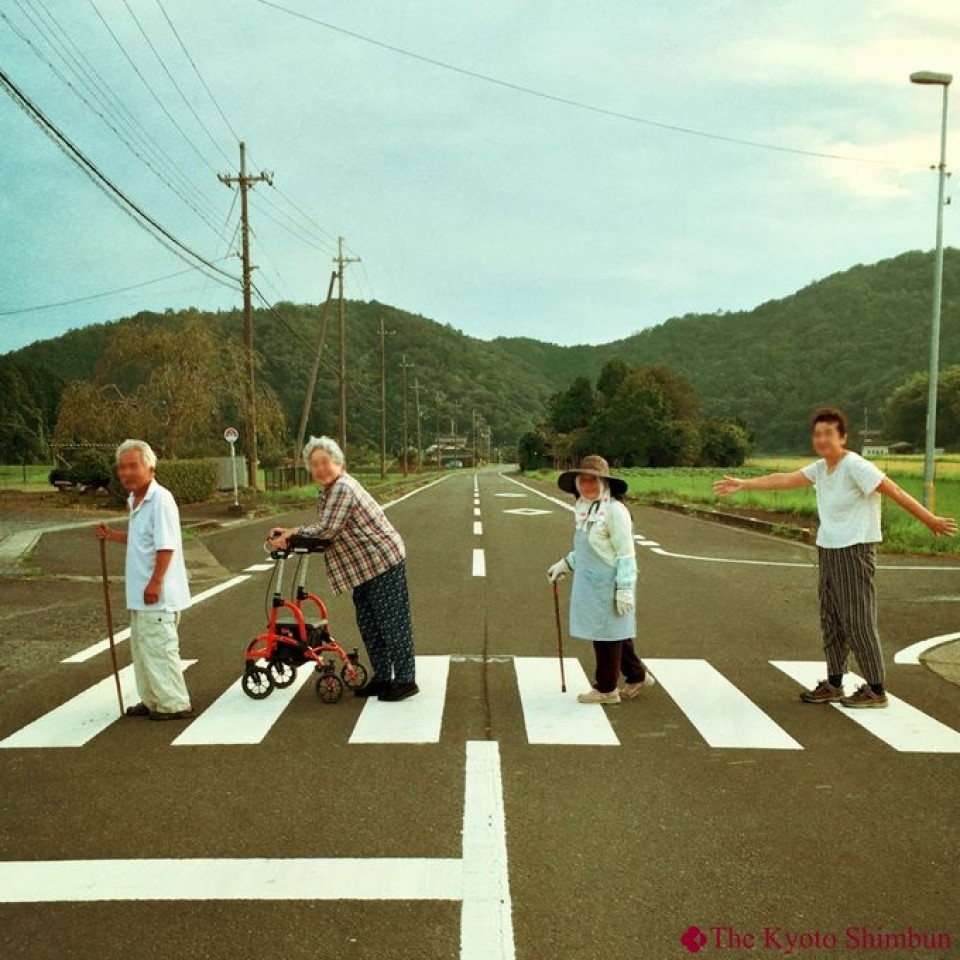 (Photo courtesy of Toshihiko Hata)
According to Hata, the area in which he currently resides is faced with issues of depopulation and an aging population, with almost all of the residents elderly people. "In this neighborhood, there is only one family with children," Hata said.
Every evening, some elderly residents in the community get together for a stroll. Only three of them usually take part, but on Sept. 9, the day the photo was taken, a woman from another community joined them and the four took the stroll together, according to Hata.
When Hata saw the four walking across the pedestrian crossing, it just clicked. "Abbey Road!" he thought. He took out his smartphone in a hurry and snapped the photo.  The four laughed at him and said "who would ever be interested in looking at a picture like this?" Hata recalled.

Yet, when Hata posted the photo on Twitter that evening, it was soon retweeted over 28,000 times and garnered more than 170,000 likes, as well as comments such as "impressive" and "that's a really nice photo."
"I never anticipated it would create this much buzz," Hata said, while adding that he would be glad if, through the photo, "more people will get to know about the charms of living in the countryside and decide to move here."

Lantern crafting for Kyoto's traditional festival scaled down amid pandemic