The coronavirus pandemic has changed much about how children study, from online learning to parents carrying the teaching load, but in Japan schools are looking to the internet to maintain one much-beloved tradition -- the school trip.

With multi-day in-person school trips often no longer an option, excursions are being conducted on a new platform, where technology is being deployed to give students a safe simulation of the real thing when hitting the road is not possible. 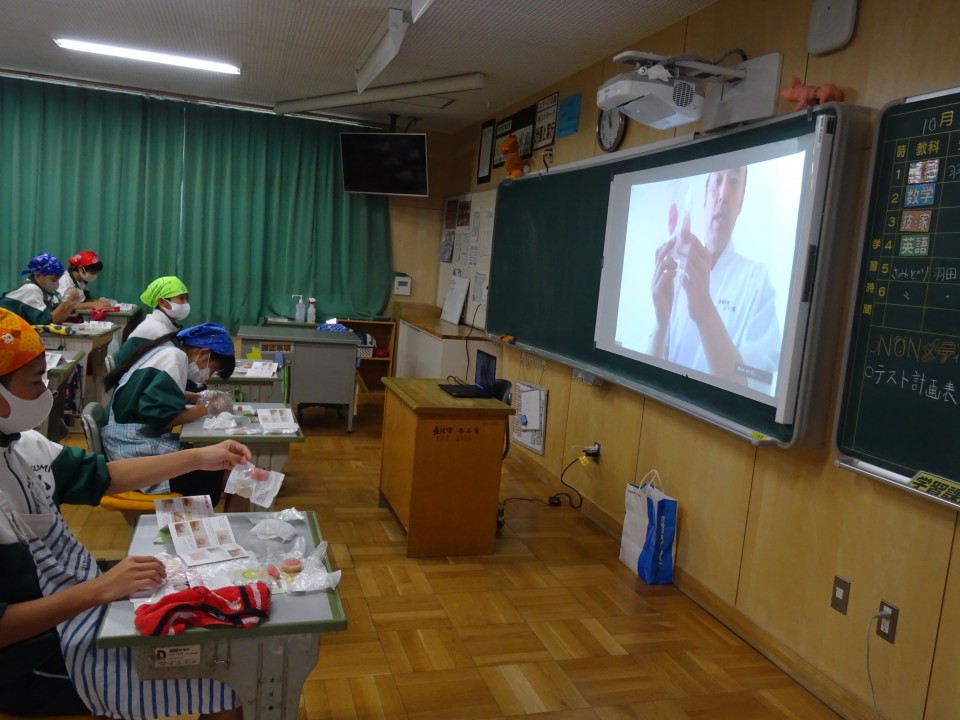 While many schools have canceled or postponed outings due to the global health crisis, some have taken students on "remote trips" which allow students to participate in cultural activities and sightseeing without having to step out of their classrooms.

The purpose of school trips, according to an education ministry official, is to have children learn things they cannot in their classrooms. Students often study about the place they are visiting ahead of time so they know what they are looking at.

Popular destinations include Tokyo, as well as the historical and cultural hubs of Kyoto and Nara in western Japan. Hiroshima and Nagasaki, the cities that suffered U.S. atomic bombing at the end of World War II, Hokkaido in the north and Okinawa in the south have also see many student trips.

But with the pandemic, it has become more difficult to keep students and faculty members safe.

In mid-October, students at a junior high school in Shizuoka Prefecture, central Japan, participated in a virtual trip to Kyoto and Nara after their visit to the real thing, originally scheduled for May, had to be scrapped.

Using the videoconferencing app Zoom, the third-grade students at Nagaizumikita junior high school toured the World Heritage-listed Yakushiji Temple in Nara guided by a monk who explained the notable features of the Buddhist temple, which has an approximately 1,300-year history.

The students also listened to a talk from the monk on Buddhist teachings, with lessons emphasizing the importance of perceptions and having a positive attitude during the pandemic. 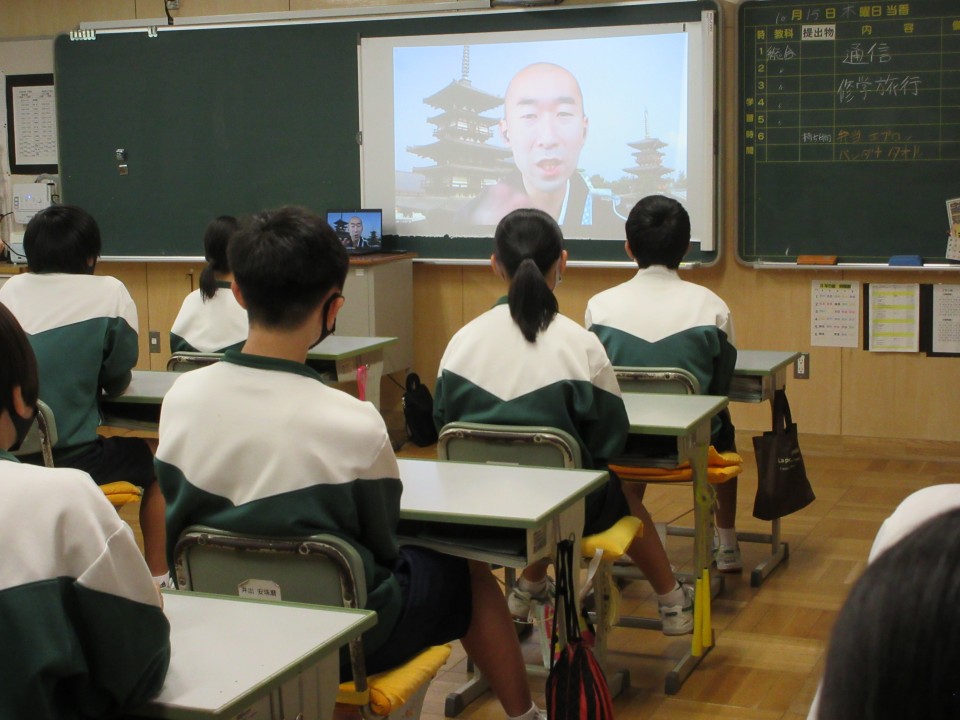 After changing into their aprons, the students also made a traditional Japanese "nerikiri" confectionary via a remote lesson from a confectioner in Kyoto. The roughly four-hour program also included a competition in which comedians based in western Japan quizzed the students about their understanding of the area.

Manabu Watanabe, the vice principal of the school, stressed virtual trips will never be able to fully replace traveling in person as a group, but he said going virtual helped give the students "a taste of the trip" at this difficult time.

"The students are in their final grade of junior high school, so we wanted to give them a chance to create memories with each other. They said they really enjoyed it," he said.

"It is, obviously, different from traveling physically, but the goal was to have the students get a feel of the trip even if it's only a little," he said.

The virtual trip was organized by a travel agency, Kinki Nippon Tourist Metropolitan Co., which launched the remote school trip program in late September. According to the company, it has already held several remote trips and expects to host about 10 by the end of the year.

"People hesitate to travel in large groups now. Our program is intended to offer something fun to students who missed out on their trips," a company spokesperson said.

According to the Japan School Trip Bureau, a nongovernmental foundation, the majority of schools that planned trips in the springtime were forced to cancel or postpone them. But some schools have decided to go ahead with trips or schedule them in October and November after the pace of infections in the country slowed.

Education minister Koichi Hagiuda told a press conference on Oct. 2 that he wants schools to return to holding in-person trips by taking sufficient measures against the virus. School trips nationwide are part of the government's "Go To Travel" subsidy campaign, he added.

"For children, (the trips) are an invaluable memory and also very effective in terms of education. We would like to request schools make as much effort as possible, including traveling to less distant destinations," he said.

The schools that have decided to go ahead with physical excursions have been making scheduling changes, including shortening their durations and switching destinations to reduce the risk of virus infections, the bureau said.

Instead of going to a location that is far and that requires a lot of traveling on busy trains or planes, many schools have been holding their trips locally.

In addition, some schools have refrained from using train travel entirely, opting instead for buses to limit the students' interactions with the public.

Mitsuhiro Takano, the director of the bureau, said it has received questions from many school officials who are scrambling to decide what is best for their students.

Parents and guardians are worried their children may spread the virus when they return from a trip, concern is especially strong among those who live in regions with an aging population, he said.

"The current situation makes it difficult to have school trips the way they were before the pandemic." 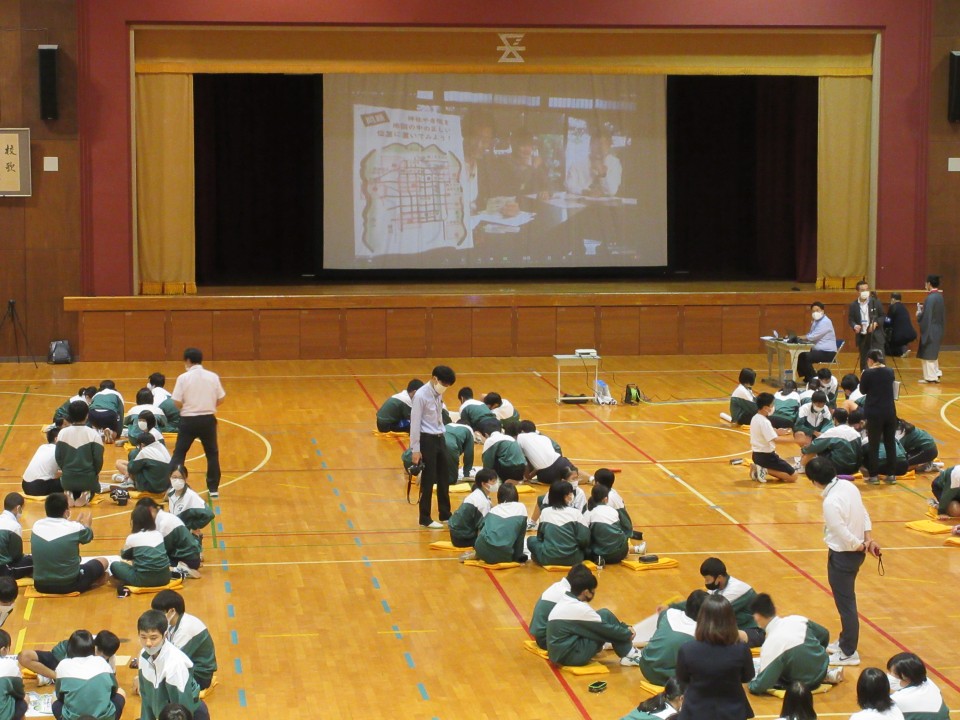