Prime Minister Yoshihide Suga is unlikely to dissolve the House of Representatives for an election within this year, opting to keep his immediate focus on tackling the COVID-19 crisis, senior officials in his administration said Thursday.

Media polls conducted immediately after Suga took office in mid-September showed high support ratings for his Cabinet, fanning speculation that the prime minister could seek to win a strong mandate from voters.

But, the officials said, Suga plans to stick to his pledge to prioritize curbing the spread of infections while bringing the economy back on track, making an election in the next few months unlikely.

Suga will also be busy for the rest of the year with preparations for postponed ceremonies to mark Crown Prince Fumihito's ascent to first in line to the Chrysanthemum Throne as well as a Group of 20 leaders' summit and drafting the state budget for fiscal 2021. 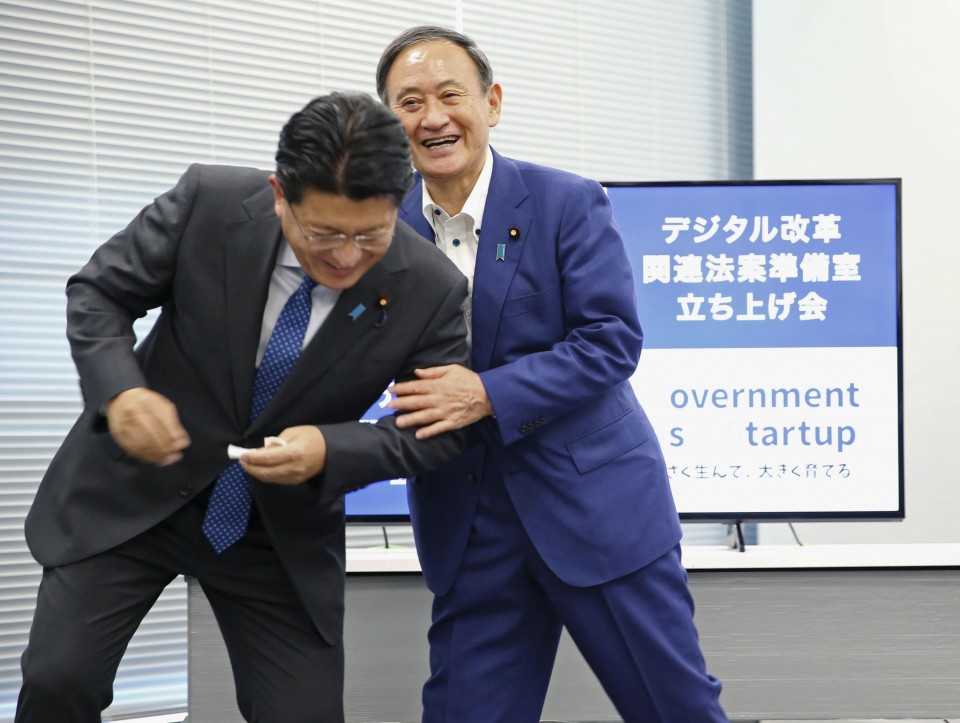 According to senior lawmakers of the ruling Liberal Democratic Party, an extraordinary Diet session is likely to be convened on Oct. 26 after Suga returns from a trip to Vietnam and Indonesia.

The upcoming Diet deliberations are expected to focus on the coronavirus response, with the Suga administration also seeking to ratify a trade deal with Britain in time for it to take effect in January.

In addition to the packed schedule, there appears to be a political calculus within the LDP and its junior coalition partner Komeito that they would fare better in an election after Suga makes good on his promise to "work for the people" by pushing forward with administrative reforms and improving the coronavirus situation.

"Voters wouldn't take kindly to dissolving (the lower house) before the outbreak is brought under control," one senior LDP lawmaker said.

Suga took office on Sept. 16 following his predecessor Shinzo Abe's abrupt resignation for health reasons. He is serving out the remainder of Abe's tenure as LDP leader and, therefore, prime minister through next September. The current four-year term for lower house members ends the following month.

While the prime minister has no obligation to call an election until then, high support for his newly formed Cabinet -- a Kyodo News poll showed an approval rating of 66 percent -- has led lawmakers and political pundits to speculate whether he would move to consolidate power.

The government's top spokesman, Chief Cabinet Secretary Katsunobu Kato, said during a TV appearance Thursday night that he does not agree that calling an election soon would give the ruling coalition an edge, suggesting the poll results show that "the people want us to do our jobs properly."

Suga himself said in his first press conference after taking office and before the poll results came in, he was mindful that there was a one-year time limit to call an election and that he would "give consideration" to the matter.

Japan has managed to avoid being hit by the global pandemic as hard as the United States and other countries, with daily infections falling from a peak of more than 1,600 to around 500. The death toll stands at less than 1,600.

Suga has vowed to uphold Abe's promise to acquire enough vaccines for the country's entire population of 126 million by the first half of next year.

The government has also rolled out a program to promote domestic tourism by subsidizing trip expenses and began easing travel restrictions in a bid to restart the economy, which shrank by a record 28.1 percent in annualized, real terms in the April-June quarter.