It was a given that Yoshihide Suga, the new male leader of Japan's ruling party, would be elected prime minister in the Diet in September to succeed Shinzo Abe, so when a 45-year-old female lawmaker from an opposition party received a single vote, many thought she had simply voted for herself.

But it soon came to light that Takae Ito, an upper house member for the Democratic Party for the People, had received the vote from a fellow female lawmaker, Shizuka Terata, an independent.

"I want Ms. Ito to drastically change Japan," Terata wrote in a blog post on Sept. 16 explaining her choice, in which she also argued that "other countries have changed their societal structure at 10 to 20 times the speed" of her home country.

In the heightened response that followed, some accused her of voting based purely on gender and age, but Terata stood by her choice, saying she had backed a woman she admired for being able to clearly set forward her views. 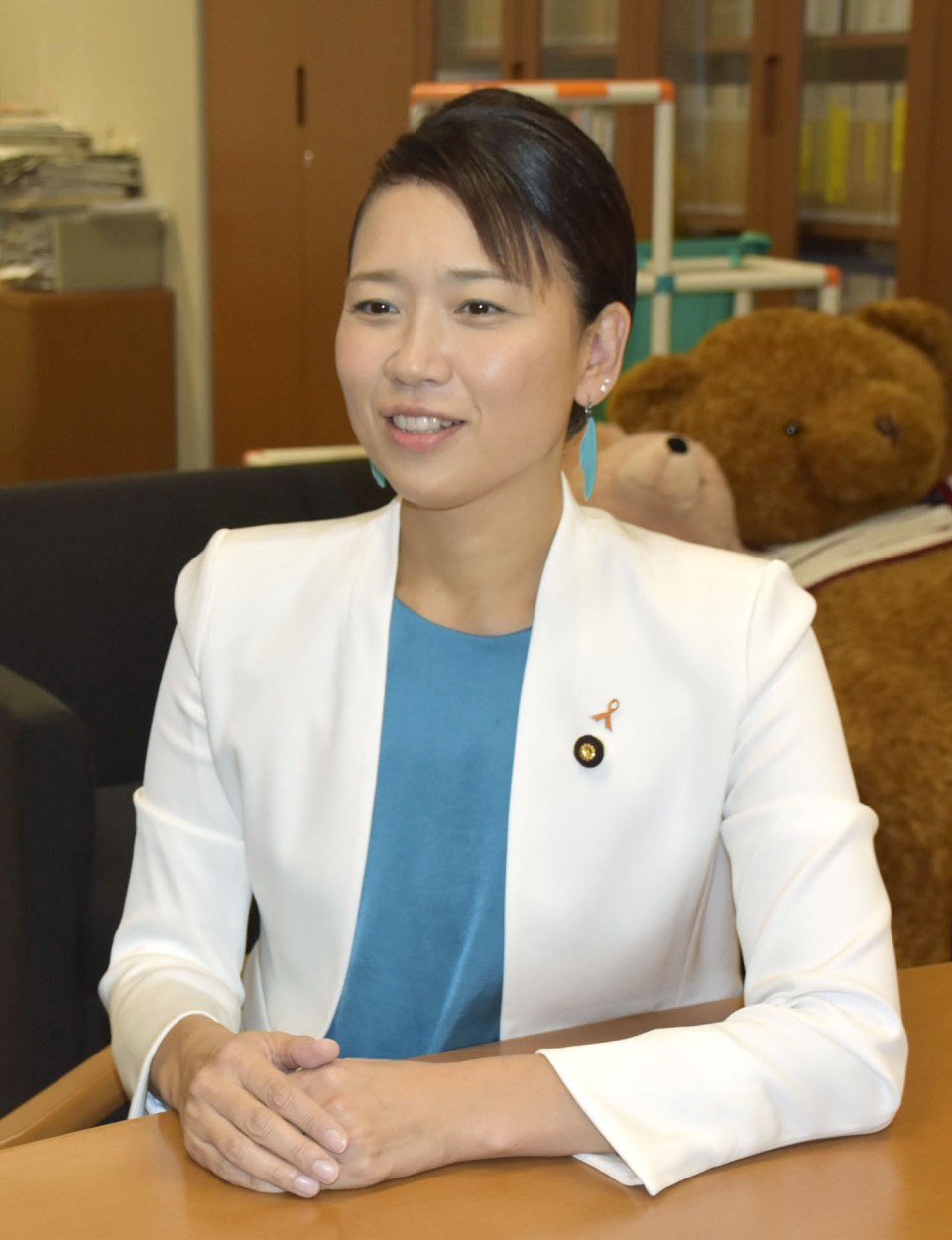 The 45-year-old strongly believes that increasing the number of women in decision-making positions will bring new perspectives to tackling the issues facing Japan.

Terata, a former secretary to Diet members, was first elected as a member of parliament in 2019 on a platform of opposing the deployment of the U.S.-developed Aegis Ashore land-based defense system in her constituency of Akita Prefecture, northeastern Japan.

But when Abe stepped down due to health reasons, Terata saw an opportunity to make a gesture to register her concerns about the direction Japan was taking and the type of society that should be built.

In her view, the lack of women in leadership positions within the government meant many important issues had gone unaddressed.

Japan ranked 121st in the World Economic Forum's ranking on gender equality among 153 countries surveyed last year, and its poor female representation in parliament is glaringly apparent when compared with countries like New Zealand and Finland, both which have female leaders under 50.

Indeed, after Suga, Abe's 71-year-old chief Cabinet secretary, was elected his successor as ruling party leader earlier in September, Twitter users began comparing a group photo of him and his four top Liberal Democratic Party officials with one of Finland's 34-year-old female prime minister Sanna Marin and four of her female Cabinet ministers.

Nearly 60 percent, or 11, of Finland's current Cabinet of 19 ministers are women, with four, including Marin, in their 30s. In contrast, the average age of Suga and his four male top LDP officials is somewhere north of 70.

Japan first elected a woman to parliament in the first House of Representatives election held after World War II in 1946. But up until the mid-1990s, with the exception of one period, women accounted for a mere 1 to 2 percent of lower house members.

The percentage of female lawmakers in the lower house currently stands at 9.9 percent, placing Japan 167th in a ranking of countries.

While its percentage of female lawmakers in the House of Councillors stands higher at 22.9 percent, it still falls short of the 30 percent target for women in leadership roles set by the Japanese government.

The extremely low proportion of women in leadership roles in Japan extends beyond lawmakers, with only 14.8 percent of managerial positions in businesses and the civil service held by women in 2019. 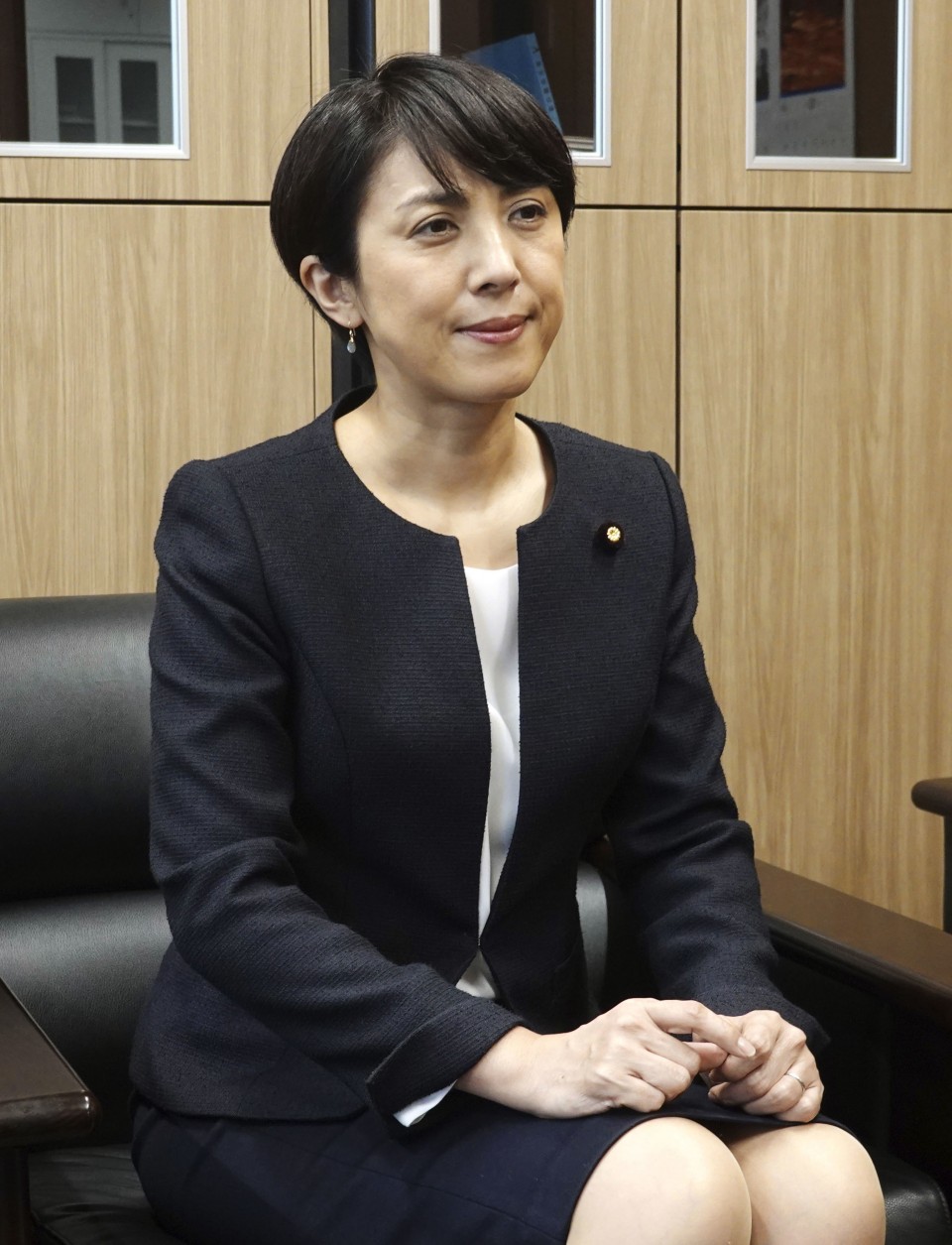 In comparison, around 40 percent of those positions are held by women in the United States and in Sweden, while the figure for Britain and France was more than 30 percent, according to International Labor Organization statistics.

Ito, a mother who has advocated "changing society for her children's sake," particularly appealed to Terata because of her work in a cross-party parliamentary association promoting the interests of parents.

"I hope the day comes when it is not unusual for women to be appointed prime minister or a Cabinet minister, or in any position. (This one vote) marks the first step toward the future," Seiko Hashimoto, minister in charge of gender equality and an LDP House of Councillors member, said in acknowledging the significance of Terata's vote.

For Ito herself, the vote came as a surprise, though a welcome one. Although, much to her chagrin, she still gets teased by other lawmakers as "Prime Minister Ito," she is determined to keep persevering.

"I want to change society together with Ms. Terata," she said.