Secretary of State Mike Pompeo will visit Japan from Sunday but will not travel to South Korea and Mongolia as earlier planned, the U.S. government said, after President Donald Trump was hospitalized with the novel coronavirus.

Pompeo was initially planning to travel to the three countries from Sunday to Friday. But he will now only visit Tokyo through Tuesday, State Department spokeswoman Morgan Ortagus said in a statement on Saturday. 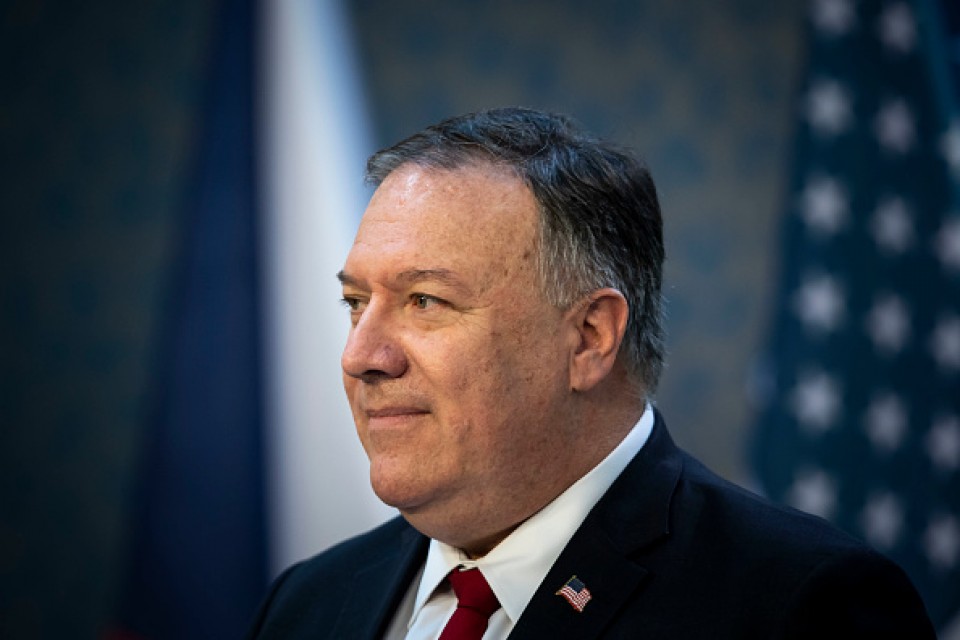 The top U.S. diplomat "expects to be traveling to Asia again in October and will work to reschedule visits on that trip, that is now just a few weeks off," she added.

The announcement came as Trump said early Friday that he has tested positive for the coronavirus and was hospitalized later in the day.

Concerns are growing over the condition of the 74-year-old president. He posted a video message on Saturday saying that he is feeling better, but that the next few days will be "the real test."

Pompeo's upcoming trip to Japan will be his first since Prime Minister Yoshihide Suga took office on Sept. 16 after his predecessor Shinzo Abe stepped down due to a chronic illness.

In Tokyo on Tuesday, Pompeo will participate in a meeting of the foreign ministers of Australia, India, and Japan, collectively known as "the Quad," in a move that is seen as a counter to China's growing assertiveness in the region.

Ortagas said in the statement that the Quad meeting will "focus on pressing issues of the Indo-Pacific region."