Two "monster" pumpkins have put customers at a restaurant in Hokkaido in the mood for Halloween.

Patrons of "Yakiniku Ecchan," and passersby have been astonished by the massive pumpkins lined up outside the barbecue restaurant in Asahikawa as they weigh in at more than 300 kilograms each.

Grown by Seiji Kawasaki and his wife, who run the restaurant, the pumpkins weigh in at 387 kg and 343 kg, respectively, and are 1.20 meters in diameter. 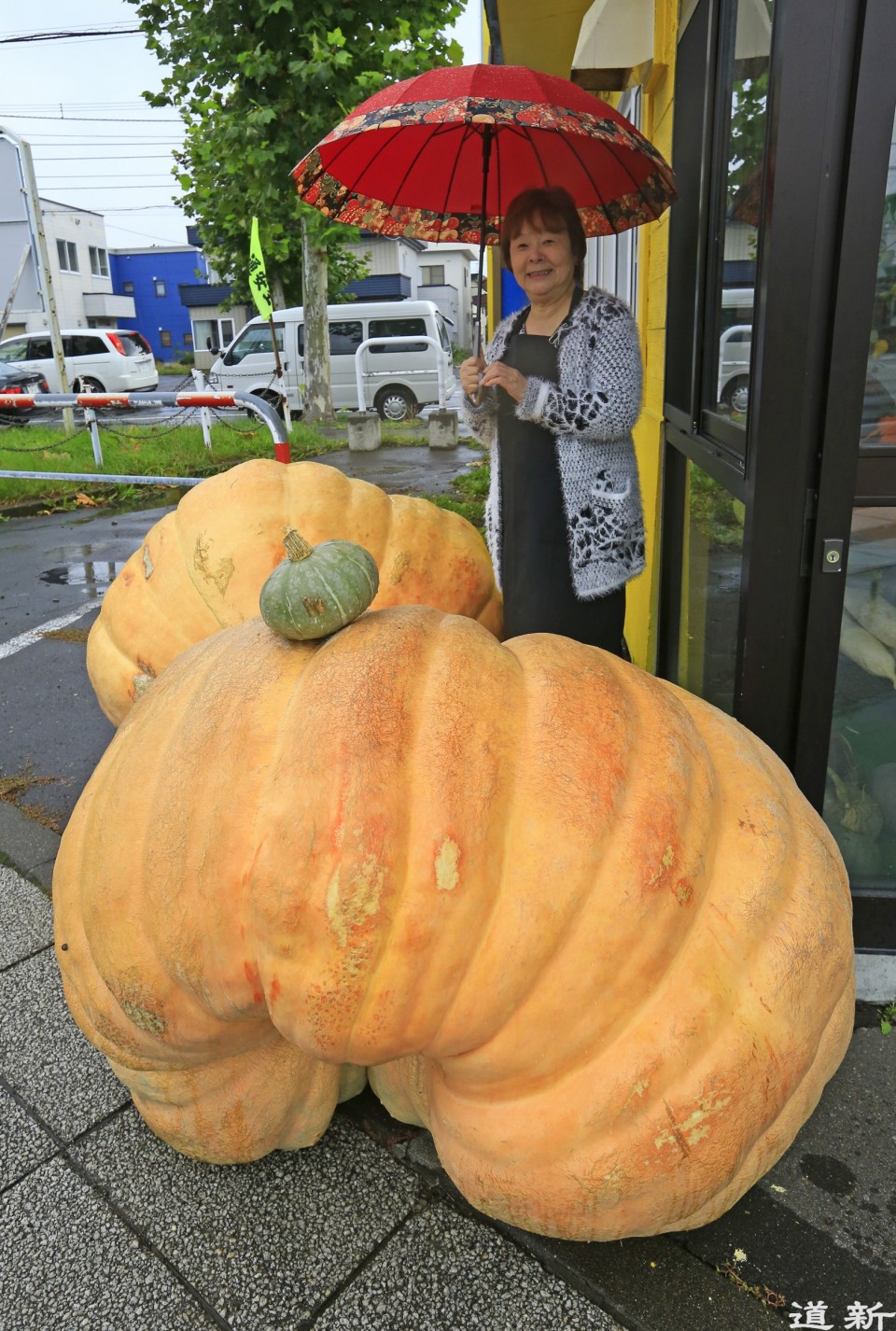 The couple became interested in growing them after seeing a heaviest-pumpkin weighing competition in Saroma, Hokkaido. They researched cultivation methods online and rented an allotment from an acquaintance living in Pippu.

Two round trips in a truck brought the pumpkins to the restaurant after they were harvested on Oct. 11.

"I can't believe they grew so big. I want to put (big pumpkins) on show (at the restaurant) every year from now on," said Kawasaki's wife with a smile.