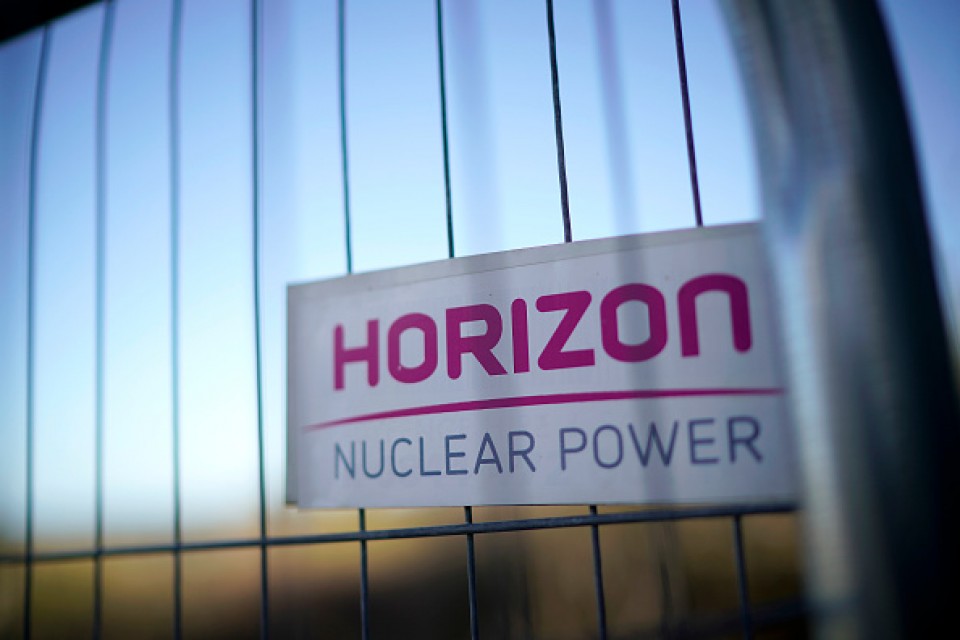 TOKYO - Hitachi Ltd. said Wednesday it will exit a 3 trillion yen ($28 billion) project to build a nuclear power plant in Britain after struggling to secure additional financial support from the British government.

The withdrawal came as a severe blow to Japan's efforts to boost infrastructure exports and more than a year after the plan was suspended in January 2019.

The project, involving Hitachi subsidiary Horizon Nuclear Power Ltd., was to construct two reactors on the island of Anglesey in northern Wales. Hitachi has notified the British government of the decision, a company official said.

"Hitachi made the decision given that 20 months have passed since the suspension, and the investment environment has become increasingly severe due to the impact of COVID-19," the company said in a statement after a board meeting.

Hitachi said it will coordinate with the British government and relevant organizations over the handling of the planned sites for construction and other issues related to the project.

The Japanese industrial conglomerate, which operates a railway business in Britain, said it does not expect the latest decision to have a significant impact on earnings because an impairment loss and other expenses of about 295 billion yen were incurred in fiscal 2018 through March 2019.

Hitachi acquired Horizon in 2012 to boost its nuclear power business overseas. But it faced difficulty in securing funding as safety-related costs pushed up the total cost of the project to 3 trillion yen from 2 trillion yen.

In 2018, Hitachi Chairman Hiroaki Nakanishi met with then British Prime Minister Theresa May to seek support from London.

The 3 trillion yen project was to be realized by 2 trillion yen from the British government in loans and the rest from Hitachi as well as Japanese and British firms.

Japan has been promoting infrastructure exports as one of the drivers of economic growth.

The push for the export of nuclear power technology comes as domestic opposition to the electricity-generating method remains strong following the 2011 Fukushima Daiichi nuclear accident, the worst since the 1986 Chernobyl disaster.

Other Japanese firms have also faced headwinds. Mitsubishi Heavy Industries Ltd. is expected to withdraw from a project in Turkey, while Toshiba Corp.'s U.S. nuclear unit filed for bankruptcy protection.

Earlier this year, the Japanese government decided to tighten rules on exporting coal-fired power plants amid criticism that the practice goes against efforts to fight global warming.