A group of Malaysians who formerly studied in Japan have donated hundreds of items of nonwoven protective clothing for Japanese hospital staff to use amid the coronavirus pandemic.

The Kizuna Project donation drive is being coordinated by Nurhaizal Azam, a 47-year-old associate professor at Hiroshima City University who used to study at Toyama University. 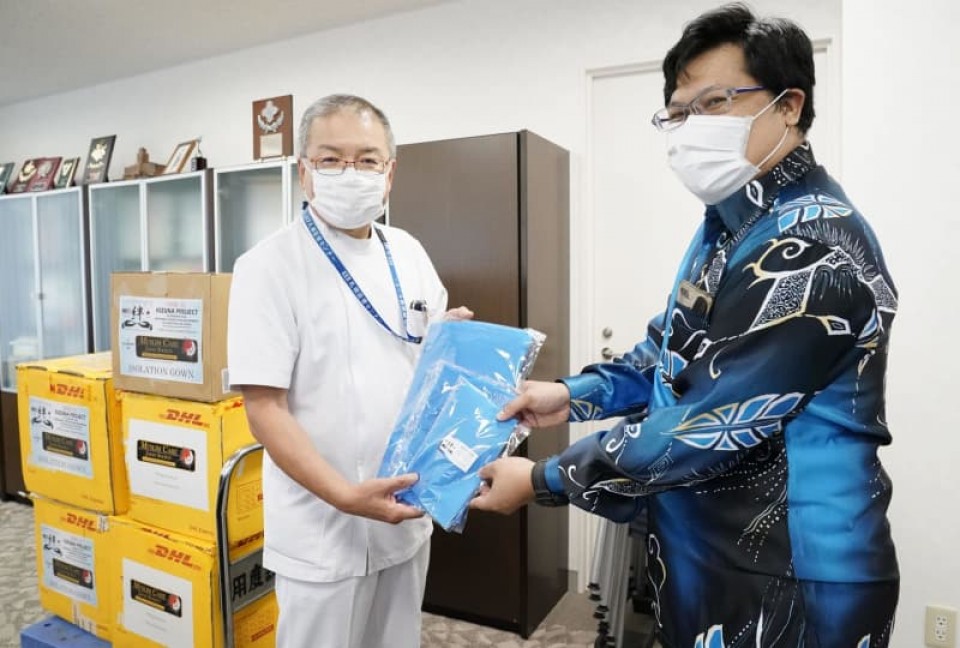 "A lot of people took care of me (when I was a student)," he said. "Now I want to encourage Japanese medical workers having a hard time with the coronavirus."

Since first donating 110 protective suits to Kawasaki Municipal Tama Hospital, located near Tokyo, the project has provided 100 suits each to two hospitals and 200 each to another two in Sapporo on Japan's northernmost main island of Hokkaido.

It has also provided 50 suits to an evacuation center in Taragi, Kumamoto Prefecture, southwestern Japan, after torrential rain.

Among the recipients, Hiroshi Isobe, director of KKR Sapporo Medical Center, said, "It is very helpful because protective gear often runs out quickly and is always in short supply."

There will be a greater need for personal protective equipment in winter with the double threat of COVID-19 and influenza, he said.

The project was launched in June by a retired Malaysian major, a former student at Japan's National Defense Academy, who called for donations from compatriots who had studied in Japan, according to the website of the Japanese Embassy in Malaysia.

Its members initially had no way to contact the Japanese medical community, but Malaysians from outside the group put it in touch with Sufi Norhany, a 38-year-old Malaysian doctor at Sapporo Hokushin Hospital, who helped to find recipients.

"I hope this will become a bridge between the two countries," said Wan Abdulaziz, 45, husband of Norhany who delivered the suits to KKR Sapporo Medical Center.