Chicago Red Stars forward Yuki Nagasato will make history as the first woman to play professionally for a men's club after signing with Hayabusa Eleven of the Kanagawa Prefecture League in Japan, the two sides announced Thursday.

The 33-year-old Nagasato, who joined the Red Stars in 2017, was a member of the Nadeshiko Japan women's national soccer team that won the 2011 FIFA Women's World Cup and part of the silver medal-winning London Olympic team in 2012.

"My performance and condition are improving as I get older," Nagasato said at a press conference. "I'm looking forward to taking on the challenge." 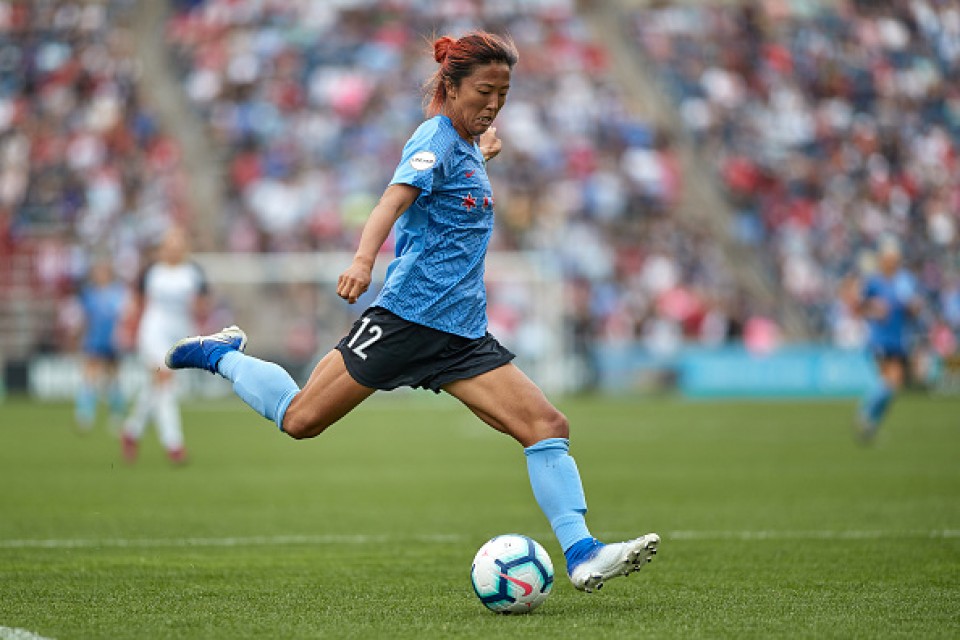 Chicago Red Stars forward Yuki Nagasato (12) kicks the ball in game action during a NWSL game between the Chicago Red Stars and the North Carolina Courage on July 21, 2019 at SeatGeek Stadium, in Bridgeview, IL. (Icon Sportswire/Getty/Kyodo)

Nagasato has shown a willingness to play opposite men for many years, having been inspired by two-time Women's World Cup champion and Olympic gold medalist Megan Rapinoe, a co-captain of the United States national team known for her activism on and off the field.

The former Japan striker said she wants to deliver "a message that women can play an active role on a men's team and are up to the task."

Her older brother Genki Nagasato also plays for Hayabusa in the second division of the Kanagawa league and her younger sister Asano recently joined the Hayabusa Eleven+F, an affiliate footgolf team.

Yuki Nagasato, who had eight goals and eight assists in 2019, also had spells in her homeland, Germany and England. Her loan ends prior to the 2021 National Women's Soccer League preseason, the Red Stars said in a release.

She is expected to make her debut for Hayabusa in or after October.