Naomi Osaka, who won her third Grand Slam title at the U.S. Open last weekend, said Friday she will not participate in the upcoming French Open, citing a hamstring injury.

"Unfortunately I won't be able to play the French Open this year," Osaka said on Twitter.

"My hamstring is still sore so I won't have time to prepare for the clay -- these two tournaments came too close to each other for me this time. I wish the organizers and players all the best," she said. 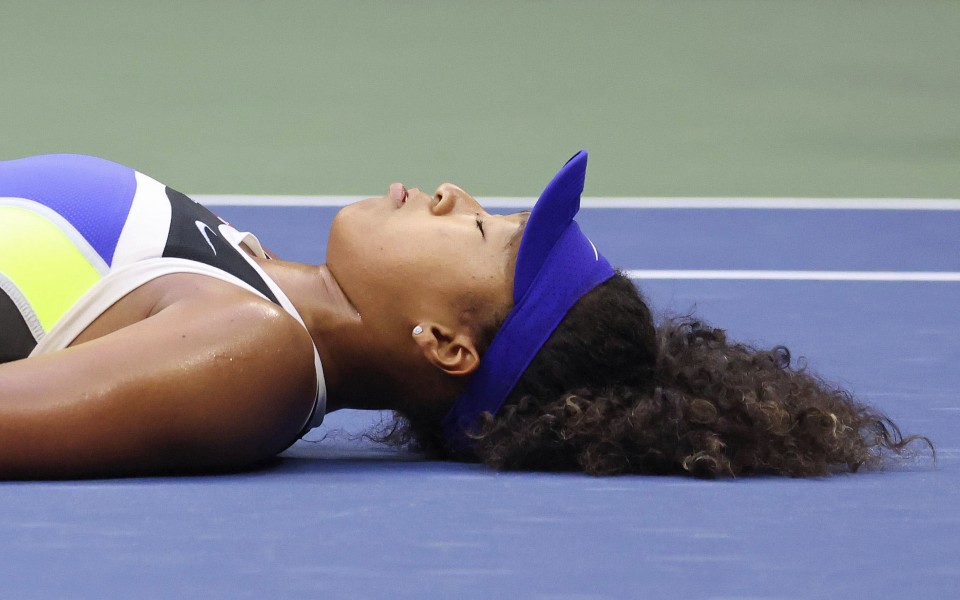 Naomi Osaka of Japan celebrates winning match point during her Women's Singles final match against Victoria Azarenka of Belarus on Day Thirteen of the 2020 US Open at the USTA Billie Jean King National Tennis Center on Sept. 12, 2020, in the Queens borough of New York City. (Getty/Kyodo)

The injury forced the 22-year-old Japanese, ranked No. 3 in the world, to sit out the women's championship final at the Western and Southern Open late last month.

At the U.S. Open, Osaka moved unhindered on the hardcourt in Saturday's final against Victoria Azarenka despite a heavily taped thigh. She played four three-setters en route to the title.

Osaka has met all the eligibility criteria to become an International Tennis Hall of Fame candidate by winning three Grand Slam singles titles and spending at least 13 weeks at No. 1 in the Women's Tennis Association standings.

The French Open, a clay-court Grand Slam event at Roland Garros in Paris, was postponed for about four months because of the coronavirus pandemic and will be held from Sept. 21 to Oct. 11.