Only 42.6 percent of companies in Japan are actively promoting women to managerial positions, down 7.4 points from last year, according to a recent private survey.

Teikoku Databank Ltd., which conducted the survey in July, said the economic slowdown sparked by the novel coronavirus pandemic has made companies less focused on the issue of promoting women. 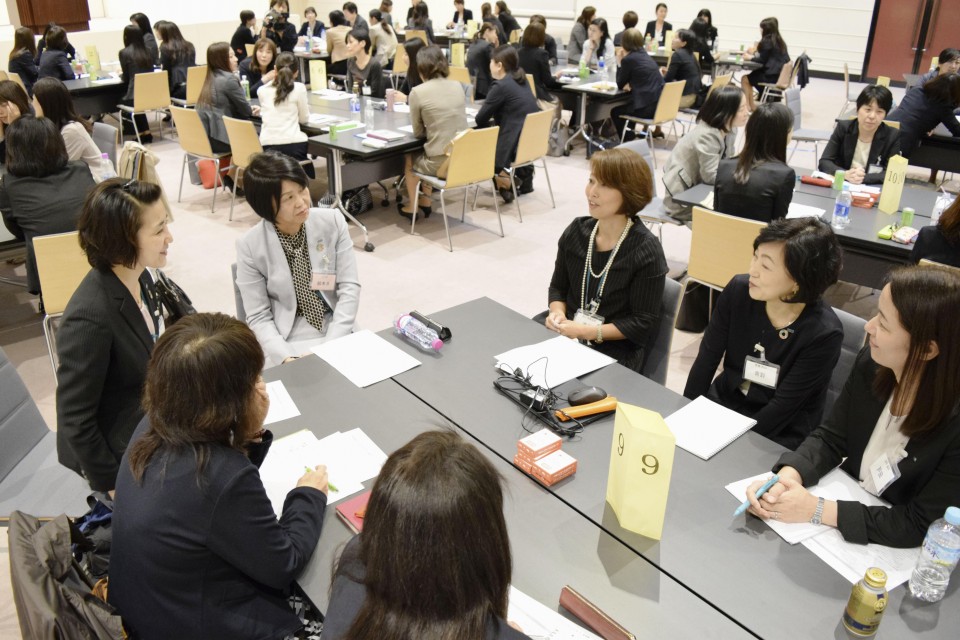 A training session for female managers at Mitsui Sumitomo Insurance Co. in Tokyo in October 2018. (Kyodo)

A greater number of companies have put more emphasis on maintaining overall employment, it said.

According to the survey, 41 percent of respondents said they are not actively offering leadership posts to female employees, up 7 points from a similar survey last year.

In the latest poll, 16.4 percent said they do not know if they are actively promoting women, up 0.4 point.

Of the companies that said they are actively promoting female workers, 71.8 percent said it allows them to make full use of talented human resources regardless of gender.

Nearly 30 percent said it leads to a change in women's perceptions of work.

The survey, meanwhile, showed that women on average held only 7.8 percent of management positions at the companies, up 0.1 point and falling far below the 30 percent target set by the Japanese government.

Only 21.7 percent said they expect an increase in the number of women taking leadership roles, down 1.9 points.

By sector, retailers, real estate and service industries were eager to promote more women, while construction and transport were not.

"To promote more female workers, it is important to create a nice and comfortable environment to work in," a Teikoku Databank official said.

"Such an environment would reduce the burden on women in households. Promotion of teleworking would allow more people to work in diverse ways."