Japan and India have signed a military pact enabling them to exchange logistical support, the Japanese government said Thursday, as part of efforts to step up security cooperation in the face of China's growing assertiveness.

The countries had intended to sign the acquisition and cross-servicing agreement last December during Prime Minister Shinzo Abe's scheduled visit to Guwahati in eastern India. But, the trip was canceled after violent protests broke out in the city over a controversial immigration law.

In a phone call on Thursday, Abe and his Indian counterpart Narendra Modi agreed on the importance of their countries' close security and economic cooperation, and shared the view that the signing of the pact the previous day will help realize a free and open Indo-Pacific region, the Japanese government said. 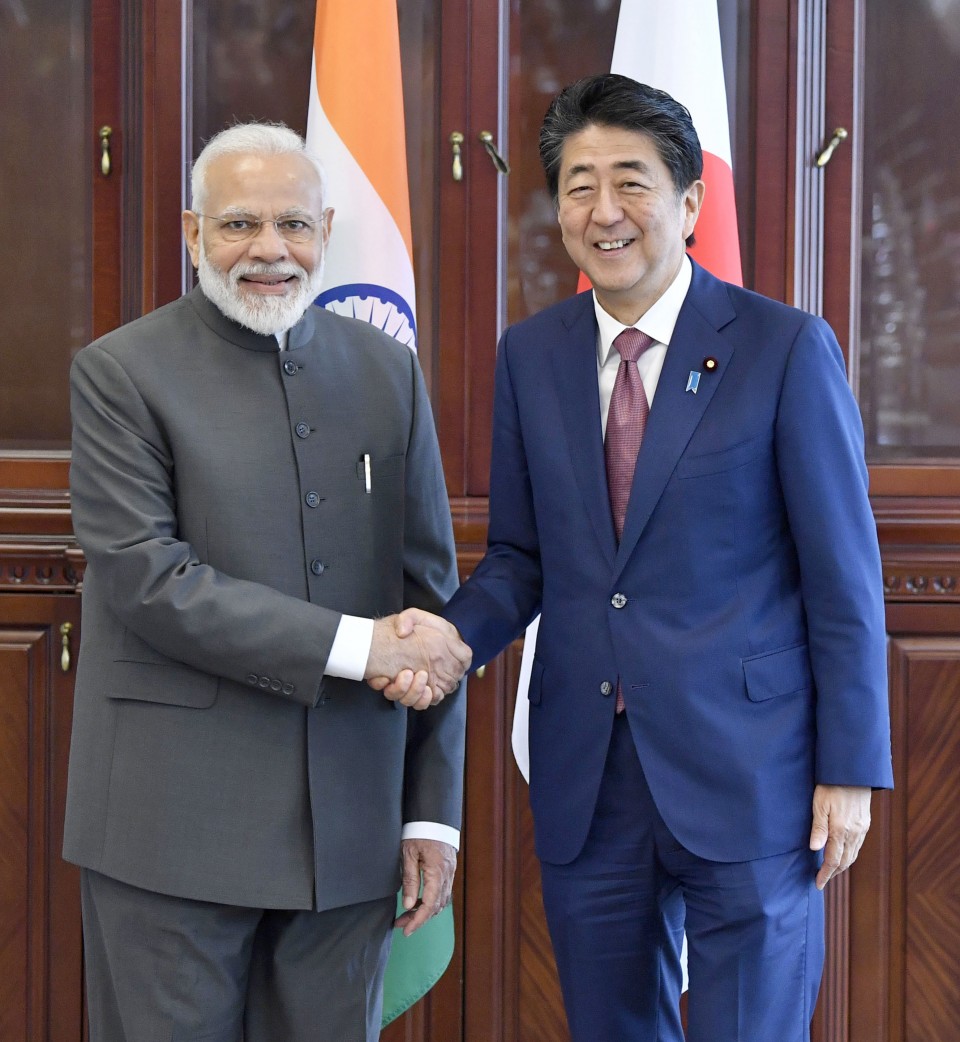 The agreement provides a framework for the Japanese Self-Defense Forces and the Indian Armed Forces to provide each other with supplies and services including food, fuel and spare parts, as well as provide transportation and use of each other's facilities during joint exercises and U.N. peacekeeping operations.

Both countries must conclude domestic procedures for the pact to enter into force. Japan already has similar arrangements with the United States, Britain, France, Canada and Australia.

In the 30-minute call, Abe briefed Modi on his decision to resign due to health concerns, to which the Indian prime minister responded by thanking him for his leadership in strengthening bilateral relations, the government said.

The two also agreed on cooperation on delayed plans to introduce Japanese high-speed trains to India in 2023.

Both countries are concerned by Beijing's ambitions in the region, with Tokyo protesting the sending of Chinese ships near the Senkaku Islands, a group of Japanese-controlled, Chinese-claimed uninhabited islets in the East China Sea.

India has a long-standing border dispute with China in the Himalayas that turned deadly in June when a clash between their troops left at least 20 Indian soldiers dead.

India to lock down whole country to battle coronavirus