Ninety percent of young people belonging to the Japanese diaspora around the world want to make connections with "Nikkei" in other countries, according to what is billed as the first awareness survey of young Nikkei adults.

The survey also found that 74 percent of respondents feel a strong sense of Nikkei identity, and that 82 percent choose the Japanese word "gambaru," or "do your best," as the most important Japanese value that shapes their Nikkei identity. 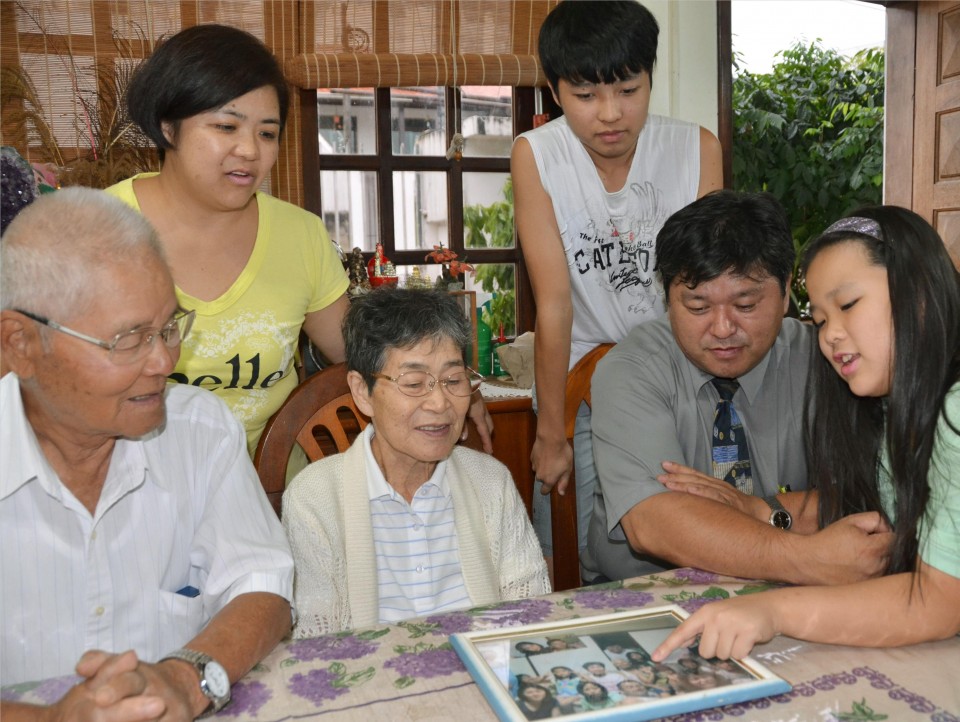 File photo shows members of a family of Japanese descent looking at their family portrait in Piedade, San Paulo, Brazil in March 2014. (Kyodo)

"One of the key findings of this research is that young Nikkei adults desire to build a global community and develop a transnational connection and understanding of a global Nikkei identity," said the Nippon Foundation, a Tokyo-based organization that conducted the survey with the Japanese American National Museum in Los Angeles.

However, the survey may not necessarily be an accurate reflection of the views of the estimated 3.8 million people descended from Japanese emigrants around the world because it was conducted primarily through Nikkei organizations, which tend to involve people with higher interest in Japan.

According to the survey, 79 percent of the respondents feel a tie with Japan, with 48 percent saying they feel it strongly and 31 percent moderately.

The survey, conducted last year, covered some 3,800 Nikkei aged between 18 and 35 in 36 countries and territories from North to South America to Asia and Europe.

Aside from "doing your best," 78 percent cited "sonkei," or "respect," as the most important value as a Nikkei, 69 percent selected "kansha," or "gratitude," and 68 percent picked "mottainai," an expression of regret when something is used wastefully. 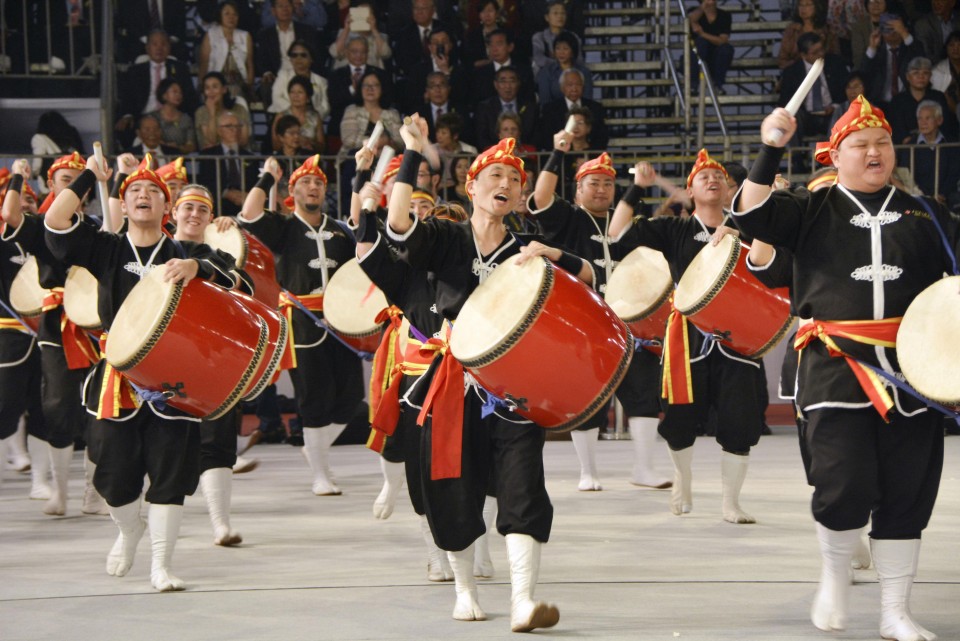 File photo shows people of Japanese descent and others performing Okinawa drums at a ceremony in San Paulo commemorating the 110th anniversary since the first Japanese immigrants arrived in Brazil. (Kyodo)

Twenty-one percent cited anime as a source for learning about Japanese pop culture, followed by manga, mentioned by 14 percent, and karaoke, by 13 percent.

Thirty-four percent said they eat Japanese food once or twice a week at home and 36 percent eat out at Japanese restaurants a few times a month.

"To be Nikkei is to understand and practice Japanese principles while adapting to the values of one's country of origin. A Nikkei is a person who can find the balance between the two worlds," a respondent in Brazil was quoted as saying by the Nippon Foundation.