Malaysia said Thursday it will ban the entry of foreign citizens from countries that have recorded over 150,000 coronavirus cases beginning Monday as the number of imported cases rises. 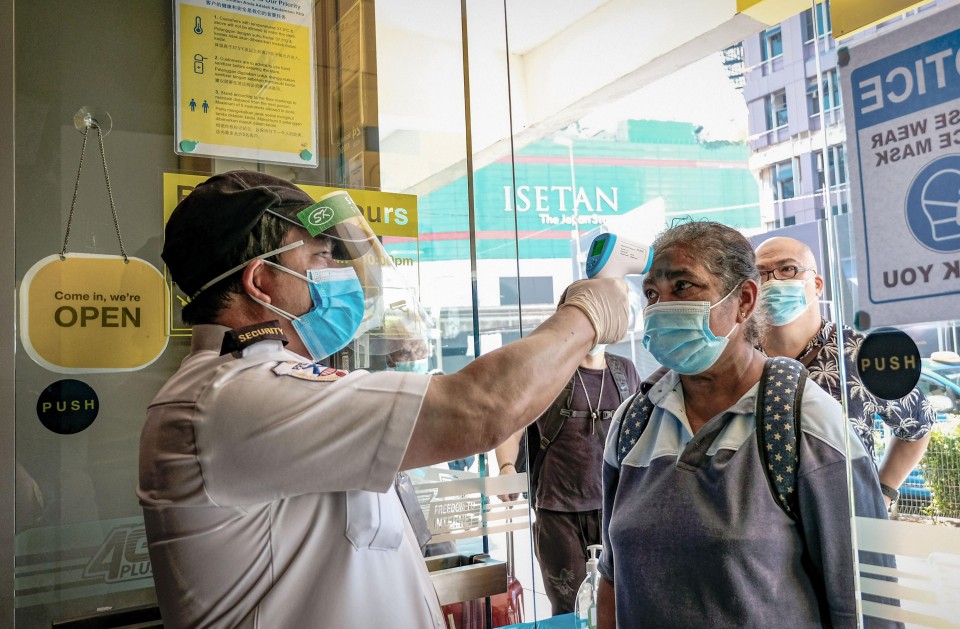 Visitors have their temperatures checked at the entrance of a store in Kuala Lumpur on May 4, 2020. (Kyodo)

"We will not allow those from high-risk countries to enter our country," Defense Minister Ismail Sabri Yakcop told reporters, adding that the list of foreign citizens barred may increase.

He noted, however, that exceptions will be made for emergency cases and those related to bilateral government affairs, but subject to approval from the Immigration Department.

The ban cover even those who hold long-term immigration passes like permanent residents, foreign spouses of Malaysians and those who come under the special expatriate program called "Malaysia My Second Home."

Local health authorities have expressed concern that imported cases may rise as winter approaches in the Northern Hemisphere. Also, most of the recent cases reported in Malaysia are linked to infection originated from abroad.

Malaysia has shut its borders since March, but began to ease restrictions in July to allow long-term immigration pass holders and those on professional visas to enter the country.