A member of the House of Representatives has tested positive for the novel coronavirus and been admitted to a hospital, the lower house's secretariat said Friday, the first confirmed infection of a Japanese lawmaker.

Shuichi Takatori, who belongs to the ruling Liberal Democratic Party, developed a fever of more than 37 degrees on Friday morning, which has since subsided, and the results of an antigen test came back positive, according to his office. 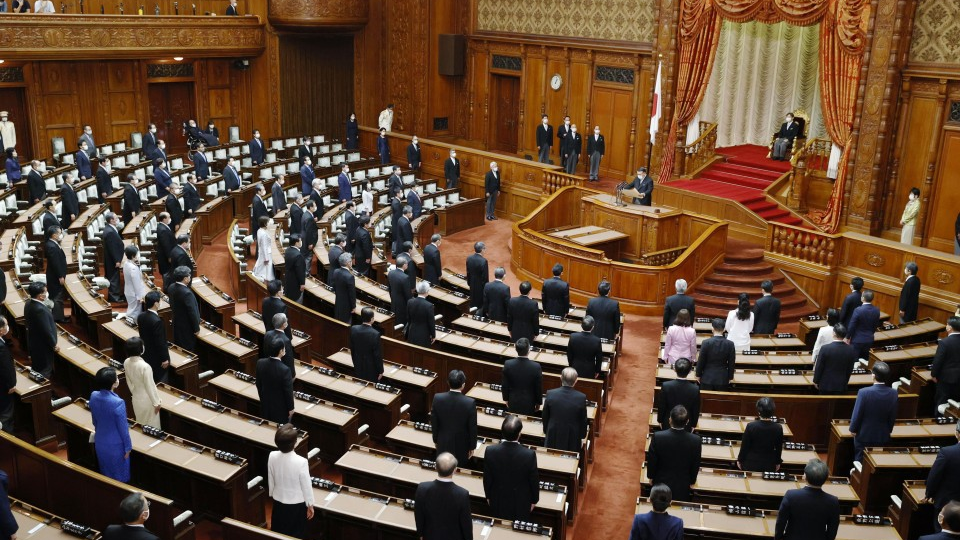 A three-day extraordinary session of the Japanese Diet opens in Tokyo on Sept. 17, 2020, with Emperor Naruhito in attendance. (Kyodo)

As Abe's special aide, he delivered a ritual offering to the war-linked Yasukuni shrine on Aug. 15, the anniversary of Japan's surrender in World War II.