Nippon Telegraph and Telephone Corp. said Tuesday it has decided to make its NTT Docomo Inc. subsidiary a fully owned unit through a 4.25 trillion yen ($40 billion) tender offer, the largest-ever in Japan.

NTT, which had a 66.21 percent stake in the mobile phone service company as of March 31, announced it plans to acquire the remaining shares from individual shareholders, financial institutions and others through the tender offer.

It would be the largest-ever takeover bid in Japan, according to mergers and acquisitions advisory firm Recof Corp.

Even before becoming leader, Suga repeatedly criticized Japan's major wireless carriers for maintaining an oligopoly. Earlier in the month, he instructed the telecommunications minister to ensure a reduction in mobile phone fees, which are said to be high compared to other countries.
NTT denied the move is directly aimed at cutting mobile costs. 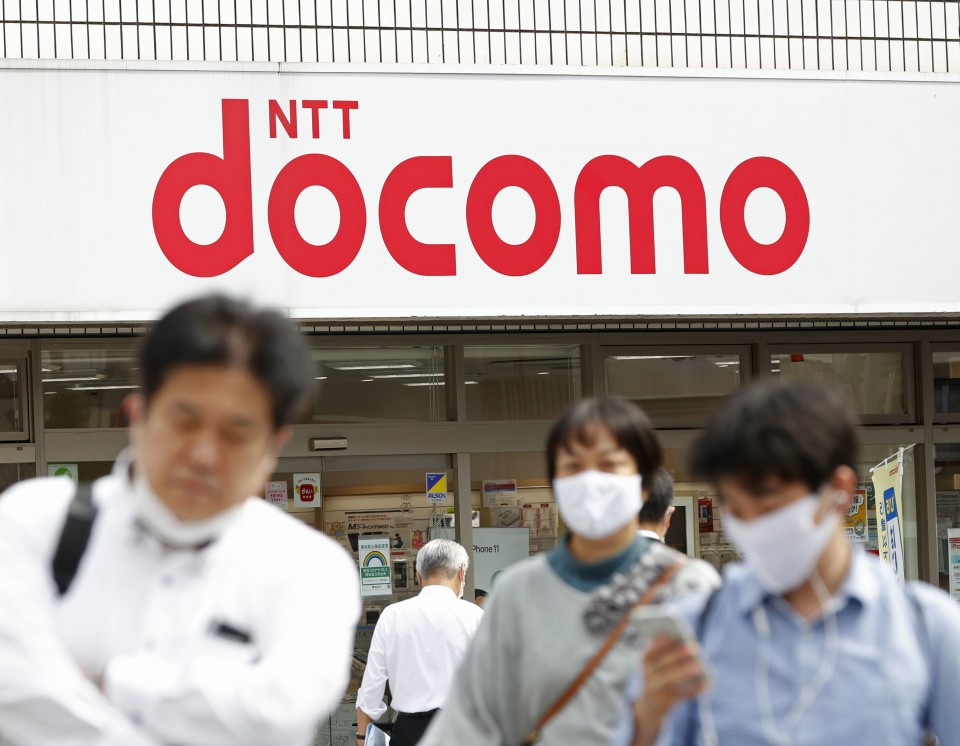 But President and CEO Jun Sawada also said in an online press conference that "we could further cut rates after NTT Docomo strengthens its fiscal health" through the buyout.

"We will take full advantage of our group's resources to enhance our competitiveness," he said.

NTT Docomo President and CEO Kazuhiro Yoshizawa, who also attended the news conference, said, "The environment has substantially changed with competition (among wireless carriers) increasingly intensifying," adding, "We have to transform ourselves into a company that can meet the total needs of customers."

On Tuesday, shares of the mobile unit jumped nearly 16 percent to a daily limit high of 3,213 yen on media reports that NTT would announce the TOB.

NTT Docomo will be delisted from the prestigious First Section of the Tokyo Stock Exchange once the tender offer is completed. The parent firm will borrow up to 4.3 trillion yen from six banks to fund the bid, it said.

After the takeover, NTT will be able to book all profits from the country's largest wireless carrier, which had about 80 million subscribers or 40 percent market share as of June 30, but faces intensifying competition from rival carriers such as KDDI Corp., SoftBank Corp. and Rakuten Mobile Inc.

NTT Docomo posted a net profit of 591.52 billion yen in the business year through March, down 10.9 percent from a year earlier, on sales of 4.65 trillion yen, down 3.9 percent.

Meanwhile, the industry faces challenges in rolling out 5G networks across the nation. NTT Docomo expects its 5G-related capital investment to reach 1 trillion yen by 2023.

In June, the parent company announced a capital tie-up with NEC Corp. to collaborate in 5G provision.
NTT logged a net profit of 855.3 billion yen in the business year through March, up 0.1 percent from a year earlier, on record sales of 11.9 trillion yen, up 0.2 percent.

NTT Docomo was launched in 1991 and the parent company spun off its mobile and pager businesses to the subsidiary the following year under a government initiative aimed at promoting deregulation in the telecom industry. NTT Docomo went public in 1998.

The subsidiary also announced Tuesday Vice President Motoyuki Ii will replace Yoshizawa on Dec. 1.
NTT was privatized in 1985 and went public in 1987.