Japan is finalizing new supervisory measures that will allow foreign nationals applying for refugee status and expected to be in detention for more than six months to be released and have a social life, according to immigration officials.

The plan by the Immigration Services Agency of Japan comes in response to criticism of the country's long-term detention of foreign nationals who refuse to accept deportation. 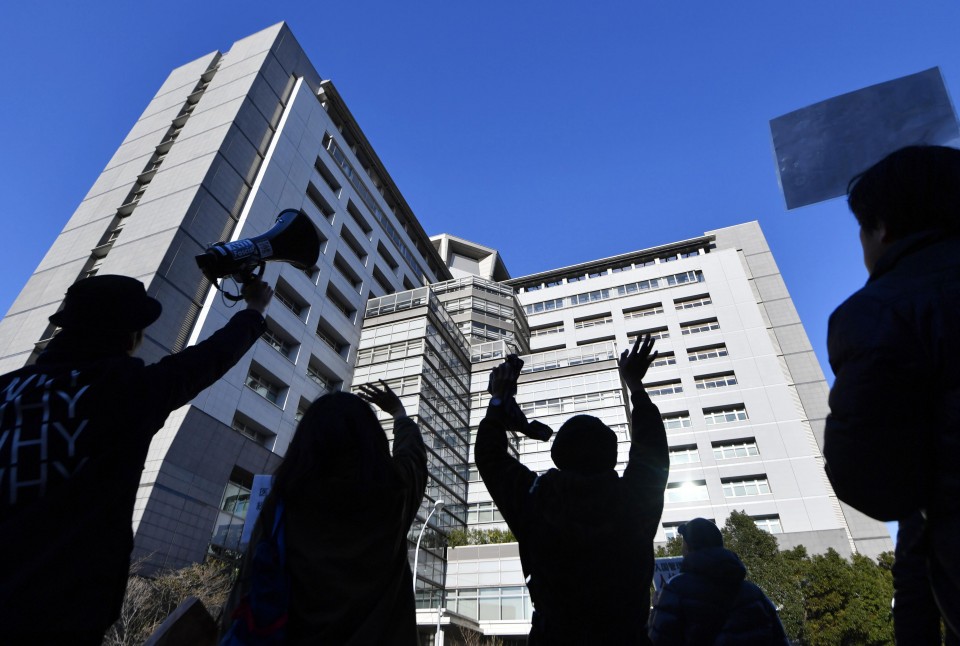 Protesters wave to people detained at the Tokyo Regional Immigration Bureau building on Dec. 29, 2019, during a rally against long-term detainment of foreign nationals in Japan. (Kyodo)

The agency, which has been studying a set of proposals compiled in June by a panel of immigration experts, is expected to submit necessary revisions to the immigration law to the Diet as early as possible, the officials said Tuesday.

The panel was set up to review the system following the death of a Nigerian man in his 40s who had gone on a hunger strike at an immigration center in Nagasaki Prefecture in June last year over his prolonged detention.

Under the new measures, the agency is also considering providing financial support for those who are released to help them cover basic living costs, as they are not permitted to seek employment.

They will be monitored by support groups and lawyers certified by the agency, which will be required to periodically report back on their living situation, according to the officials who spoke on condition of anonymity.

Penalties will be introduced for those who go missing following release, they said.

With the exception of foreign nationals who have a criminal record or are deemed likely to flee, those applying for recognition as refugees or are involved in a pending lawsuit associated with their application will be made eligible for release.

The agency plans to also establish a new status for foreign nationals whose refugee application was rejected but are unable to return to their home country due to war or other reasons.

Noting an increase in the number of people who are applying for refugee status to avoid deportation, the agency plans to send foreign nationals who file for asylum more than three times back home but has faced backlash from their supporters, the officials said.

For those who refuse to leave Japan, the agency is considering imposing penalties only on those who violently resist on flights while being forcibly deported and nationals whose home countries refuse to accept them, such as Iranians.

On the flip side, to encourage compliance the agency plans to shorten the period in which Japan bans the re-entry of individuals who promptly leave the country on deportation orders.