Boxes of Japanese bean paste-filled "manju" buns commemorating Prime Minister Shinzo Abe's resignation have hit store shelves at a parliament gift shop and other outlets following his surprise late August announcement that he is stepping down.

"Arigato!!! (Thank you) Shin-chan Manju," the logo reads, using the diminutive form of the country's longest-serving prime minister's first name. The latest edition of the confectionary is the last of the more than 30 editions sold during Abe's approximately nine-year tenure. 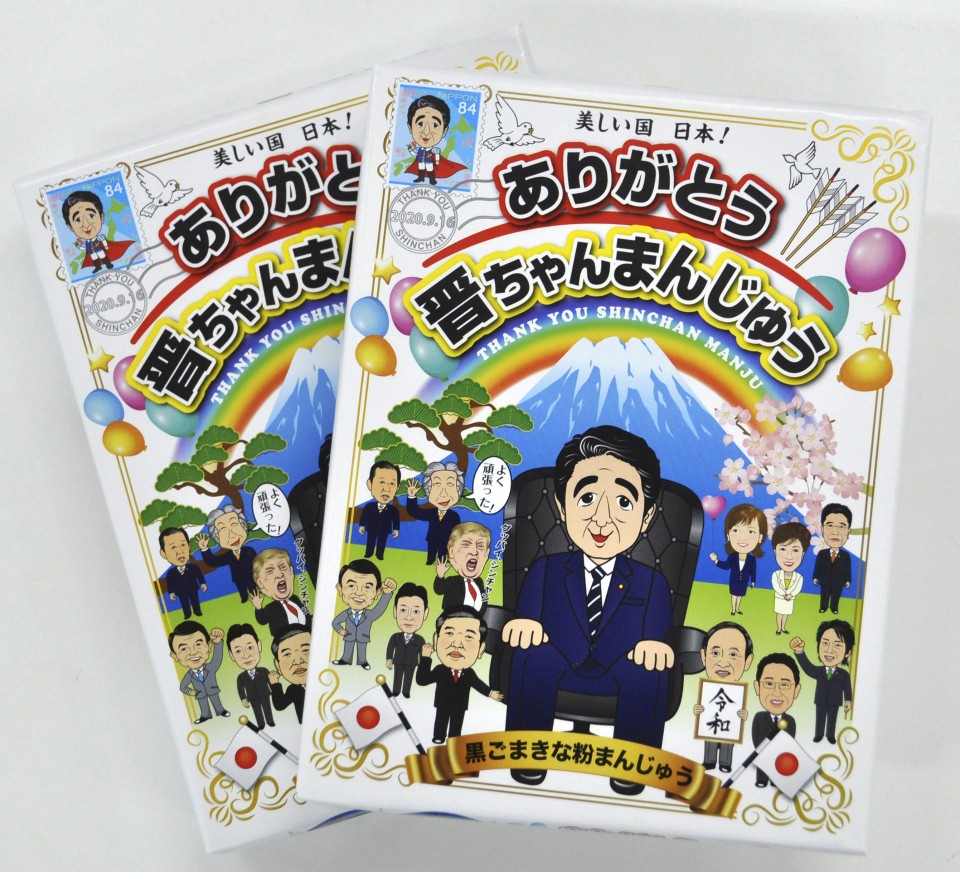 One box filled with 12 buns flavored with sesame and kinako, or soybean flour, which was the most popular flavor chosen by consumers, costs 700 yen ($6.60). The packaging features a caricature of Abe sitting on a chair surrounded by his potential successors as well as U.S. President Donald Trump.

The first edition of the sweets called "Tanjo (Birth) Shin-chan Manju," was launched during Abe's first stint as prime minister between 2006 and 2007, featuring an image of Abe with his fist held high, according to confectionary maker Daito Corp.

The company previously released a number of editions based on topical subjects, including the "Abenomics Manju," which was inspired by Abe's signature economic policies, and various other prime ministers.