Prime Minister Yoshihide Suga and Russian President Vladimir Putin agreed Tuesday that the two countries will aim to promote territorial negotiations based on a 1956 joint declaration, according to a Japanese government official.

In their first phone talks since Suga took office earlier this month, the two leaders underscored an accord Suga's predecessor, Shinzo Abe, and Putin struck in 2018 to advance negotiations based on the declaration stipulating that Moscow will hand over two of four disputed islands off Hokkaido to Tokyo after a peace treaty is concluded.

Speaking to reporters after the talks, Suga said, "I would like to put an end to the Northern Territory issue without leaving it to the next generation."

The 1956 accord, under which Japan and the then-Soviet Union normalized diplomatic relations, involves the two smaller islands -- Shikotan and the Habomai islet group -- of what are called the Northern Territories in Japan and the Southern Kurils in Russia.

The decades-old dispute over the islands, also involving Kunashiri and Etorofu, has kept the countries from signing a peace treaty after World War II.

Suga said he told the Russian leader that he would like to further develop overall bilateral relations. He quoted Putin as telling him that Moscow is ready to continue dialogue on "all bilateral issues."

The two agreed to meet in person soon to hold frank discussions, according to the prime minister.

The two leaders discussed prospects of cooperation on health care including the development of coronavirus vaccines, according to the presidential office.

In the roughly 20-minute conversation, which was held at the request of the Japanese government, Putin told Suga that he was ready to "cooperate constructively" on a range of bilateral and international issues, a Japanese official said.

The leaders agreed to develop Japan-Russia relations as a whole, including in the fields of politics, economics and culture, the official said.

Hours before the talks, Russia announced the start of military exercises on Kunashiri and Etorofu, involving more than 1,500 personnel and 200 machine guns and artillery pieces. 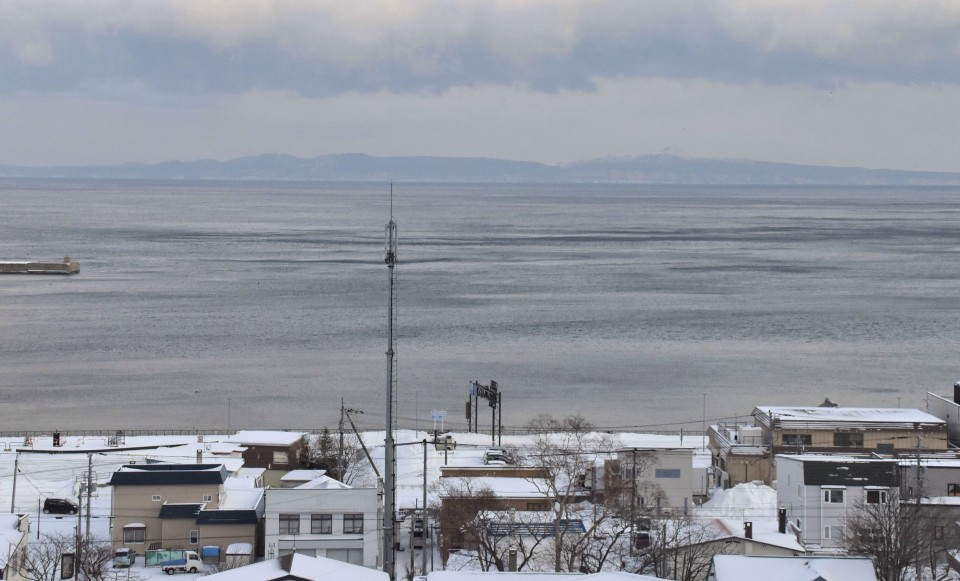 Chief Cabinet Secretary Katsunobu Kato said Japan was given advance notice of the drills last Thursday and had lodged a protest through diplomatic channels.

"Such actions are unacceptable as they will lead to a strengthening of Russia's military presence on the islands and are incompatible with Japan's position," Kato said at a press conference.

Despite the Abe-Putin agreement to promote territorial talks based on the 1956 declaration, little progress was made so far.

After announcing in late August his decision to resign due to health problems, Abe agreed with Putin by phone on the need for ongoing efforts to resolve the issue.

The two countries, meanwhile, have agreed to carry out joint economic projects on the islands in five areas -- aquaculture, greenhouse farming, tourism, wind power and waste reduction -- as a trust-building exercise.

The islands were seized by the Soviet Union following Japan's surrender in 1945. Tokyo argues the annexation was illegal and demands their return, while Moscow says it was a legitimate outcome of the war.