Family members of Japanese nationals abducted by North Korea in the 1970s and 1980s urged the government on Wednesday to work for the swift repatriation of victims, following the launch of a new Cabinet in Japan and the reappointment of the minister in charge of the abduction issue.

"Please return the victims to their home country as soon as possible," Sakie Yokota, whose daughter Megumi was abducted at the age of 13 in 1977, told reporters at her Kawasaki home, near Tokyo. 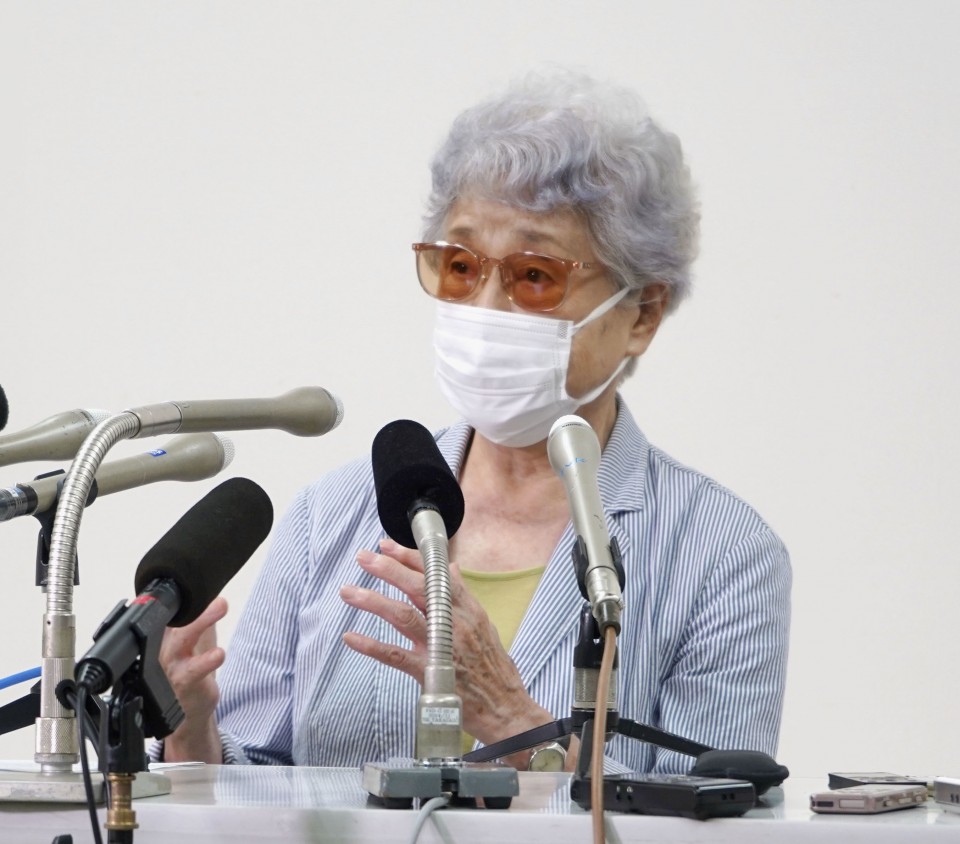 Sakie Yokota, whose daughter Megumi was abducted by North Korea in 1977 at age 13, speaks to the media in Kawasaki near Tokyo on Sept. 16, 2020, after Yoshihide Suga was elected Japan's new prime minister the same day. (Kyodo)

With the victims' family members aging, the 84-year-old Yokota said parents are unlikely to see their abducted children. Her husband Shigeru, a central figure in efforts to bring back the abductees, died at age 87 in June without ever seeing Megumi.

"There is no time to lose," Kato said Wednesday at his first press conference after assuming the post, referring to the aging families of the victims.

He also said he will strengthen Japan's cooperation with its key allies including the United States over the abduction issue.

Shigeo Iizuka, 82, who heads a group of the victims' families, also expressed renewed hope for the return of his sister Yaeko Taguchi, after he talked with Kato by phone Wednesday and the minister expressed his resolve to work more to address the abduction issue.

Japan officially lists 17 people as having been abducted by North Korea with five already repatriated. But Pyongyang maintains that eight died, including Megumi Yokota, and that the other four never entered the country.

Among the five allowed to return home in 2002, Kaoru Hasuike, 62, said in a statement, "I would like the Japanese government to send a stronger message to North Korea without further delay."

Yasushi Chimura and his wife Fukie, both 65, said through their city government in Obama, Fukui Prefecture, "We sincerely hope that the (new Japanese Prime Minister Yoshihide) Suga Cabinet will fully resolve the abduction issue."

The Chimuras were also among the abductees to return to Japan with Hasuike.