Desperate to locate their loved ones who went missing in waters off Japan early this month, the families of the Filipino crew on a capsized cargo ship are calling for continuation of the search, which Tokyo says is still under way.

Philippine lawmaker Risa Hontiveros said Friday she has sent a letter to the Department of Foreign Affairs urging it to press Japan to continue and expand its search operations to find those still missing, including the 36 Filipino seafarers, who were on the Gulf Livestock 1. 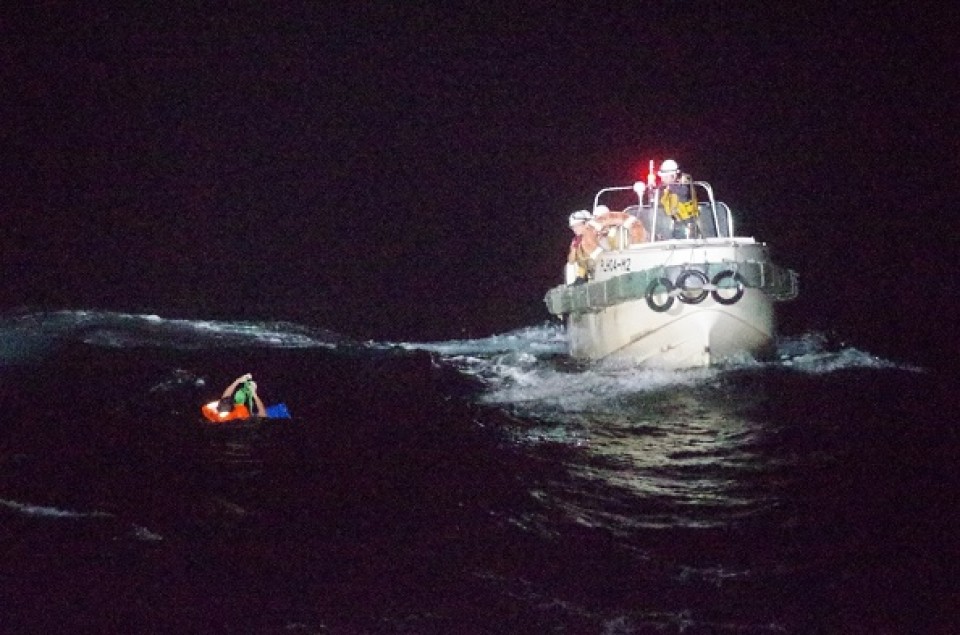 Sareno Edvarodo, a 45-year-old chief officer from the Philippines of the capsized ship 'The Gulf Livestock 1' is seen being rescued by Japan Coast Guard on September 02, 2020 in the East China Sea off the coast of Amami Oshima, Japan. (Photo by Japan Coast Guard, 10th Regional Coast Guard Headquarters)(Getty/Kyodo)

"It has been two weeks. There is still no news about their family members. They are anxious and worried how their husbands, fathers or sons are doing," the senator said in the letter referring to the families of the missing crew.

The Panamanian-registered cargo ship en route to China from New Zealand sent a distress call in the stormy East China Sea in the early hours of Sept. 2, from about 185 kilometers west of Amami-Oshima Island in Kagoshima Prefecture, southwestern Japan, according to the Japanese coast guard.

The ship was carrying 43 crew members, including two Australians and two New Zealanders, as well as about 5,800 head of cattle.

Two Filipino crew members were later rescued by the Japanese coast guard, with a third Filipino found dead, according to Philippine authorities.

"One of the survivors said the crew were able to (put on) their life jackets before jumping into the water. This gives families hope they might still be alive at sea or on an island," Hontiveros said.

An official at the Japanese Embassy in Manila said the coast guard's operations are "ongoing."

The senator said search and rescue efforts should continue and be expanded, while allowing other countries to join the search.

The families of the missing crew from Australia and New Zealand have also called for help from authorities.

"There are definitely, we know, four life rafts out there somewhere -- whether they have people on them or not -- which are unaccounted for," said Sarah Mainprize, whose brother William is one of the missing.