Suga, who has already secured the overwhelming support of Liberal Democratic Party lawmakers for its presidential election next week, had the backing of 50.2 percent of those surveyed, followed by Ishiba, a rare critic of Abe's administration within the party and one of the two other contenders in the race, at 30.9 percent. 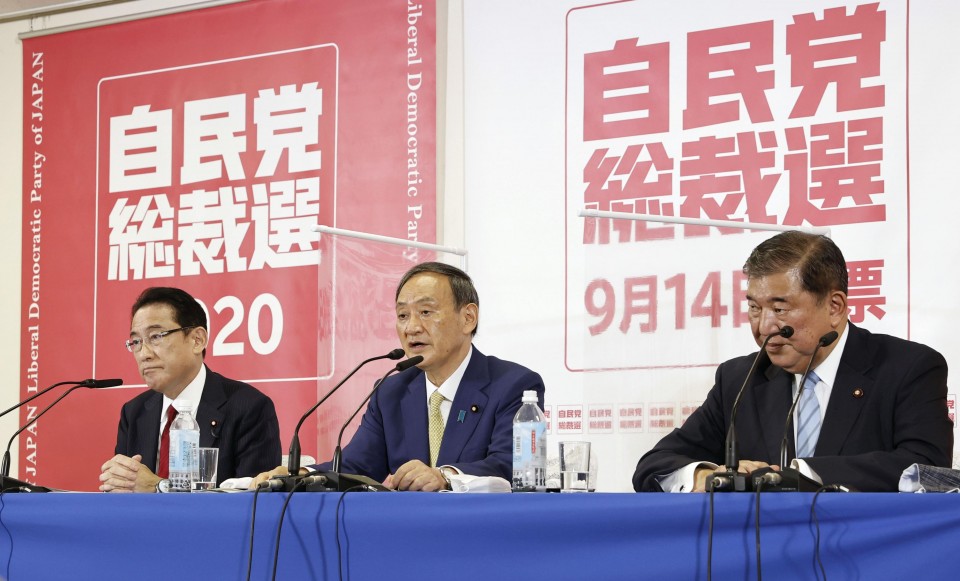 The nationwide telephone poll, which was conducted over two days from Tuesday and collected more than 1,000 responses, showed support for the third candidate, LDP policy chief Fumio Kishida, stood at 8.0 percent.

The figures represent a stunning shift in public opinion from the immediate aftermath of Abe's abrupt announcement last month that he is stepping down to receive treatment for a chronic bowel disease.

In the previous Kyodo survey, conducted on Aug. 29 and 30, Ishiba held a definitive lead with 34.3 percent support, followed by Suga with 14.3 percent and Kishida, a former foreign minister, with 7.5 percent.

That poll in August included other potential contenders such as Defense Minister Taro Kono and Environment Minister Shinjiro Koizumi, unlike the latest survey which narrowed it down to the three candidates that ended up running.

On whether Abe's successor should continue his push to amend Japan's postwar Constitution, 57.9 percent said no with 36.0 percent responding yes.

All three candidates have said they will seek an amendment, though they differ on what changes to make and how to do it.

Suga, who has been Abe's right-hand man for nearly eight years, and Kishida have said they will stick to the LDP's 2018 proposal to add an explicit reference to the Self-Defense Forces in the war-renouncing Article 9, thereby legitimizing their existence.

Ishiba, meanwhile, is pushing to revive a more drastic 2012 proposal to remove a paragraph banning Japan from possessing a military with "war potential."

Asked about the Abe administration's economic policies focusing on monetary easing, fiscal stimulus and structural reforms, dubbed "Abenomics," 58.9 percent of respondents called for a change while 33.3 percent said they should be continued.

The LDP presidential election will be held Monday in an abridged form due to Abe's resignation in the middle of his term and the coronavirus pandemic, with lawmakers holding 394 votes and local party chapters holding 141 votes.

The decision to scale down the election has drawn criticism from within the LDP as disenfranchising the party's grassroots.

Asked whether the decision was appropriate, 48.1 percent said no compared with 44.2 percent replying yes.

About 44 percent of the respondents selected the coronavirus pandemic as one of the two major issues they want Japan's new prime minister to prioritize. This was followed by the economy and employment at 34.9 percent, and social welfare, such as national pensions and healthcare, at 30.0 percent.

It also found "leadership" is the most sought quality from the next leader at 25.3 percent, followed by "political ideals and policies" at 22.9 percent and "honesty and modesty" at 21.2 percent. 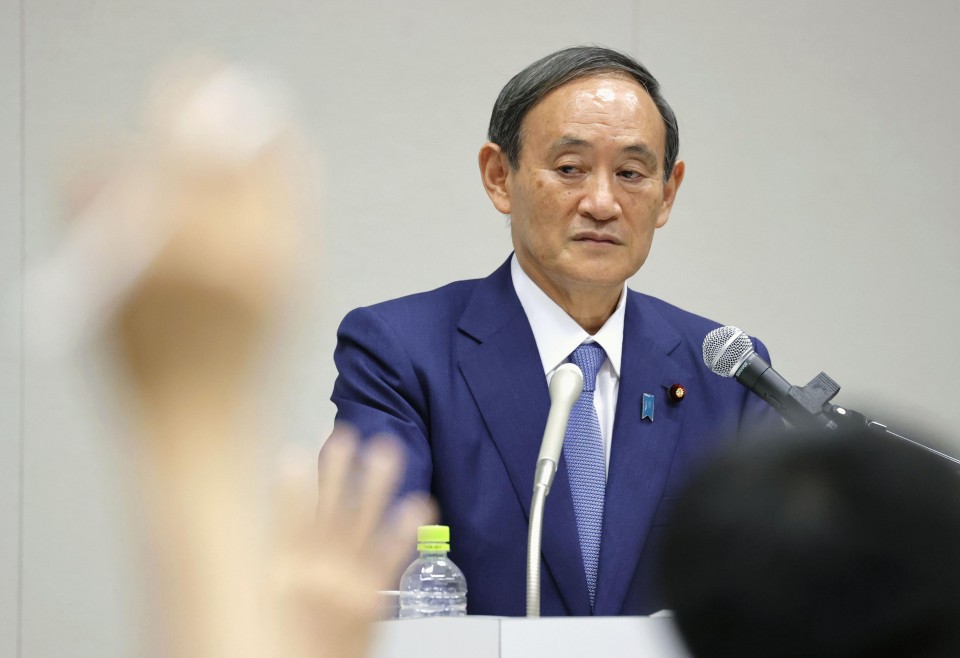 As for which party they plan to vote for under the proportional representation system in the next House of Representatives election, 48.1 percent of respondents said the LDP, while 15.7 percent said the new opposition party formed through a merger of the Constitutional Democratic Party of Japan and the Democratic Party for the People.

Given a choice of the most appropriate timing for the election, 58.4 percent said at or immediately before the end of the lower house's current term in October 2021, followed by 13.2 percent with "as soon as possible," 10.1 percent with "within the year" and 14.3 percent with "the first half of next year."