The dismal landmark came just two days after the world's second most populous country, with over 1.3 billion people, reported that its novel coronavirus cases had surpassed 4 million. 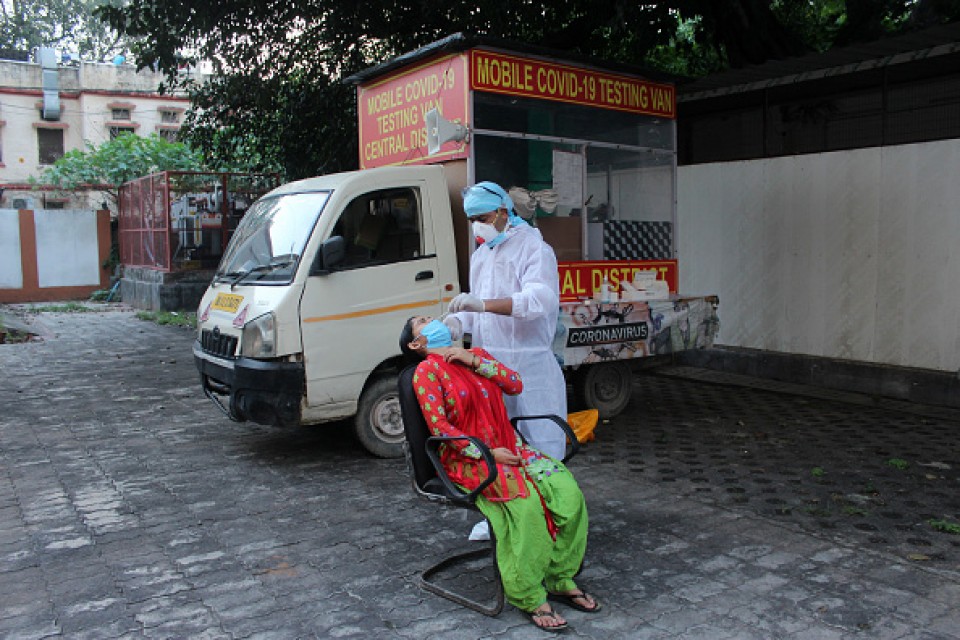 The United States leads the world with over 6 million cases, according to the World Health Organization.

India overtook Brazil after logging 90,802 new cases over the 24-hour period to 8 a.m. Monday. Recently, India has been recording the largest number of daily new cases in the world.

India's coronavirus fatalities totaled 71,642, up 1,016 from the previous day, according to the Health and Family Welfare Ministry, the third-highest number of deaths behind the United States and Brazil.

But the ministry said India's mortality rate has been kept relatively low due to government efforts to detect infections early and treat patients in a timely manner.

Roughly 77 percent of those infected have recovered from COVID-19, the disease caused by the coronavirus, according to the ministry.

More than half of the total confirmed cases were concentrated in the western state of Maharashtra, whose capital is Mumbai, as well as the state of Tamil Nadu and two other states in the south.

The Indian government imposed a nationwide lockdown from late March to the end of May. It has been easing the measure in stages since June.

In the nation's capital region, the Delhi Metro rapid transit system partially resumed service on Monday after it was suspended in late March in the wake of a spike in coronavirus cases.

However, the lockdown is set to remain in force in designated COVID-19 containment zones until the end of this month.