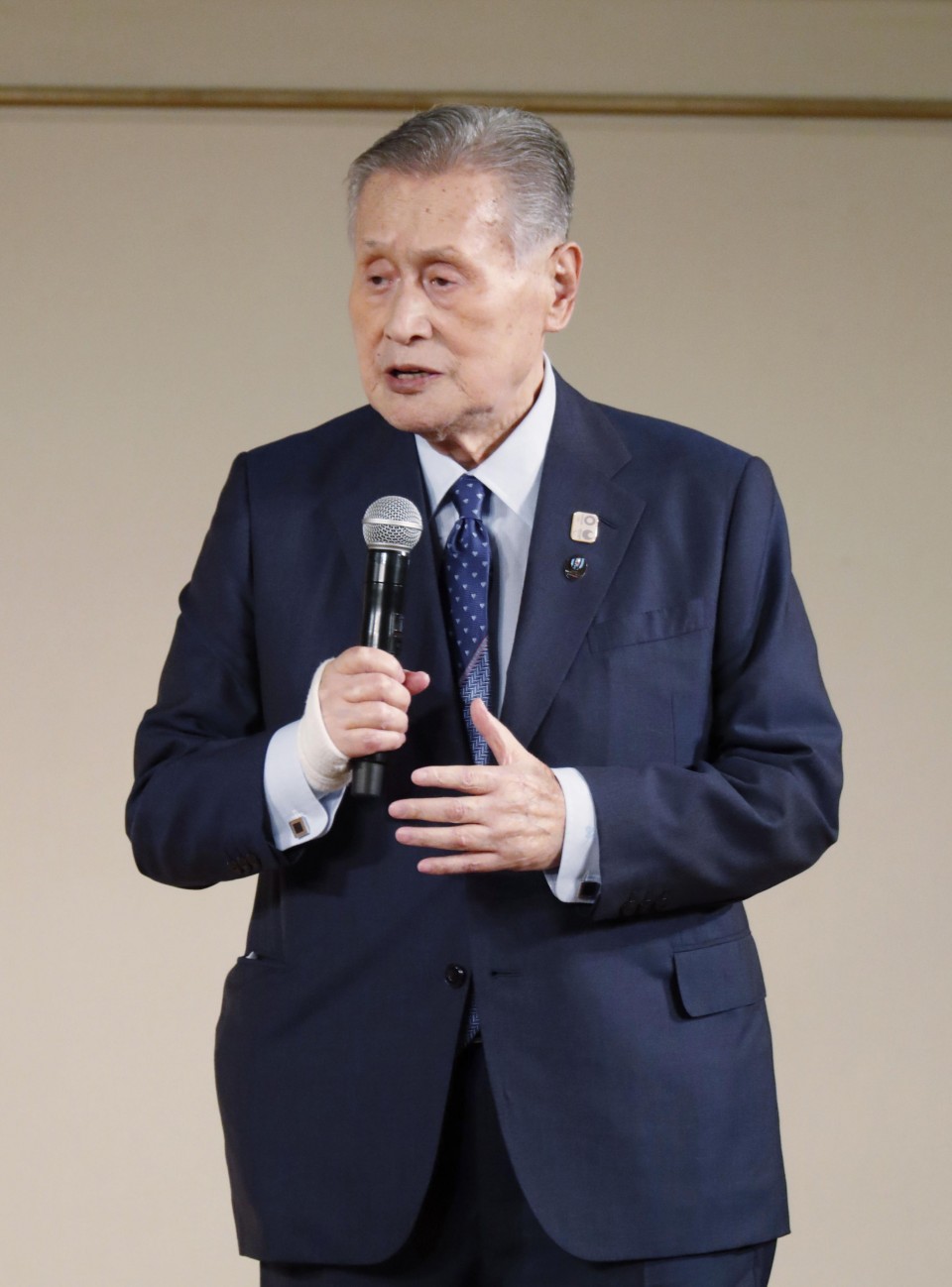 Yoshiro Mori, president of the Tokyo Olympic and Paralympic organizing committee, speaks during a fundraiser for the Liberal Democratic Party's largest faction led by Hiroyuki Hosoda in Tokyo on Sept. 28, 2020. (Kyodo)

Yoshiro Mori, the president of the Tokyo Olympics and Paralympics organizing committee, said Monday that the games would go on next year "no matter what happens."

The former prime minister was speaking at a party held by the ruling Liberal Democratic Party's Hosoda faction. He explained that measures now being worked out will make the games safe in the face of the novel coronavirus pandemic that forced their postponement until next July.

A government-led panel has worked out immigration protocols that will allow athletes to travel to Japan and train even if Japan is prohibiting travel from their homeland.

"No matter what happens, we will be able to hold the Olympics," Mori said.