TOKYO - Japan's Prime Minister Yoshihide Suga told South Korean President Moon Jae In in a phone call on Thursday that relations between the neighboring countries -- which have been strained by a diplomatic feud over wartime labor -- need to be improved.

Speaking to reporters following his first conversation with Moon since taking office last week, Suga said Japan and South Korea are "extremely important neighbors" but that bilateral ties are in a "very difficult situation" and need mending.

"I told President Moon that we cannot allow our relations to remain as they are," he said. 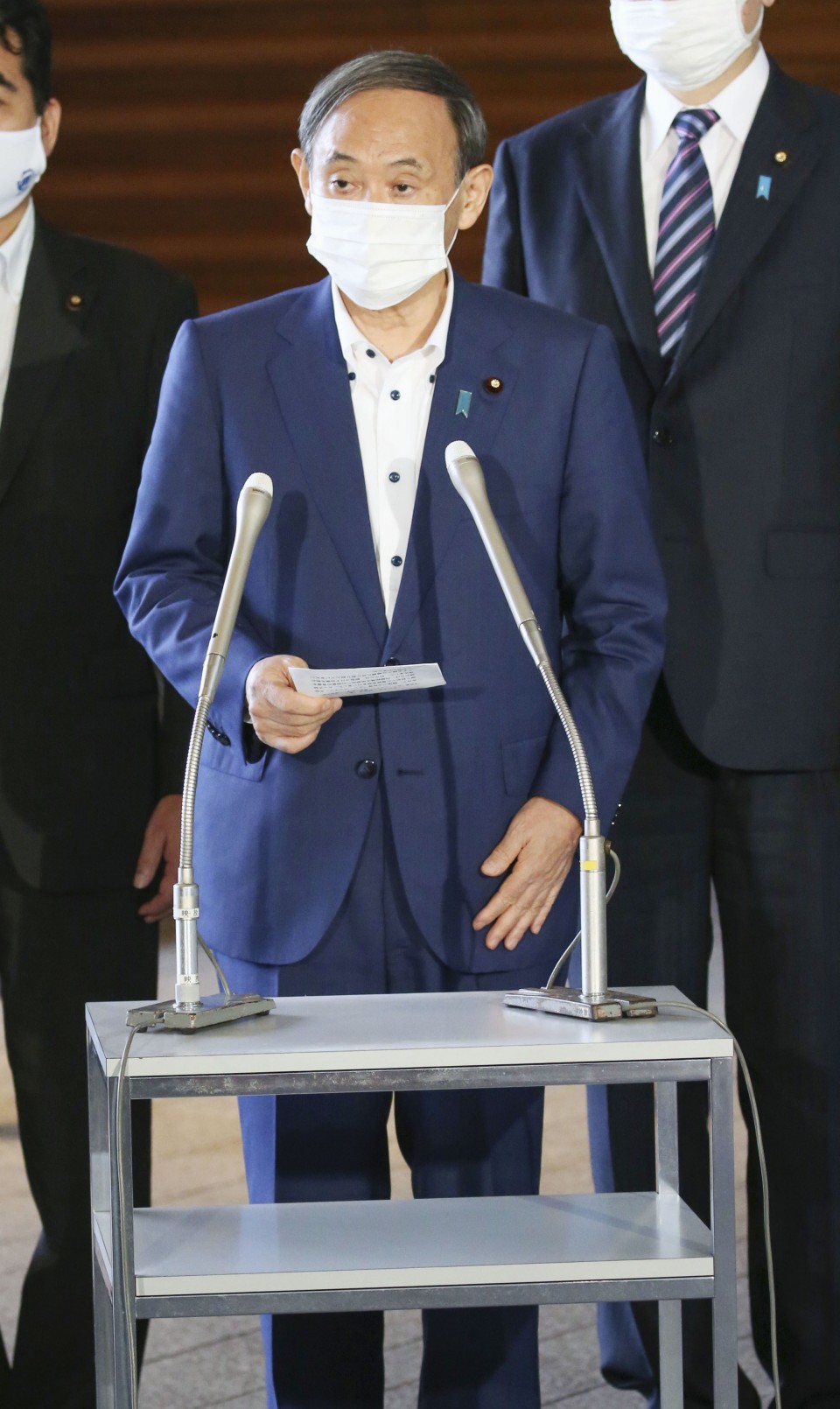 Bilateral ties have remained frayed since South Korea's top court in October 2018 ordered a Japanese steelmaker to compensate four Koreans for labor during Japan's colonial rule of the Korean Peninsula through the end of World War II.

Tokyo argues the court ruling violates a 1965 agreement under which Japan provided South Korea with financial aid on the understanding that the compensation issue was settled "completely and finally," and warned that selling off assets seized from the steelmaker, Nippon Steel Corp., will further aggravate the situation.

Suga told Moon that it was up to Seoul to create an opportunity for Japan and South Korea to "return to a constructive relationship," according to a Japanese official who briefed reporters, continuing the hardline stance taken by his predecessor Shinzo Abe.

Moon said the countries are "the closest of friends that share basic values and strategic benefits," South Korea's presidential Blue House said, and that despite their differing positions on the wartime labor issue should seek an "optimum" solution that would be acceptable for all involved parties.

After the phone call, which lasted about 20 minutes, Suga told reporters that he would continue to "strongly urge South Korea to take appropriate action."

Meanwhile, he also said, "Japan and South Korea are extremely important neighbors and we must work together as well as with the United States to deal with issues including North Korea."

Suga asked for South Korea's continued support in efforts to secure the return of Japanese nationals who were abducted by North Korea in the 1970s and 1980s, and Moon promised to give it, according to the Japanese official.

The two agreed to work toward allowing businesspeople to travel between the two countries amid restrictions meant to curb the spread of the novel coronavirus, the official said.

It was the first time the leaders of Japan and South Korea have spoken since a meeting between Abe and Moon in Chengdu, China, in December last year. Before that, the leaders had not held a formal summit in 15 months, underscoring the frosty ties between the countries.

Since taking over for Abe, who resigned citing a health problem, Suga has spoken by phone with a number of world leaders including U.S. President Donald Trump, Australian Prime Minister Scott Morrison and British Prime Minister Boris Johnson.

Suga affirmed in a conversation earlier Thursday with U.N. Secretary General Antonio Guterres that Japan will continue to work with the international community to tackle the coronavirus pandemic. The two also agreed to cooperate on other global issues including climate change, according to Japan's Foreign Ministry.