Japan's weather agency warned Wednesday that a typhoon heading toward the eastern part of the country could bring heavy rain and cause landslides and flooding.

Typhoon Dolphin, this year's 12th typhoon, is approaching eastern Japan and forecast to move northward along its Pacific coast, bringing heavy rain to parts of eastern and northeastern regions through Friday, the Japan Meteorological Agency said. 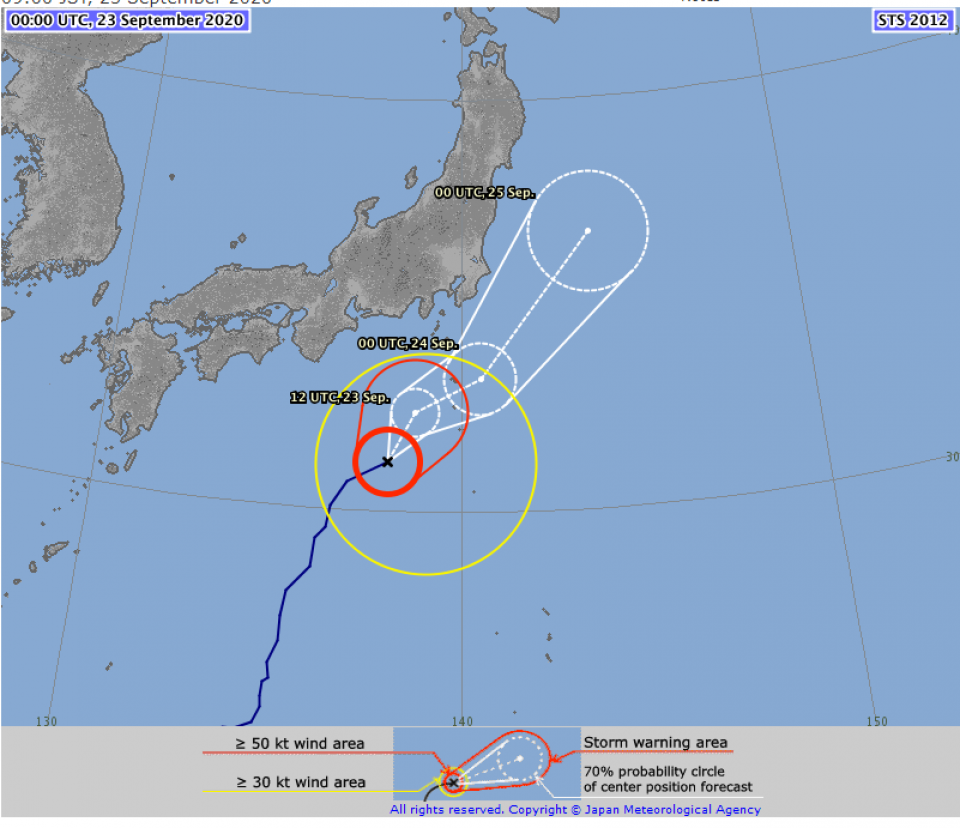 The typhoon is unlikely to make landfall on eastern Japan as previously feared, but areas affected by it could see tornadoes and thunder, it said.

The government on Wednesday launched a task force at the prime minister's office to gather information in cooperation with ministries and agencies concerned.

Hachiro Okonogi, minister for disaster management, called on local governments to prepare for the smooth evacuation of residents.

As of 6 p.m., the typhoon was located around 70 kilometers southeast of Hachijo Island heading northeast at a speed of about 25 kilometers per hour over the Pacific Ocean.

It had an atmospheric pressure of 985 hectopascals at its center, with a maximum gust speed of 126 kph, according to the agency.

In the 24 hours through 6 p.m. Thursday, rainfall of up to 250 millimeters is forecast for the Izu island chain, up to 200 mm for the Kanto region including Tokyo, and up to 180 mm for the northeastern Tohoku region.