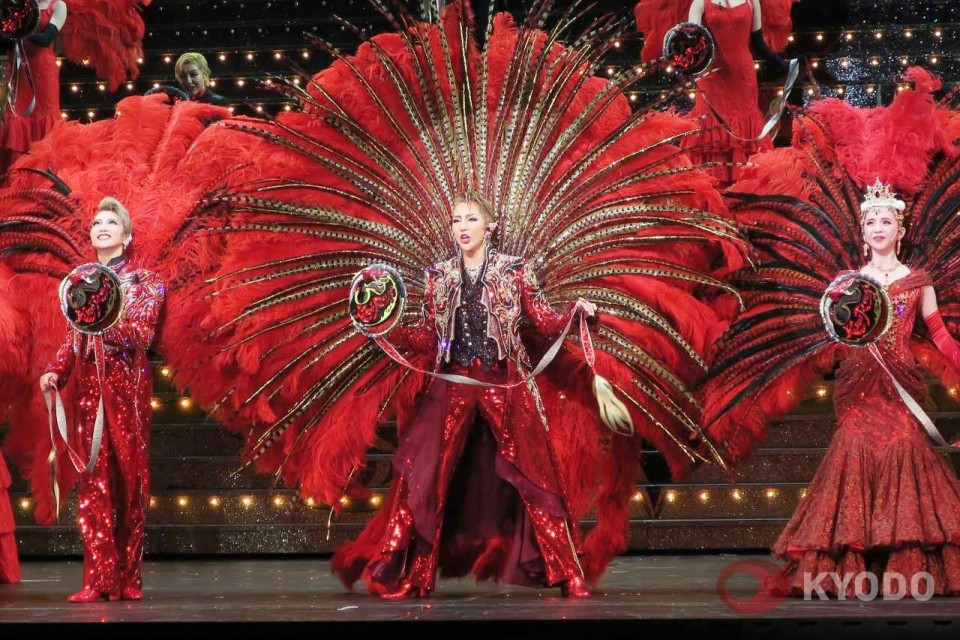 A rehearsal by the Japanese all-female Takarazuka Revue in Taipei on Oct. 19, 2018, on the eve of its tour in Taiwan. (Kyodo)

KOBE - The school training teenage girls to become actresses in the Takarazuka Revue, Japan's all-female musical theater, has abolished irrational rules observed for decades by students, including bowing to a train that might be carrying a senior-class student, school officials said Saturday.

The Takarazuka Music School spent several years to do away with the unwritten rules whose origins are unknown, which also include making a prescribed facial expression toward senior-class students and saying only "yes," "no," and several other prescribed words when talking with them.

The officials said although the school places importance on discipline, they have decided to scrap the rules in consideration of growing social awareness of harassment issues following a spate of scandals involving bodily punishment in sport and bullying at schools. 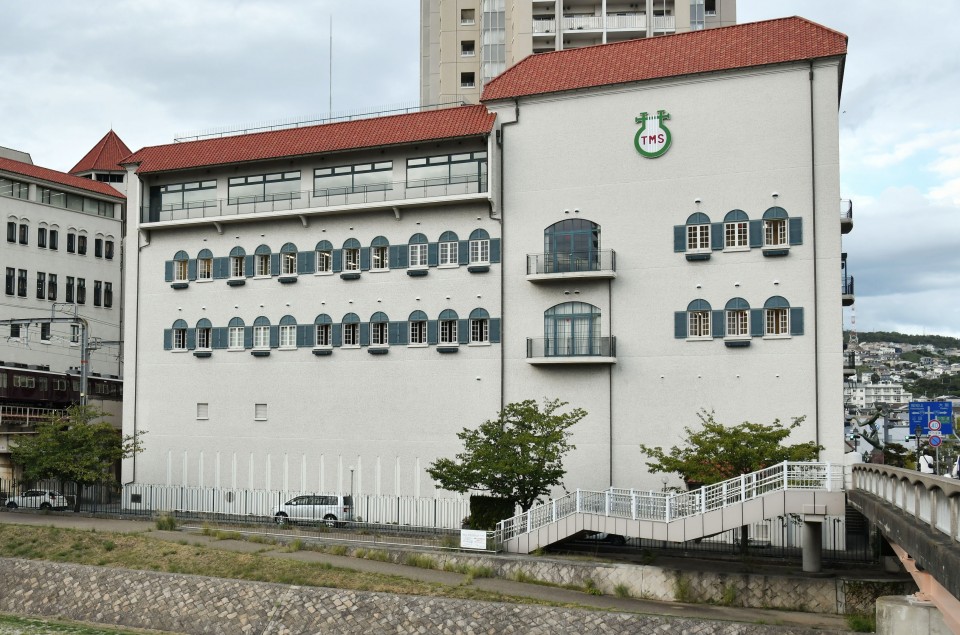 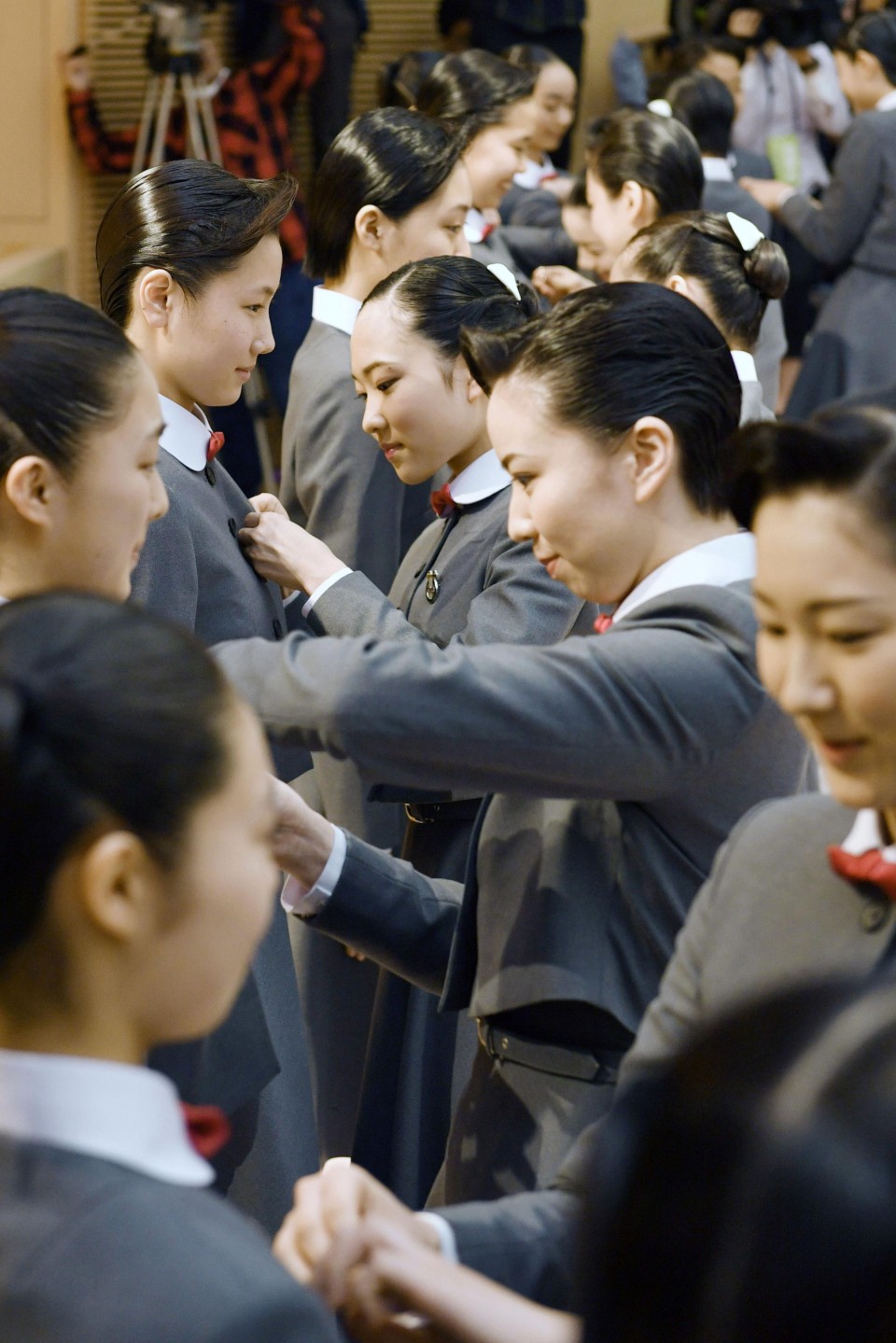 Newly enrolled students (left row) of the Takarazuka Music School have their school pins attached to their uniforms by current students during the entrance ceremony at the school in April 2017. (Kyodo)

"We want to preserve good traditions, but we also need to change so we can fit with the times," said Naoya Horiuchi, one of the officials at the school located in Takarazuka, Hyogo Prefecture in western Japan.

Launched in 1913 as the theater troupe Takarazuka Shokatai (Takarazuka Chorus), the Takarazuka Revue marked its centennial in 2013 and has performed overseas as well.

The only persons eligible to join the revue company are graduates of the music school, where young women spend two years in taking lessons in performing arts such as ballet, singing and Japanese dancing.

The school accepts 40 new students each year who have passed a highly competitive entrance exam with a rate of one successful applicant out of more than 20. The school's motto is "Purity, Honesty, Beauty."

"I'm surprised to know that they were still doing the bow to trains, which has often been talked about by retired Takarazuka actresses as an anecdote," said theatrical entertainment critic Ayako Bando, in commenting on the school's abolition of the rules.

"I am sure the school can develop discipline and good manners without resorting to irrational traditions and the Takarazuka Revue's beauty of form will not be diminished," Bando said, adding she hopes the reform will lead to creating an even more attractive revue. 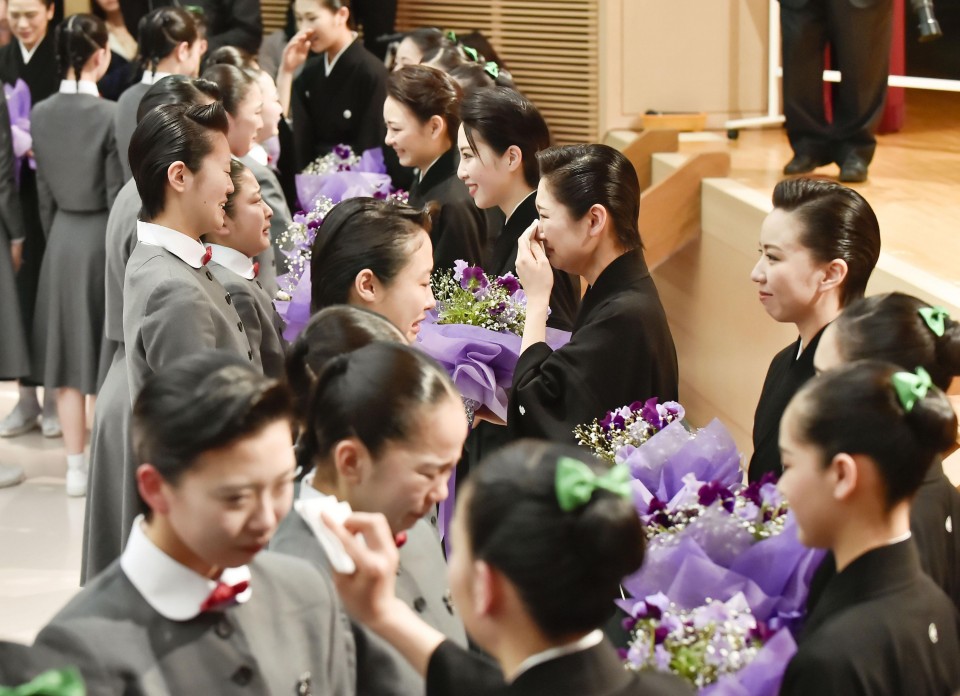