An English website featuring stories about Akita dogs, a popular breed known for their good looks and loyalty to their owner, was launched Friday by a local newspaper company in northeastern Japan.

The English version of the Akita Inu News by the Akita Sakigake Shimpo opened with four articles. The company plans to add more English articles to the website on a regular basis. 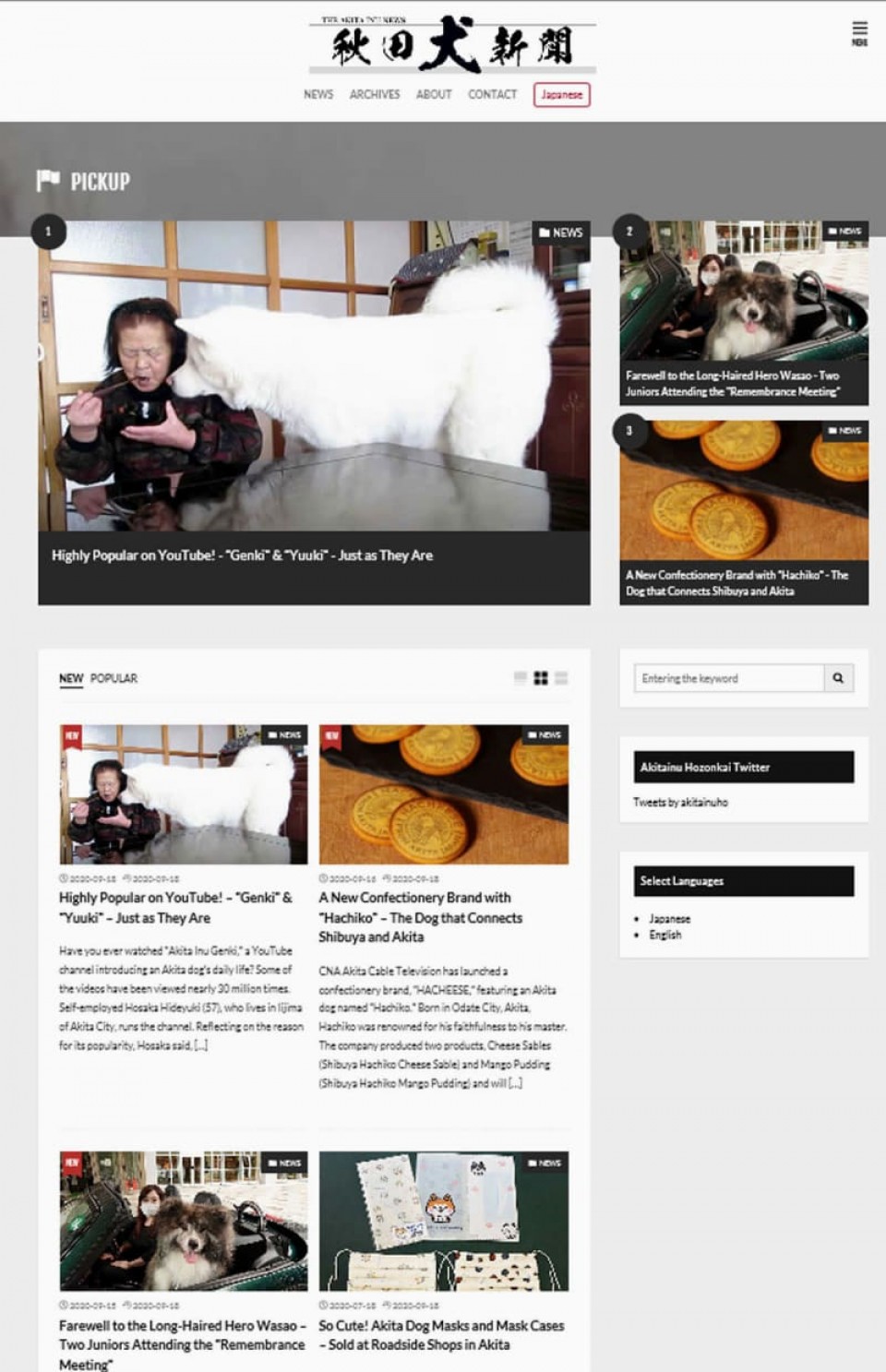 The English version of the Akita Inu News by the Akita Sakigake Shimpo. (Kyodo)

One of the four articles introduced the YouTube channel "Akita Inu Genki," which depicts the daily life of an Akita dog and its owner, with one of the posts on it attracting more than 28 million views, while another highlighted masks adorned with illustrations of Akitas, which are sold in the prefecture.

The daily started a special monthly page dedicated to articles about Akita dogs in January and opened a Japanese website in July.

Akitas have grown popular overseas, in particular in Russia, after President Vladimir Putin received one as a gift from the prefectural governor in 2012, following Moscow's support for the 2011 devastating earthquake that hit northeastern Japan.

In 2018, Russian Olympic figure skating champion Alina Zagitova was given an Akita puppy by a Japanese group preserving the breed, which she named "Masaru," meaning victory in Japanese.

The company, established in the late 19th century, said it plans to translate into English articles on Keller's 1937 visit to Akita, during which she was given a dog as a gift, and post them on the newly launched website.