A Japanese high court upheld Tuesday a lower court ruling that sentenced a mother to eight years in prison for parental neglect that resulted in the death of her 5-year-old daughter in 2018.

In the high-profile child abuse case, the Tokyo High Court rejected an appeal by Yuri Funato, 28, who was accused of causing her daughter Yua to die of sepsis in March 2018 in Tokyo's Meguro Ward. 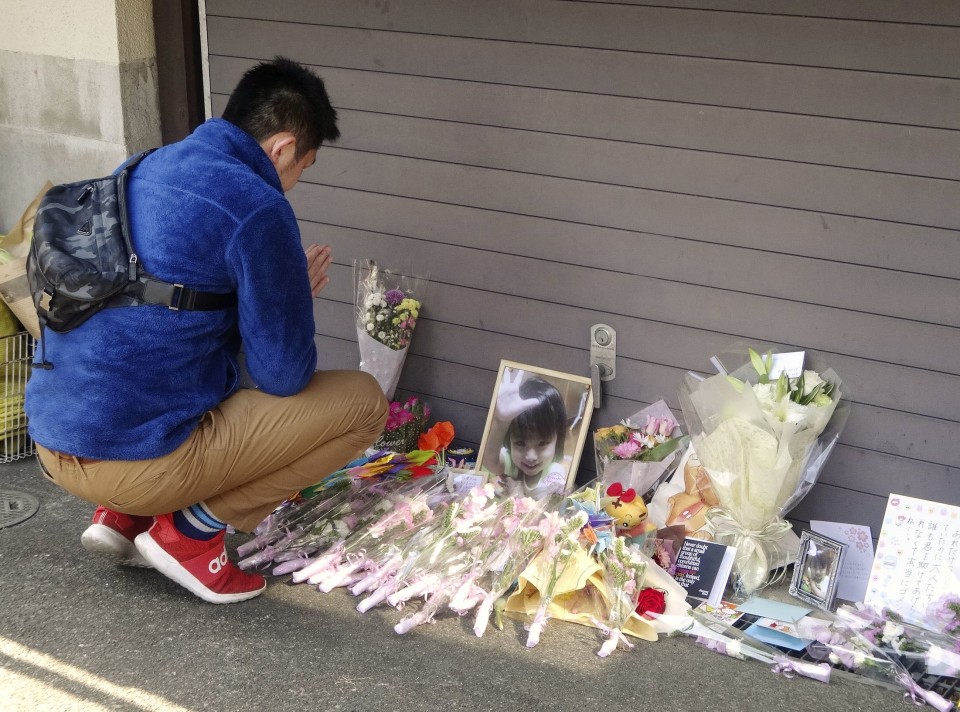 A man puts his hands together in Tokyo on March 2, 2019, in front of a photo of Yua Funato, who died a year earlier at age 5 after abuse and neglect she had suffered by her parents. (Kyodo)

"Even considering domestic violence by her former husband, the court does not see that the level of her involvement in the abuse was small," Presiding Judge Atsuo Wakazono said.

"Even if there was an influence (of domestic violence), she should have been capable of taking action as a mother to get medical support for her daughter," the judge said.

Funato's lawyer said she does not intend to appeal the ruling.

Funato, who did not attend the court proceedings Tuesday, was quoted by the lawyer as saying, "I have done everything I should, and I would like to go to prison at once."

According to the Tokyo District Court ruling in September last year, Funato did not feed Yua adequately from around late January that year or take her to the hospital even though the girl's condition seriously deteriorated following an assault by her then husband, and Yua's stepfather, Yudai Funato. Yua died after developing pneumonia.

In the appeal trial, Funato's defense lawyer argued the lower court ruling was too severe as she had been the target of her husband's psychological abuse and was powerless to stop him. The couple, who also have a boy born after they married in 2016, are now divorced.

Yudai Funato, 35, was sentenced to 13 years in prison last October for physical abuse and neglect that led to the child's death. The sentence has been finalized.

During the one-day high court hearing held in July, Yuri Funato said she published a collection of her notes on her daughter's death in February and donated the royalties to a group supporting abused children.

The high-profile case drew nationwide attention for the girl's desperate pleas for her parents to stop mistreating her.

It prompted the parliament to enact revised laws banning parents and other guardians from physically punishing children and strengthening the ability of child welfare centers to intervene in cases where abuse is suspected.